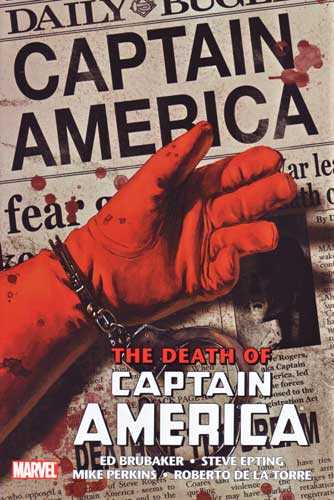 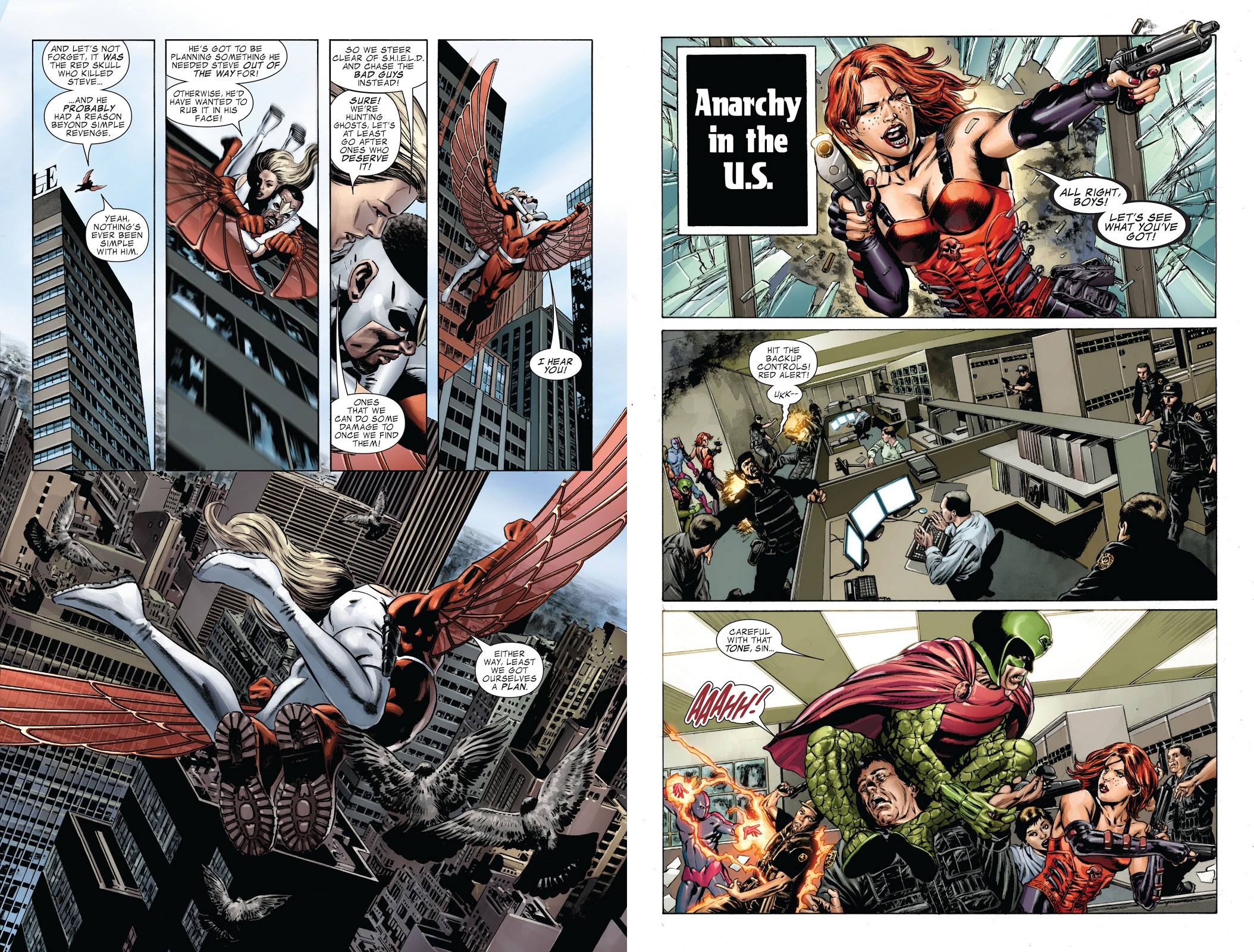 Considering it’s in the title, it’s no secret that Captain America died. To avoid later confusion, that’s the Steve Rogers iteration, the most famous and long-running. That’s his part done for this book. Although the chapter of his death closed the previous volume, it’s also the opener here, which is appropriate considering everything that follows spins from that story, and its absence would short-change readers only buying this collection.

With the death supplied, writer Ed Brubaker starts the investigation and the fallout. The readers are initially a few steps ahead of the puzzled cast, aware of the killer’s identity if not their motives, which also appear to be hidden from the killer themselves. The story reads better as a collection than as individual issues, as the deliberately fractured segments build upon each other heading toward a bigger picture. The cast is spread wide. Black Widow, Sharon Carter, The Falcon, Winter Soldier and Tony Stark (primarily as head of super homeland security agency S.H.I.E.L.D, rather than as Iron Man) share the spotlight, with usurped S.H.I.E.L.D. head honcho Nick Fury a well-informed background presence. Narrative source is diligently identified by colour coded dialogue panels.

Brubaker’s approach delivers equal time for the villains of the piece. We drop in and out of the activities of Red Skull, his sadistic daughter Sin, her brutal boyfriend Crossbones, hypnotist and psychiatrist Dr Faustus, and mad scientist Arnim Zola. They’re all given a greater complexity than on pre-Brubaker appearances, with an anomaly about why the Red Skull has such a hated for the USA neatly explained.

A decision is eventually taken that there should be a replacement Captain America, but his approach ramps up the confrontational aspects. There’s an acceptance that Captain America doesn’t kill, but maiming is on the agenda, which doesn’t sit well with the entire cast.

In the latter pages the art takes a jarring turn for a chapter. Primarily and effectively provided by Steve Epting and Mike Perkins to that point (see sample spread), the work of Roberto De La Torre fails to adhere to the established look. His segment coincides with some clumsy writing from Brubaker, who to this point had masterfully trickled the slow release of information.

The extras in this volume are thin on the ground in comparison with volume one, largely restricted to press cuttings about the storyline.