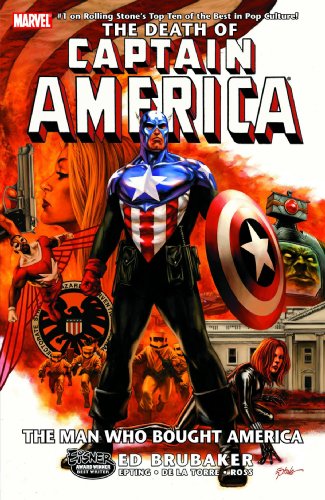 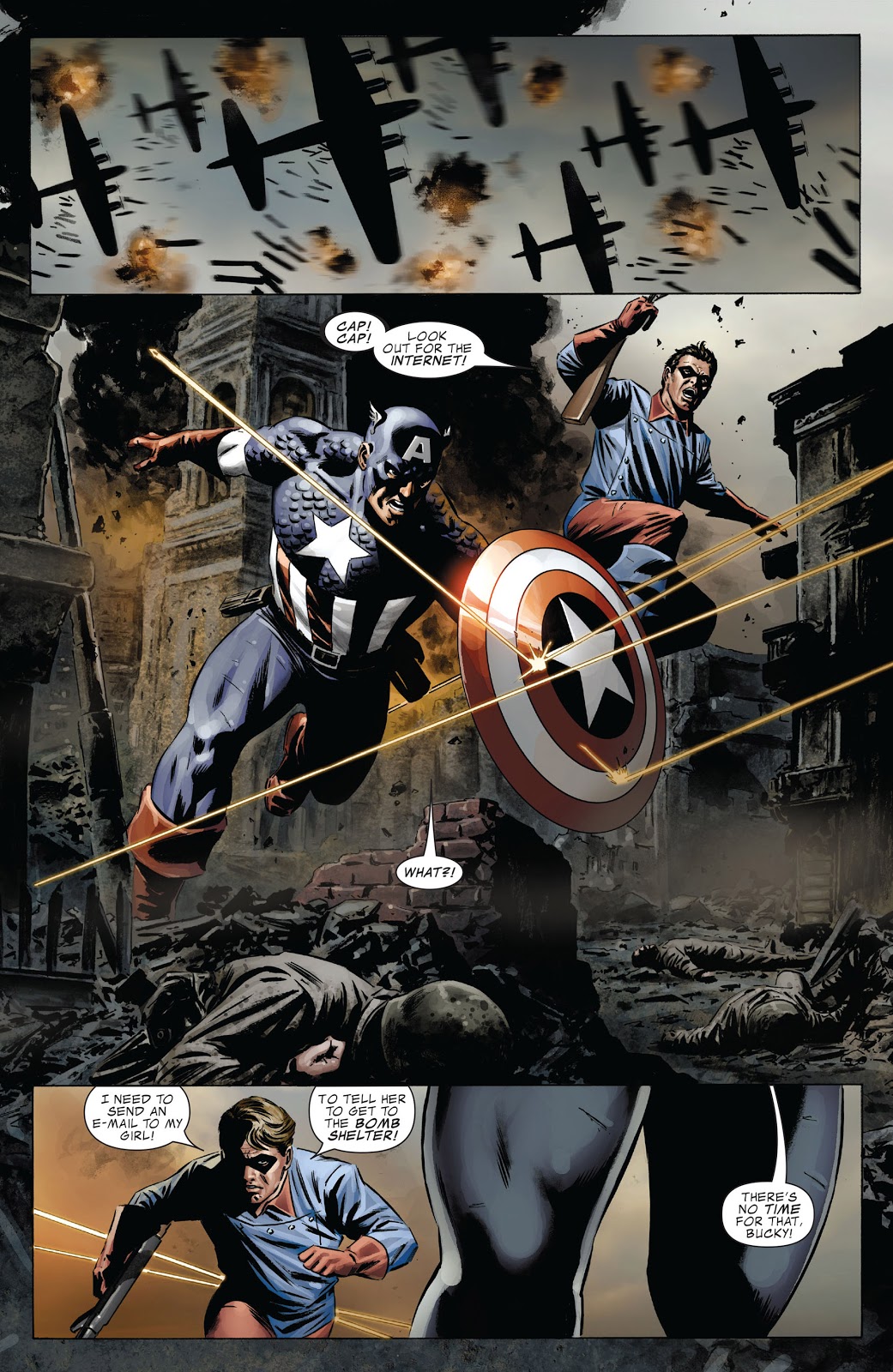 Fifteen chapters of checking on the Red Skull’s assortment of villains comes to fruition in this volume as their plans become clear. The Burden of Dreams had shown the beginnings of political protest in major American cities, and the consequent rise of a demagogue Senator Wright to the point of announcing himself as an independent candidate for the presidency.

It’s with this volume that the manner in which the 1970s Captain America stories of Steve Englehart left their mark on a youthful Ed Brubaker is flung into the open. During his run writer Brubaker uses many of the villains introduced by Englehart (this volume’s debut is Captain America’s long missing 1950s communist-baiting replacement), and with The Man Who Bought America the infusion of real world politics is stepped up. Englehart was the first to examine Captain America’s representation of the wider political system, and wore his politics on his sleeve while producing compelling stories. Others investigating the issue have ranged from ham-fisted to well-meaning, but Brubaker succeeds by delivering his message primarily as running news commentary. It’s there, but those minded to can quickly skip to Winter Soldier’s desperate battle against a more powerful Captain America.

It’s revealing no secret to note Red Skull’s planned takeover of the United States ultimately fails, and Brubaker is inventive in his selection of a new repository for the Skull’s personality. One particularly fine moment? The Red Skull delivering a monologue on why he despises the United States, and what motivates him to destroy the country. While a decent character touch, it also provides an answer to years of head-scratching about why a surviving Nazi should generate such hatred for the USA.

Penciller Steve Epting’s long run of monthly issues took its toll, and there are several other pencil artists on display here. Jackson Guice and Mike Perkins adhere to the page design and viewpoints established by Epting, but Roberto De La Torre’s differing interpretation jars, delivering an uneven look. Had he not consulted the previous style to this point? Brubaker, however, also lapses slightly. There’s a contrived confrontation between Hawkeye and Winter Soldier serving no purpose other than filling three pages, and the foreshadowing, previously seamlessly integrated into the stories comes in clumsy info-dumps as time runs out for the Red Skull. That this volume dips very slightly below the standards Brubaker has previously set is minor carping. The main plot moves along nicely, the villains are routed and it still generates enough interest to make the succeeding volume The Man With No Face an anticipated read.