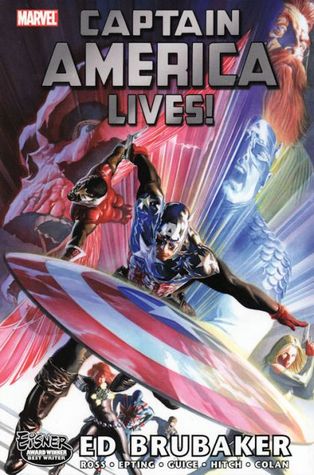 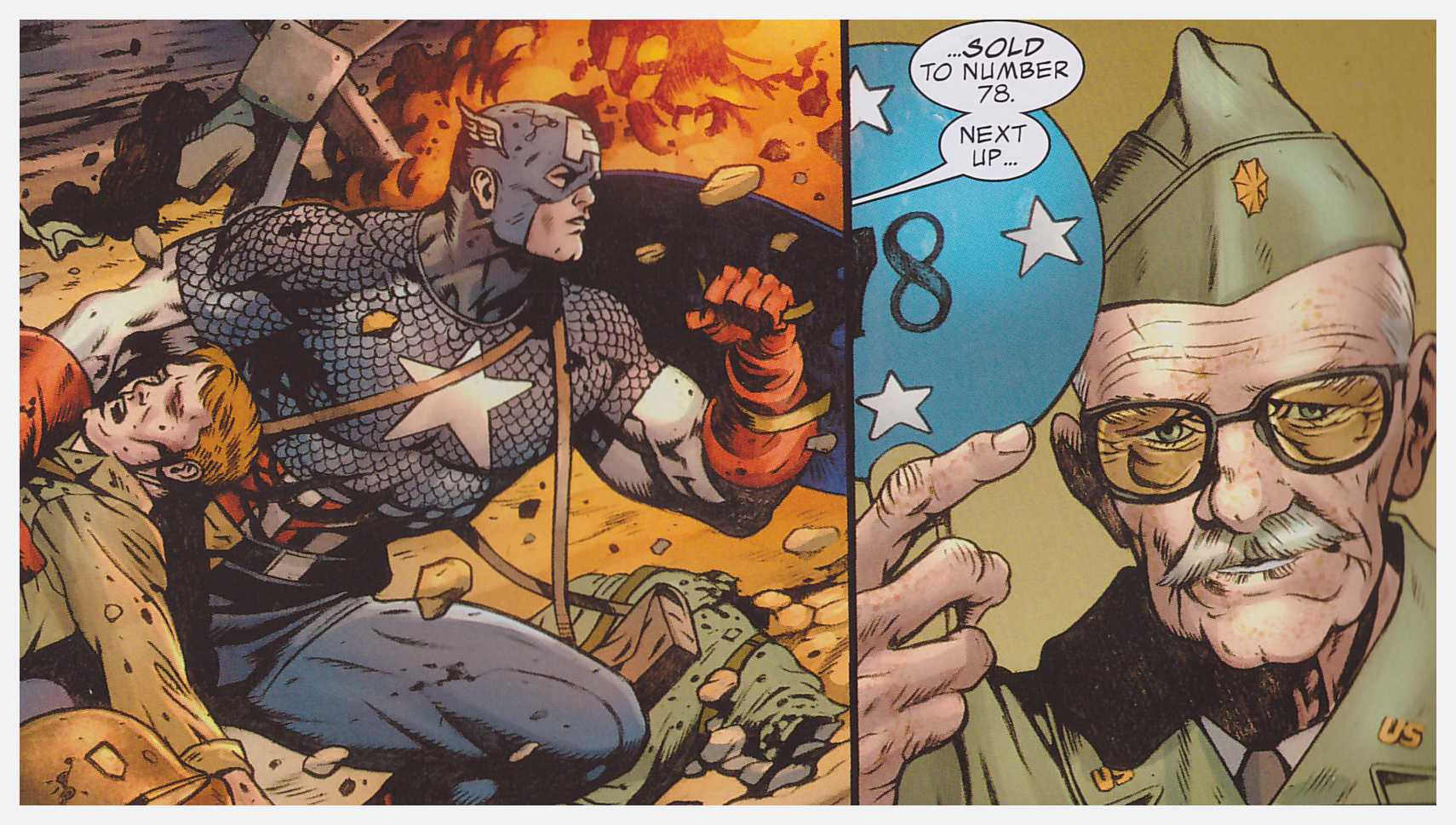 This oversize hardcover volume is all over the place, collecting both the best and worst of Ed Brubaker’s first Captain America run by gathering material previously published as The Man with No Face, Road to Reborn and Reborn.

It’s Reborn that was the event sequence, with Steve Rogers returning from the dead after two years of vacating his own title, occupied for the meantime by Sharon Carter, the Falcon, the Black Widow and Winter Soldier, the latter as a new Captain America. Ed Brubaker set up the elements of Rogers’ return in the Civil War collection, but any minimal scrutiny of the method involved reveals it as devoid of logic. Artist Bryan Hitch, known for his graphic realism, exciting layouts and solid storytelling coasts his way through in disappointing fashion despite the material on offer for him. Brubaker crowds the story with assorted guest stars, and peppers it with highlights from Captain America’s career, but Hitch seems either uninspired or rushed.

The preceding Road to Reborn suffers from marking time. There’s little of substance connecting to the ongoing narrative, and the inclusion of multiple shorter stories from other creators works to mixed effect. It’s sad to see an old Gene Colan not living up to former glories, and the suspicion is that readers who’ve been experiencing Captain America via the books will have little interest in the new Nomad meeting Patriot from the Young Avengers, or 1980s Captain America writer Roger Stern revisiting his old supporting cast. Of the guest contributors it’s Mark Waid and Dale Eaglesham who shine the brightest with their tale of Captain America memorabilia being auctioned.

Brubaker’s best sequence here is Winter Soldier’s attempts to attend a memorial for Captain America in Central Park a year after his death. He and several other Avengers remain fugitives, and are well aware their presence may result in their arrest. It’s an unusual form of suspense for a superhero story, and it works.

So working our way backwards much in the manner that Captain America had to in this volume, we arrive at The Man with No Face, which is not just the best story here, but possibly the best Captain America story Brubaker turned out during his tenure. It’s a tightly plotted sequence over two connected three chapter stories in which Winter Soldier’s World War II past, his Soviet past and his present status all connect with a genius level Chinese scientist now known as Professor Pandemic. It raises interesting moral questions, provides a memorable guest slot from Sub-Mariner, and re-purposes old villain Batroc. You’d be better off forgetting about the remainder, and just buying this volume individually.