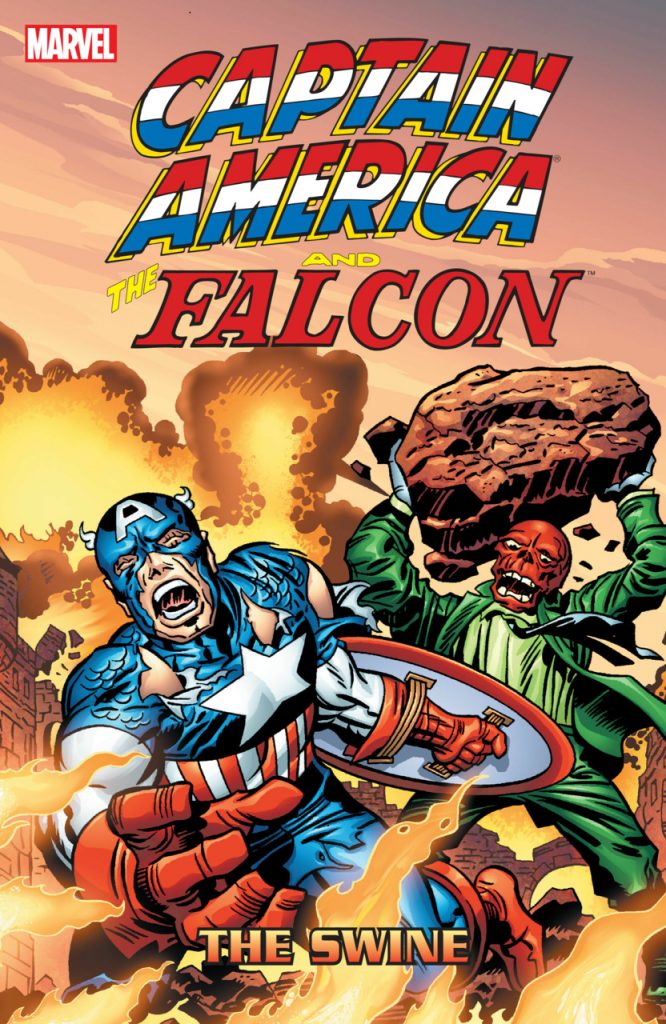 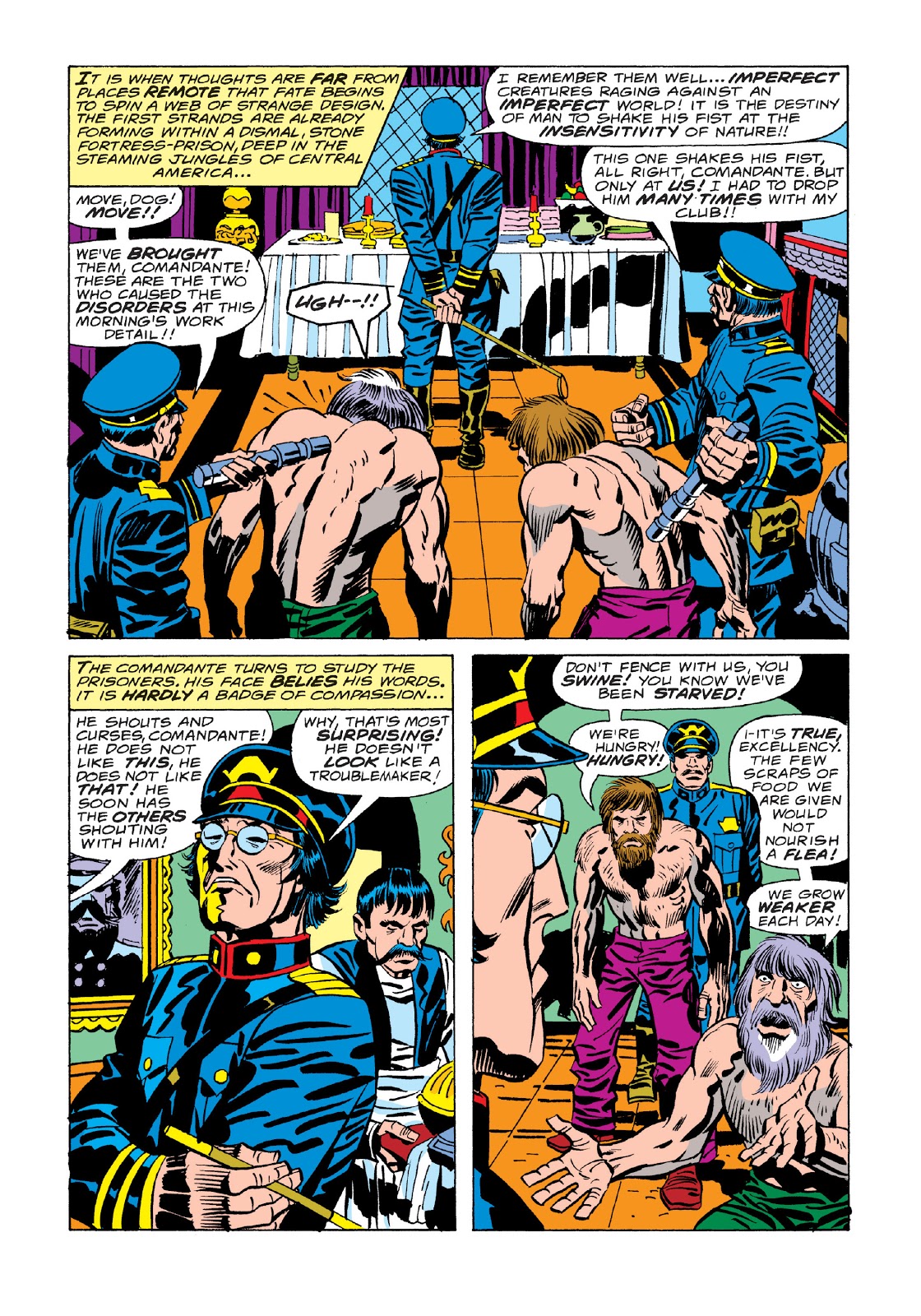 Two previous collections of Jack Kirby’s 1970s Captain America stories have been patchwork affairs. The art is great, and they’ve included some pleasing sequences, both energetic and otherwise, but it’s never completely gelled. The Swine, however, is the essential Kirby Captain America and the Falcon collection, where plot and art combine for a rollocking thrill-ride. It introduces great new characters, returns some old ones, and varies the tone beautifully.

Kirby didn’t need to look far for the title story’s inspiration. Drop a coin on a map of Central and South America in the 1970s and the chances are that it would land on a country controlled by a brutal despot. Kirby’s example is known as the Swine to his suppressed population, and is introduced with some inventive cruelty, beginning with the sample page.

A constantly creative mind informs Kirby’s entire run, exemplified by how little he uses Marvel’s established villains or aliens. The Red Skull has a good role, but Magneto is an archetype rather than true to his mid-1970s personality, and even though his henchmen are new, his appearance is the weakest of The Swine, but not without one great idea. By contrast, the characters Kirby introduces fly off the page. Giving the Swine spectacles is an inspired choice, not only for the metaphor of his country being led by someone short sighted, but for the visual effect combined with his military uniform. The Night Flyer looks more generic, but is a wonderfully generated threat ingeniously defeated. Doughboy is a marvel, and the introduction of Arnim Zola is stunning. The idea of a man with his facial features in his stomach is disturbing now, so just how jaw-dropping was it in 1977?

It’s worth highlighting that Kirby’s extrapolation of genetic engineering was years ahead of other creators, and reality was imitating some of his earlier Marvel work. Yet for all the wonder, a strong emotional undercurrent is always present. There’s the struggle between the person who’s sacrificed his humanity and his creation who yearns for it, the Swine constantly being provoked for his cowardice by his cousin, Sharon Carter’s conflicted feelings, and the Night Flyer’s honour. Both the Swine and Arnim Zola are sadistic, but for entirely different reasons, one naturally cruel, the other spurred by scientific curiosity, and the Night Flyer is motivated by the ideal of perfection. It’s heroism that most motivates Kirby, often showing Captain America and the Falcon as effective and honourable out of costume as they are in it, and it’s there whether Cap’s battling a dictator in front of a crowd or almost alone at a remote farm. That’s a neat story of aliens in which Kirby surprises, not for the first time in this collection, although it’s the one story not also included in Marvel Masterworks: Captain America Vol. 11, being allocated to the previous volume.

A few minor points aren’t as shining, Steve Rogers’ blue and white striped suit being one, and Hitler’s brain another, but it’s only a passing mention. The dialogue occasionally clunks, Kirby using it to progress the plots, but those plots are inventive and thrilling, and the art great. Consensus accords Kirby’s 1970s DC work as his career peak, but the stories collected here match them for visual energy, high concepts and plain thrills.

These stories can be found along with some from the previous Bicentennial Battles in black and white as Essential Captain America Vol. 6.