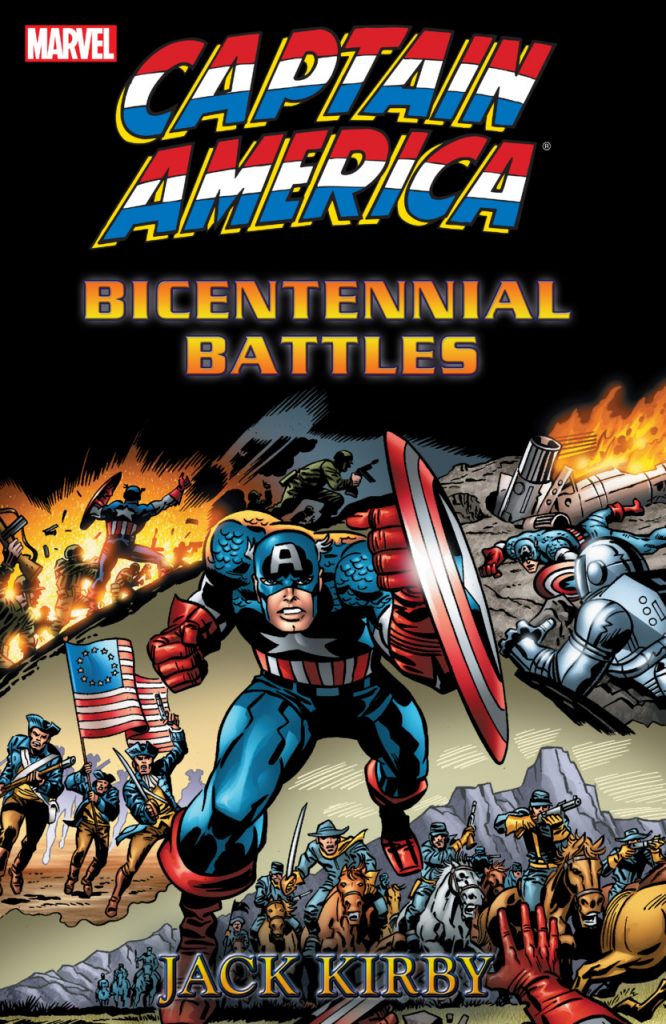 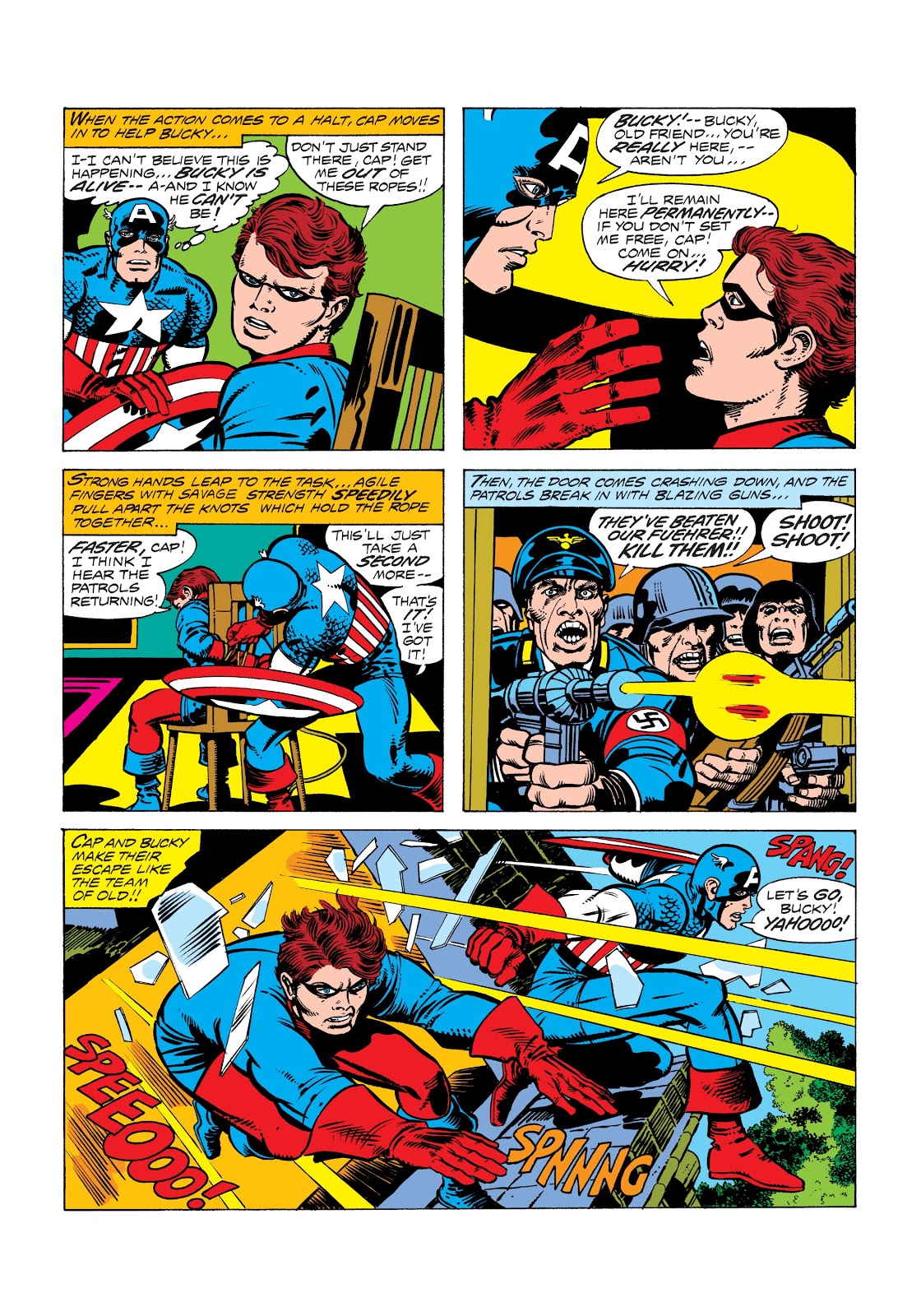 Jack Kirby returned to Marvel in 1975 and his highest profile assignment was to write and draw the adventures of Captain America, the hero he’d created with Joe Simon back in 1940. Seeing as the American Bicentennial celebrations lasted all year, what better way for Marvel to reintroduce Kirby and to celebrate by taking Mr. Red, White and Blue himself and reinforcing his patriotism. The resulting eighty pages were issued as an oversized treasury edition.

While improving on the previous Madbomb, title story ‘Bicentennial Battles’ doesn’t really hit the mark. Kirby starts the action early, and keeps it going, but there’s too little point to much of what happens. Cap is transported back to pivotal moments in US history, and while it’s nice to see Kirby illustrating colonial America, gangsters, and the civil war, each time reinforcing Cap’s heroism, the story skips too much and the intended spiritualism that accompanies it is unconvincing. The art, though, is great, with some pages joyously inked by Barry Windsor-Smith (sample art).

The Falcon loses his title credit for this volume (it’s restored for The Swine). It’s odd because he was definitely a spare wheel for much of Madbomb, but when this collection returns to the continuity of the regular comic, it opens with what’s largely a Falcon solo story, and he’s far more embedded in the following chapters. Kirby introduces the Night People, eccentrically dressed adults stealing strange objects, supplies a cowboy millionaire and has the Falcon fighting monsters in another dimension. It’s mind-bending stuff, and twists into even stranger areas, modifying our sympathies, yet all the while maintaining an internal logic. The cowboy makes sense in an Alamo situation, the lunatics take over the asylum and the ending’s great.

While the art, plotting and action has spirit and energy, Kirby falls a little off his pedestal when it comes to the reintroduction of Captain America’s girlfriend Sharon Carter, an agent of S.H.I.E.L.D., we should remember, yet here selfish, whiny and simpering. The self-reflection her comments induce in Cap doesn’t convince either, during the strange transformation of a man under medical observation, which is fun, but not as much fun as the earlier story.

This is a hit and miss collection, better than Madbomb, entertaining most of the time, but only wonderful in small doses. The best of Kirby’s run comes in The Swine. 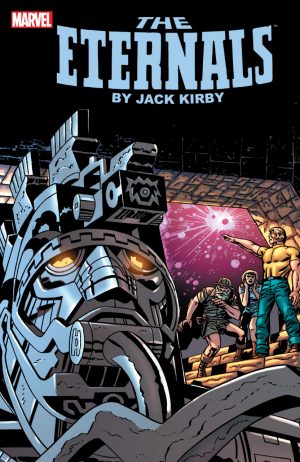