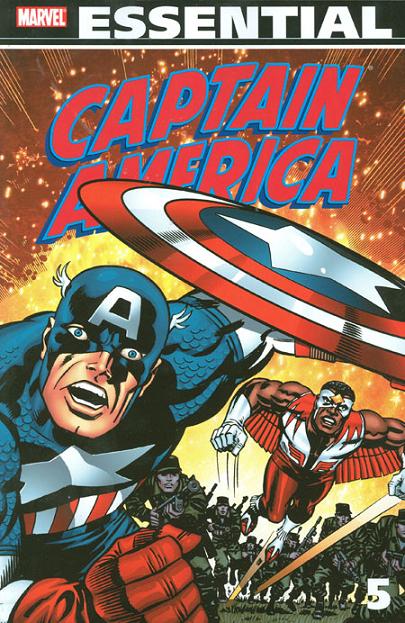 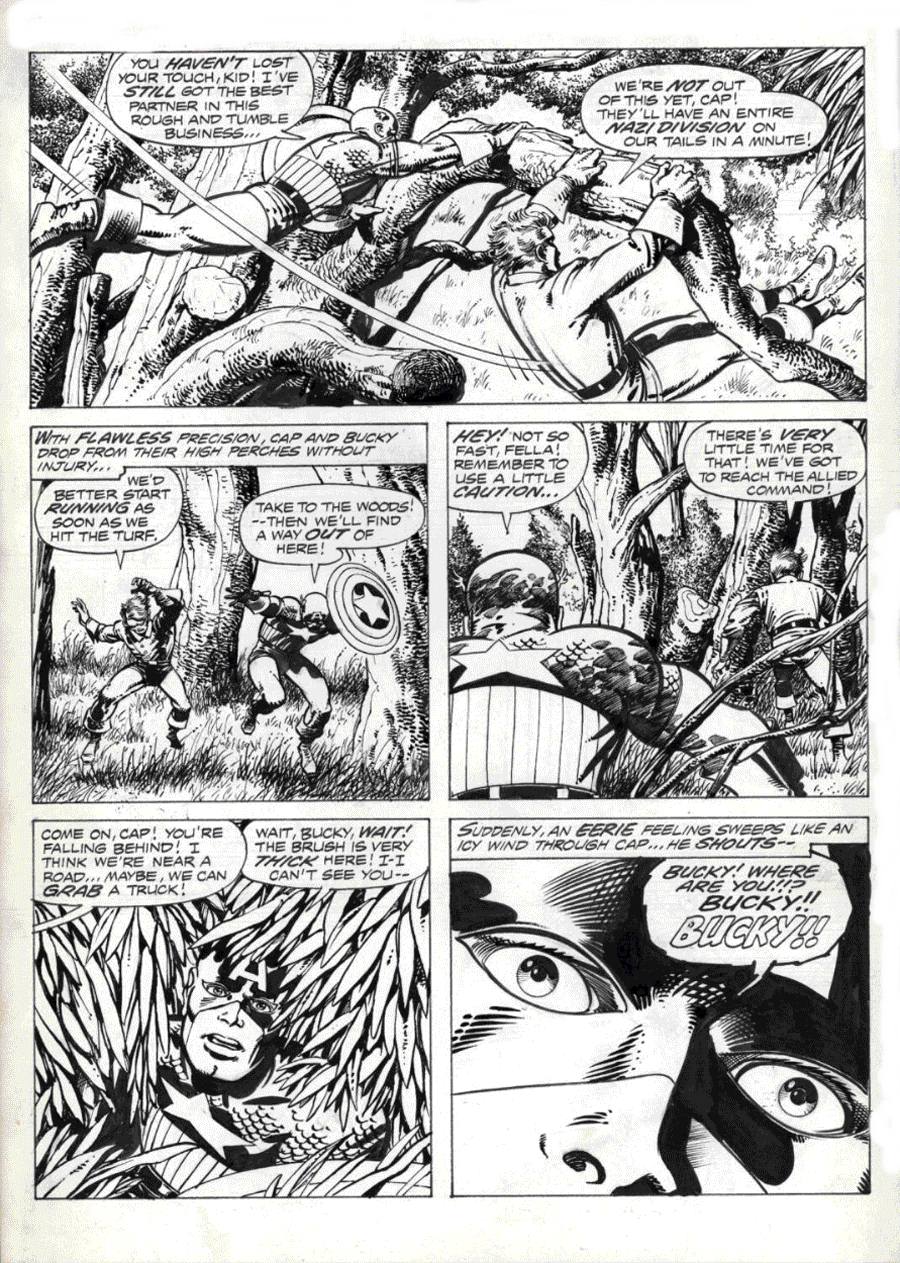 This volume collects a selection of fill-ins by assorted creators from mid-1975 following the end of Steve Englehart’s remarkable Captain America run, along with the first, and far weaker half of Jack Kirby’s subsequent stories. Other than providing the opportunity to see Kirby’s powerful art in black and white, it’s hardly essential at all.

The writer switches with every second chapter over the pre-Kirby stories, and Tony Isabella, Bill Mantlo and Marv Wolfman were certainly aware they were just marking time until Kirby’s arrival. John Warner may or may not have known, but his scripts lack spark, and one having Captain America wander around a labyrinth certainly seems like filler delivered at short notice. The main plot all have to deal with is the revelation at the end of Vol. 4 that the Falcon has spent a long time as the Red Skull’s unwitting dupe. Perhaps Englehart had something other than melodrama in mind, but none of his successors avoid it, not helped by Frank Robbins being a great artistic stylist whose individuality renders everything excessive. The best of this section is a toned down Robbins on a Wolfman script about Doctor Faustus gathering a plane full of gangsters and running through his grand proposal like a James Bond villain. It’s nutty period fun complete with a gangster who hides his gun in his stack heels.

In 1976 eight full chapters was still a rare length for a Marvel saga, yet the story of the Madbomb is Kirby staking his ground with the patriotic hero he created, an epic leading up to the peak of the USA Bicentennial celebrations in 1976. Except it didn’t quite work out as planned, sagging noticeably in places, and eventually wrapping up too easily considering the problems caused by a group of the entitled wishing to replace democracy with a ruling elite. It’s certainly all-action, but lingers too long in the wrong places, although in typically maverick fashion, the best chapter Kirby provides is almost a romance story.

If ‘Madbomb’ overstays its welcome, the opposite provides the frustration of Captain America’s Bicentennial Battles, available separately as a treasury edition. Cap’s skip through the past inspiring important people and attending pivotal events takes in so many stops that there’s not enough time to explore wherever he finds himself other than in a cursory way. When originally published there was the thrill of seeing Cap reunited with Bucky during World War II, lovingly inked by Barry Windsor-Smith (sample art). Because the pages were prepared for Treasury format publication they reduce to a different size than the remaining content.

Kirby’s final story here doesn’t quite match what follows in Vol. 6, but the exploits of the Night People take some jaw-dropping turns from their introduction committing some bizarre robberies. Kirby’s imagination has slipped back into high gear, and it’s mind-bending stuff, twisting into even stranger areas, modifying our sympathies, yet all the while maintaining an internal logic. The cowboy makes sense in an Alamo situation, the lunatics take over the asylum and the ending’s great. Still, it’s not enough to raise the overall quality.

In colour, the stories can be found in several collections. They’re spread across volumes 10 and 11 of Marvel Masterworks: Captain America, which include the non-Kirby material, whule the Kirby stories alone are found over the collections Madbomb and Bicentennial Battles.