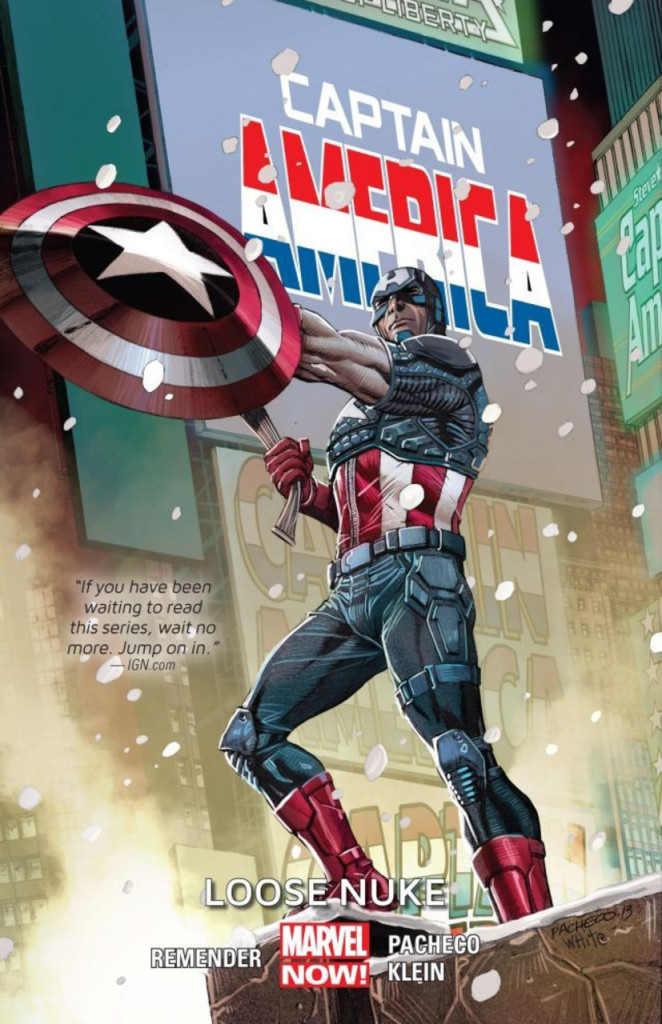 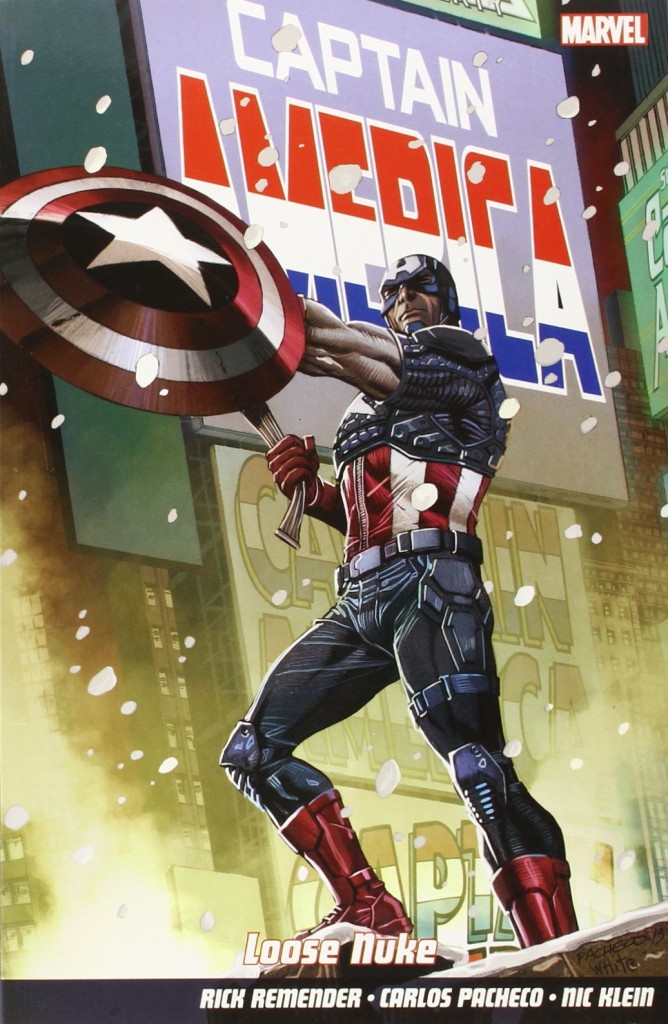 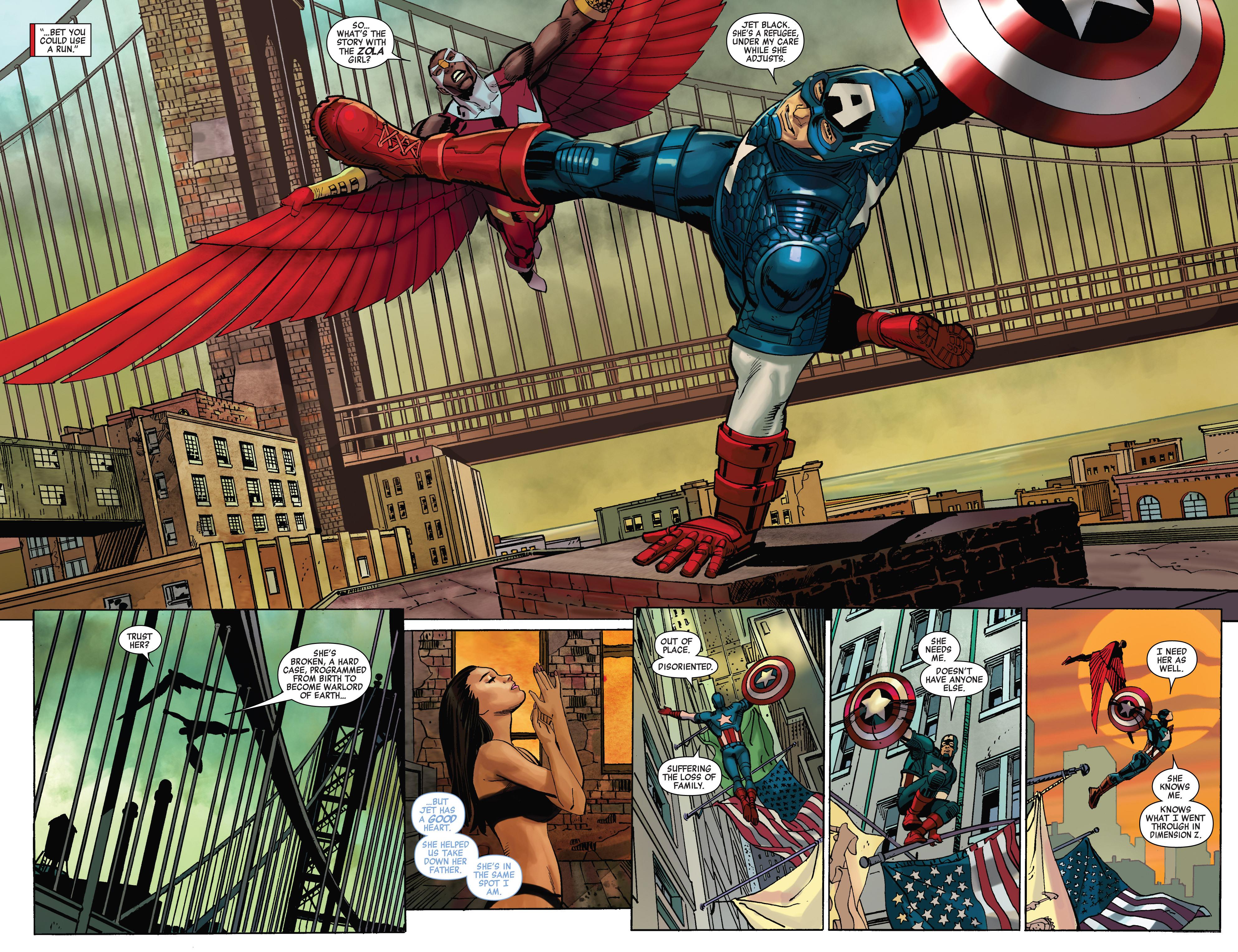 There’s a great sense of loss as Loose Nuke opens. Much time may have passed in Dimension Z, but it’s as you were back on Earth. Rick Remender contrasts events that occurred within Castaway in Dimension Z with Steve Rogers’ 1930s youth to underline the impact. It’s a good comparison in one respect, but somewhat undermined by the other mantra of the opening chapter being how Steve Rogers has used the past to anchor his present, and he needs to move forward.

It’s apparent that Jet Black, Arnim Zola’s daughter, is to be part of the series for the duration, which rather highlights a less than credible super power of being able to read the immediate future via her bare skin. In world of immortal super soldiers and scientists who’ve implanted their brain in their chest that still comes across as rather naff and not well thought out. Fair enough, her dad was a genetic genius, so the power to hear conversations over vast distances is more credible.

The title refers to a villain named Nuke, administered a variant of the serum and process that created Captain America, but a mentally unstable super-patriot. He’s been invading former warzones in Asia where American troops have previously been rebuffed, killing indiscriminately and decimating the area before planting the stars and stripes. He’s extremely one-note, and there’s no depth to his appearance other than the manipulation behind him.

That extends back to the 1960s, and a sequence with the S.H.I.E.L.D. of that era. Those not conversant with Marvel’s convoluted 21st century character wipes are going to find themselves very puzzled about how Nick Fury is a middle-aged white guy with an eyepatch then, yet is now a Samuel L. Jackson lookalike. If you really need to know, Battle Scars delivers the story.

New artist, for this book at least, Carlos Pacheco has a far more traditional superhero style to his pages, which are clean and imaginative, while lacking some of the down and dirty grit that John Romita Jr brought to Captain America. It’s distracting whimsy on his part to dot the gravestones in a sad scene with the civilian identities of DC’s Justice Society.

For all the trauma of Dimension Z, Loose Nuke feels very similar to the Brubaker era. S.H.I.E.L.D. is back, the Falcon is back and Captain America is delivering lectures on patriotism, although in keeping with Nuke’s level of sophistication, these are of an obvious nature. So are the pronouncements of the villain behind the scenes, who’s strident and verbose. He becomes the focus in The Iron Nail.