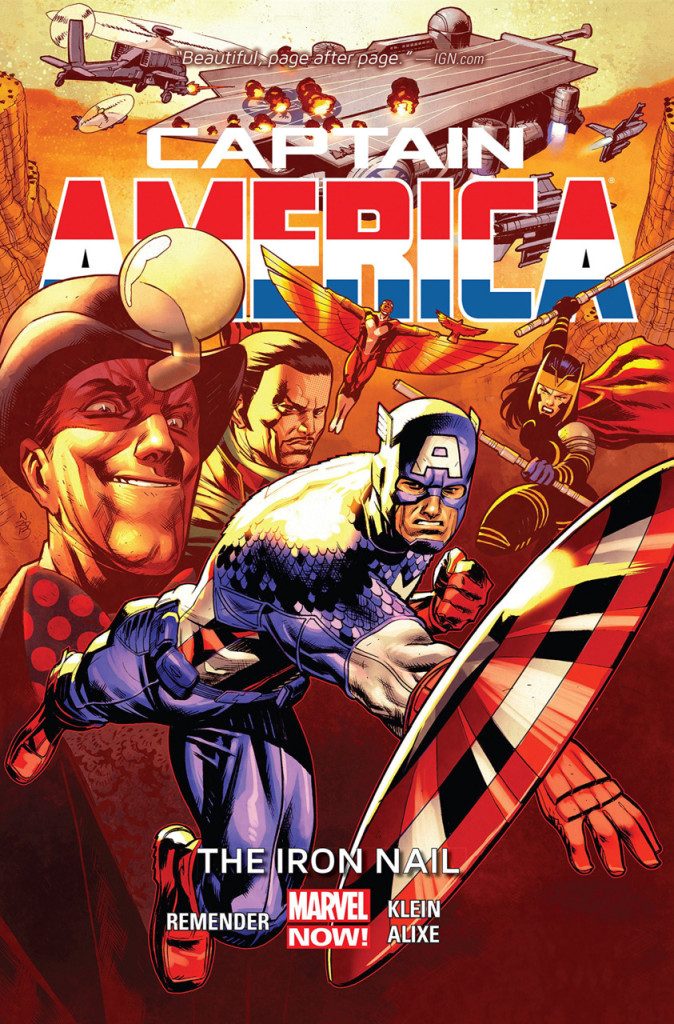 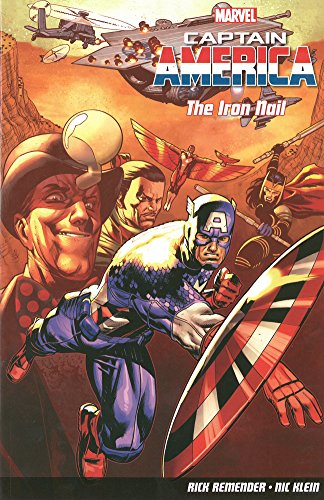 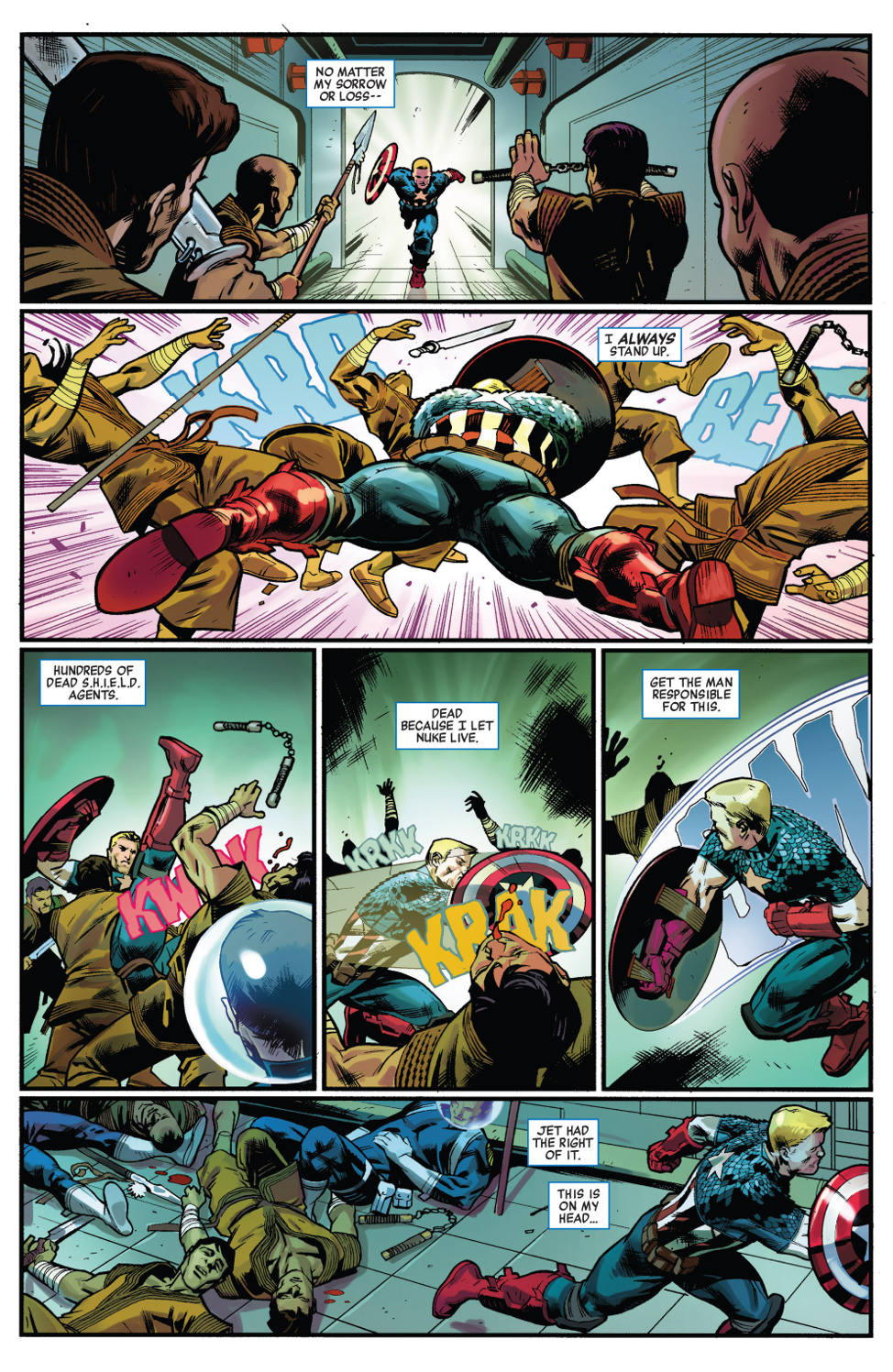 It’s been a long time since we’ve seen Captain America like this, trippy and disoriented. If the problems of spending a dozen years in an alternate dimension weren’t enough, a long-concealed S.H.I.E.L.D. secret is loose, and Mr Mindbubble is a reality warping threat.

The more than faintly ridiculous name feeds into a mood Rick Remender is attempting to instil, and to again shift the mood, as in Loose Nuke. The plot threads weave back to the 1960s, and Remender has taken his inspiration from the faintly camp villains faced by TV’s Avengers, thrown in a soupçon of The Prisoner and fused that with some 1960s style radical politics. It’s likely this melange will be new to all but the most fossilised of Captain America readers, and it’s a heady brew to begin with.

After Pascal Alixe illustrating a solo outing for Jet Black, we have another new series artist in Nic Klein, whose layouts and pacing lack the thrills provided by his predecessors. There are also some teething problems with the storytelling, particularly noticeable during an early sequence when Nick Fury appears to be running up a vertical cliff face. Visual emotion isn’t a great strength either, and in a story of ideal worlds and further loss, that’s highlighted.

As matters continue, the tarnish appears. Having created a very imaginative pair of villains, Remender’s use of them is resolutely unimaginative. Grand gestures are the order of the day, when so much more could be achieved with the set-up. Despite the conclusion (see below), it’s an odd fault, as when working on his own material such as Black Science, Remender’s writing is characterised by the constant stream of imaginative concepts. Much amounts to the threat of a town-sized flying S.H.I.E.L.D. helicarrier being used as a weapon of mass destruction. This was a fantastic idea when first used in recent vintage, but has become all too commonplace.

Behind the initial goofiness, there’s a serious message in the verbose monologuing of the villains, regarding the global downside of Western capitalism and how it sustains a luxurious life for a minority at the cost of exploiting a majority. As one of those villains is Chinese it’s an interesting reinterpretation of the 1960s Marvel comics, in which Soviet and Chinese villains instead of highlighting the faults of capitalism relentlessly promoted the communist system.

Despite the relative lack of imagination preceding it, The Iron Nail concludes with a genuine shock, something that’s not happened to Captain America in all his years of publication. It would reverberate for a while, and continues in The Tomorrow Soldier. 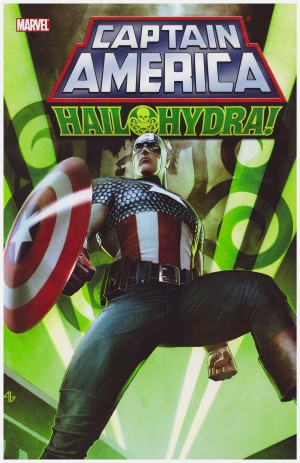