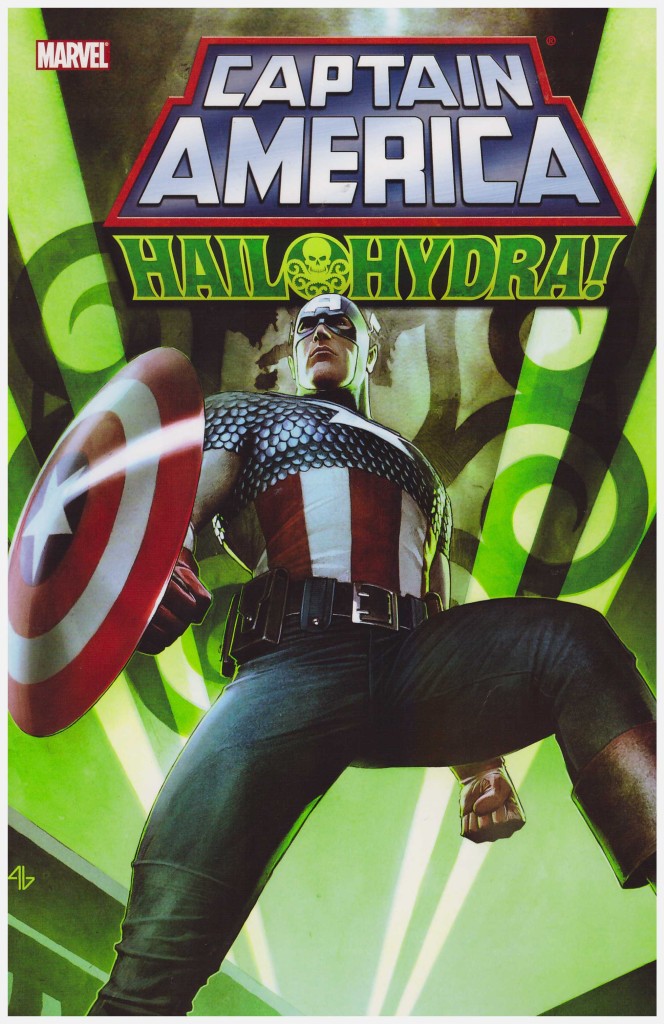 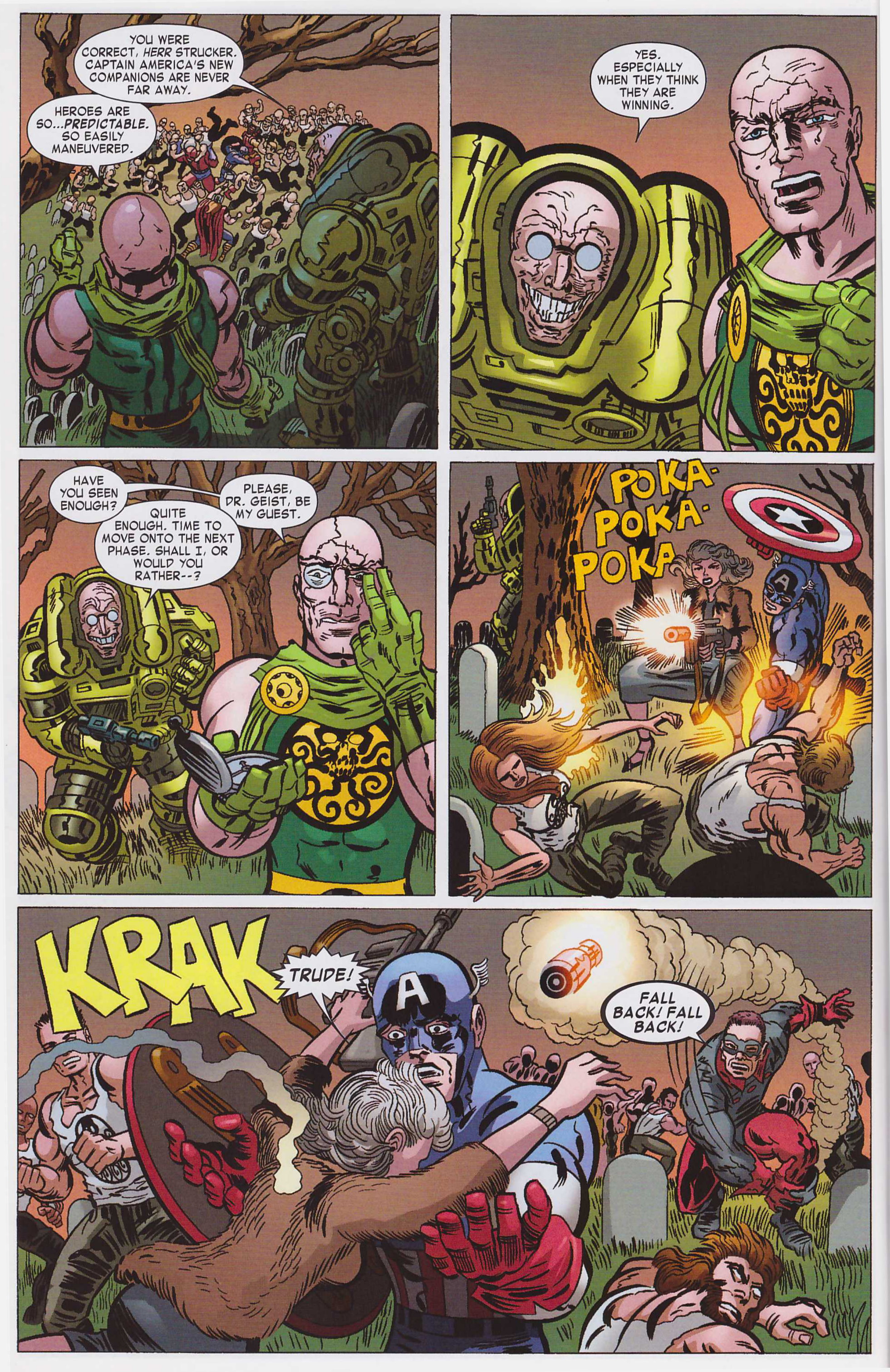 The global secret society of Hydra has been a part of the Captain America mythology dating back to his revival in the 1960s, but here we learn their tendrils stretch back far further into history. This is via five stories set in five different eras, each featuring Captain America battling the forces of Hydra.

All are written by Jonathan Maberry, who begins his telling in 1945, but scatters his narratives with pages looking at the doings of Hydra’s forerunners over almost two thousand years. Although not always clear in their previous appearances, where world domination has always been on the agenda, their ultimate aim is a quest for immortality, and Maberry toys with versions of this over different cultures and forms, such as zombies and Steve Rogers’ own longevity. This has always been presumed to be a side effect of his injection with the super solider formula during the experiments that created Captain America, but it may not be the case, and Maberry instituting doubts is a clever idea.

During the dying days of World War II we’re introduced to Hydra geneticist Nikolaus Geist, and his transformation over the series is another workable concept. We see him, and Captain America, during the 1960s, the 1980s, the 1990s, and around 2010. Cap is unchanging while Geist loses more of his humanity with every appearance.

The spirit of Jack Kirby is imprinted all over this collection, not only because he created Hydra (and Captain America, the Falcon, the Black Panther, Thor…), but also in the artwork, with Tom Scioli giving it his best, and the narrative, with Maberry filching an old Fantastic Four plot for his conclusion. Unfortunately, there’s none of Kirby’s innovation, as despite one or two decent ideas this is resolutely by the numbers superhero fodder.

Scioli’s art (see sample) is the standout here, while much of the remainder is disappointing. This isn’t due to the variance of style, justifiable and possibly desirable in the context of different times, but Sergio Cariello, and Graham Nolan can both do much better. Phil Winslade is hardly inspired either, but a better artist overall. Kyle Hotz’s ever-shifting style is interesting, and there’s almost something of Frank Robbins’ kinetic dynamism about his art, but he’s also not stretching himself.

There are plenty of better Captain America graphic novels to be read before you approach Hail Hydra.