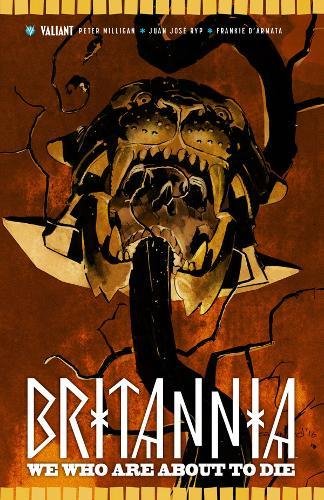 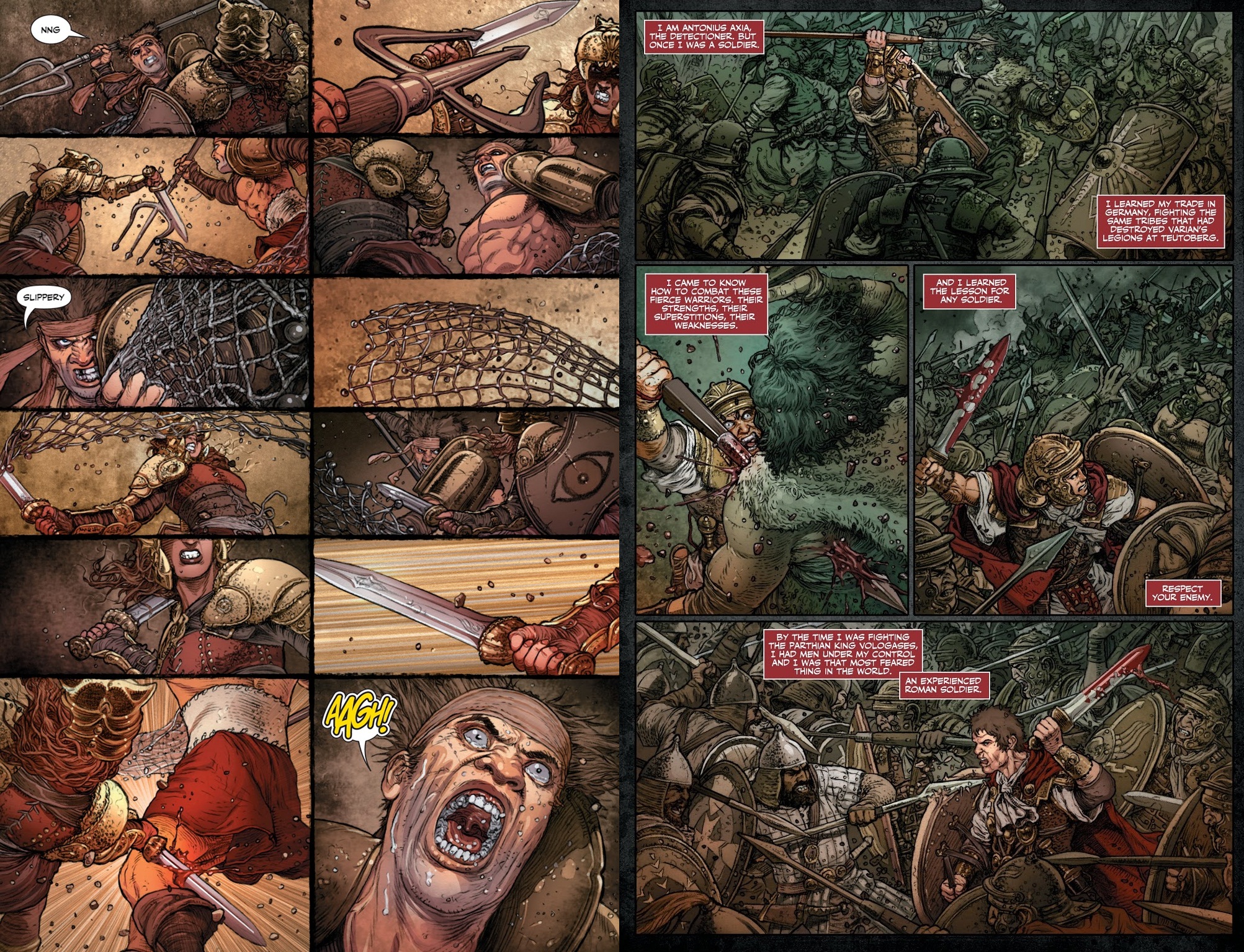 Britannia detailed the first outing for Centurion Antonius Axia, his discovery of demons in ancient Britain a critical and creative success, so the same creative team of Peter Milligan and Juan José Ryp pay a return visit to Antonius, now back in Rome.

It’s the Vestal Virgins who’ve in effect created Antonius and his detectoring trade, during which he’s angered many of Rome’s elite. Equally, there are senators who’d as soon see the influence of powerful women removed, and when the sons of influential families suddenly turn up gruesomely murdered they’re able to convince Emperor Nero that the Gods are deserting Rome. Despite the main title, there’s little of Britain to be seen this time, but the gladiatorial salute that forms the volume title does have great relevance as Achillia has worked her way through enough victories to be on the verge of earning her freedom. Milligan repeats his formula of an observant Antonius able to discard what some believe to be magic, but unable to prevent his becoming very personally involved in the troubles afflicting his nation.

Juan José Ryp is again astonishing in providing mood and detail, some pages almost beyond belief, but that dedication takes its toll, leading to pages nowhere near as accomplished from Ryan Lee and Roberto de la Torre required in the final chapter. Whichever of them is attempting to imitate Ryp’s style comes off worse, with the other decent enough, but with a scratchy looseness to his pages that’s the polar opposite of the established look.

That minor caveat apart, this is another satisfying read, a period crime drama with less emphasis on sorcery this time, although there are hints, and a well developed cast.

There’s a third case for Antonius in Lost Eagles of Rome, or alternatively all three investigations are combined in the hardcover Britannia Deluxe Edition.