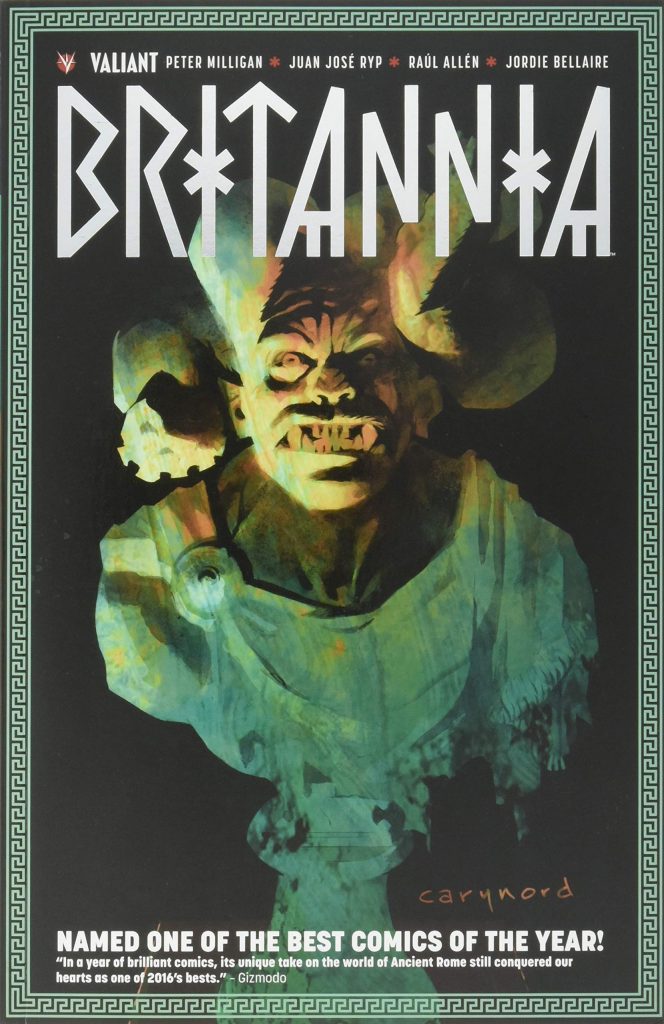 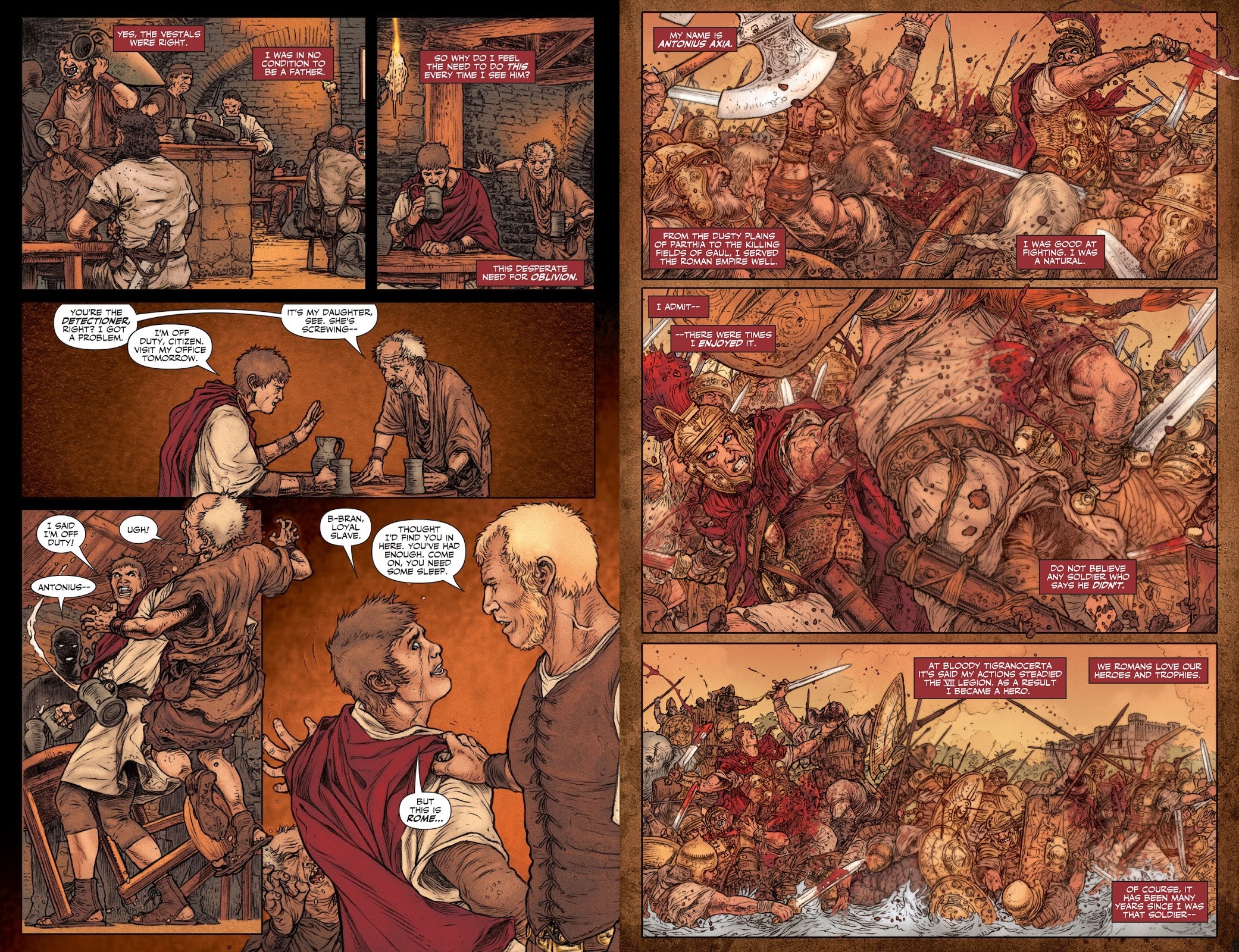 Political scheming mixes with ancient magic in a real departure for Valiant’s line, historical adventure set during Nero’s rule in Rome when the conquered territory of Britannia was a feared place where much could still go wrong for the elite Roman forces. Centurion Antonius Axia has built a strong reputation as a Detectioner in Rome, finding people and solving problems, a career that began when he helped the Vestal Virgins, women of considerable political power and influence as guardians of the Eternal Flame. Should it ever go out, legend has it that Rome will be no more. Antonius is sent to Britannia to investigate rumours of a demon, and discovers a Roman camp riddled with fear and superstition, yet reluctant to co-operate with his investigation. Unfortunately, along with discovering what’s going on, he discovers it may have a direct relevance to him personally.

If Peter Milligan is fictionalising the historical aspects of Rome, he’s incredibly convincing, and if he’s researched them it’s been a thorough process. He weaves a beguiling set of connections, and portrays a Nero ever dangerous, not exactly unhinged as per reputation, but someone utterly confident in his status of absolute ruler holding the ultimate power of life or death at whim. Antonius is also well characterised, a man skilled at his trade through observation, and able to parlay that into what others perceive as uncanny knowledge from communing with the Gods. Mixing with that is the looser interpretation of ancient British myths

Milligan’s facility for detail is matched by artist Juan José Ryp whose Roman uniforms are finely textured, and battle scenes insanely detailed, some to a point where they have to be seen to be believed. Surely Valiant can’t have been paying him enough for the time he’s put in on that sample page. Ryp doesn’t just impress with detail. For Britannia to work he needs to maintain a threatening atmosphere, and the way he supplies a fog-shrouded ancient Britain and the mysterious things to be found there is tremendous, with the evocative colours supplied by Jordie Bellaire essential.

Creating something new for the sword and sorcery genre is difficult, and while Valiant’s obvious commercial aspiration was to take a small slice of that Game of Thrones pie, they’ve got something equally beguiling. It works so well because it’s a similar mix of people who consider themselves the apex of civilisation confronted with matters still not understood today, at the centre of which is a flawed hero. Antonius is seen again in We Who Are About to Die, both of which are combined in the Britannia Deluxe Edition. 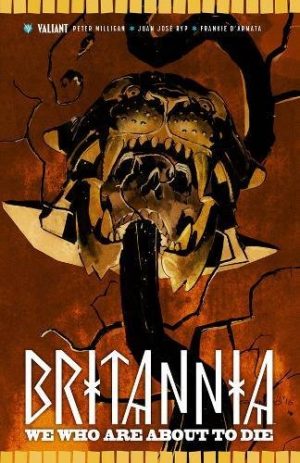