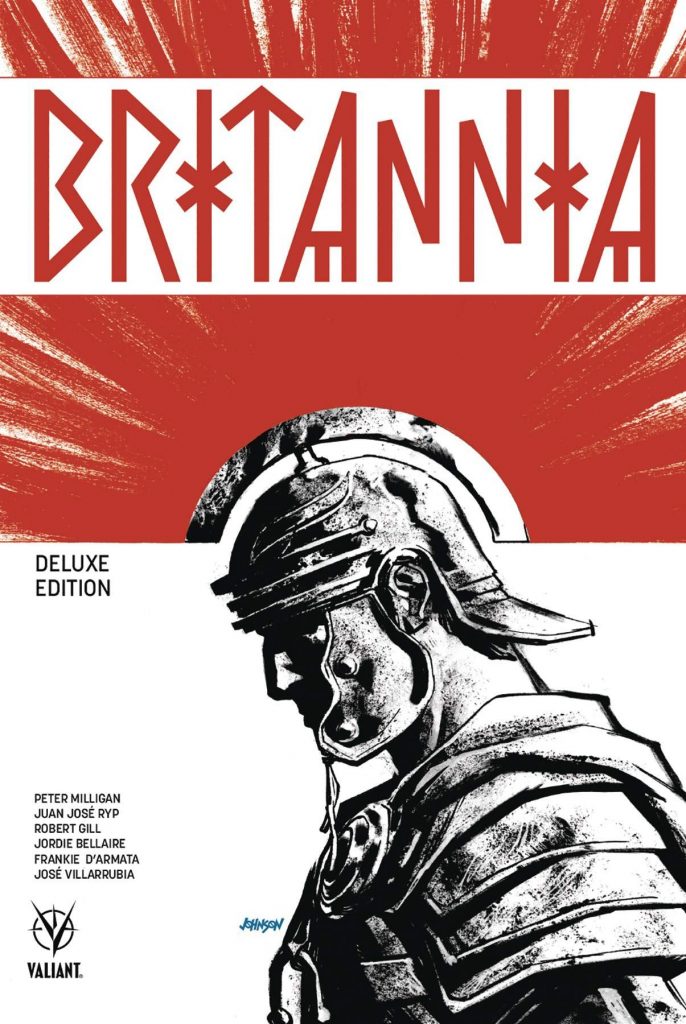 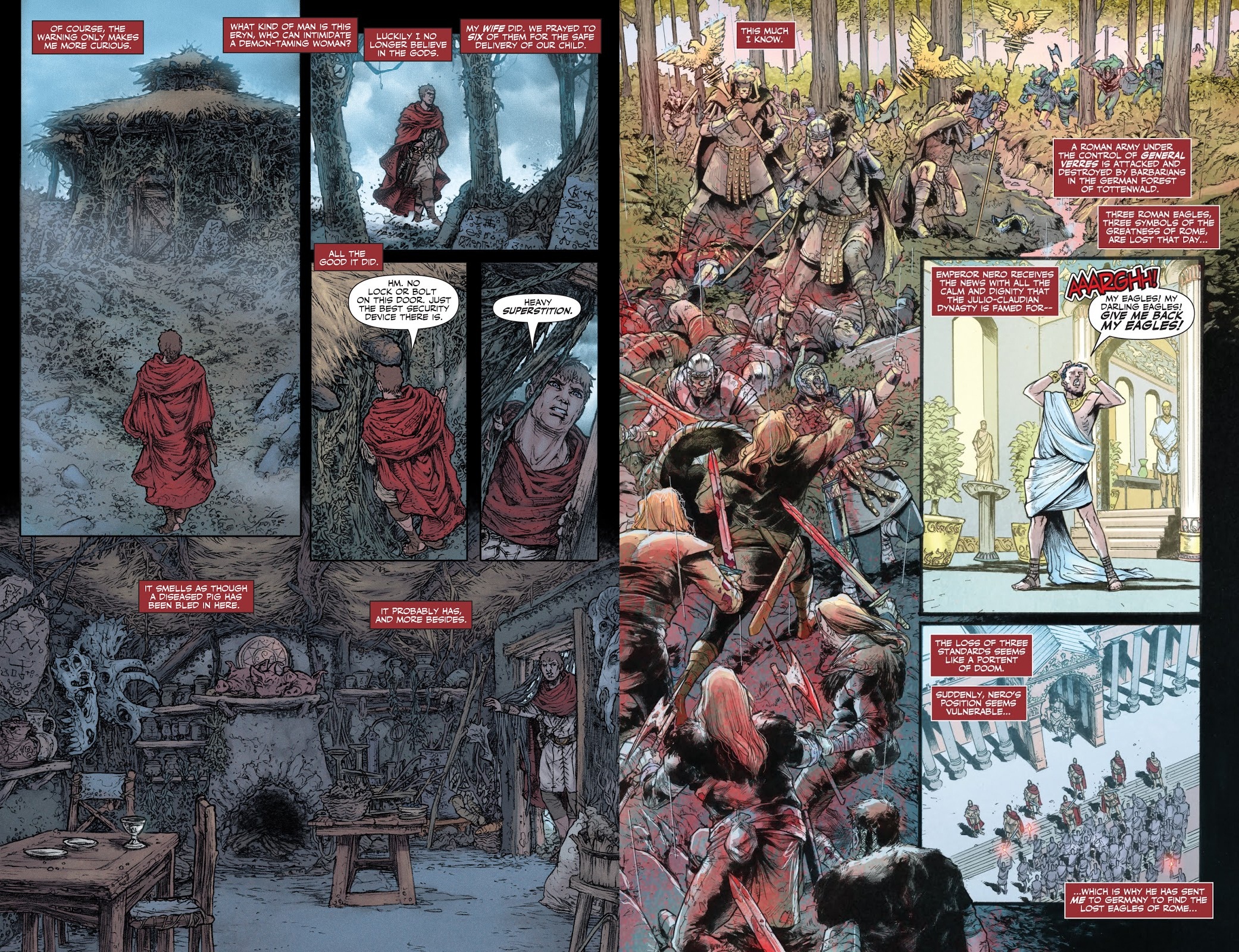 Valiant had a surprise hit on their hands with Britannia, a complete departure from their primary line of modern day superheroes. Instead it concerns the Roman era of 60AD and the rule of Emperor Nero, famously cruel and a man whose commands are absolute. In an era long before they were commonplace, Antonius Axia rather tumbles into a career as a detective, or detectorist as he’s described in Rome, starting with the trip to ancient Britain providing the series title.

In Antonius, Peter Milligan has created an interesting hero, definitely flawed and scarred by his first mission, yet someone who elevates the art of observation and is able to exploit the superstitions and fears of the era by appearing to be more knowledgeable than he is. It’s similar to the methods employed by Rubia, chief Vestal Virgin and as keeper of the Eternal Flame, someone with power and influence in Rome, something not all senators appreciate as seen in We Who Are About to Die. She’s one of the few able to talk to Nero on equal terms. Over three stories Antonius grows, becoming more confident with what he is and what he can do, getting under the skins of the nobility like an ancient Columbo, and Milligan makes good use of the legends, customs and grievances of the times to provide plenty of colourful background.

While all three stories are good, it’s the first that really hits the mark, contrasting the ancient unknown with the then ultra-modern Roman society, of course now also primitive by our standards. Antonius is sent to a mist-shrouded Britain to investigate rumours of demons. Not yet the confident investigator he’ll later become, he encounters resistance and superstition among the people he’s supposed to be helping, and mystical occurrences we have to take on as much faith as Antonius does. It’s a captivating mixture, and places slightly ahead of the other two stories because while it might be suggested, there is no actual mysticism involved, Milligan focussing on the detection for these, although they’re both good reads.

In Juan José Ryp over the first two stories Milligan has an artist as committed to detail as he is, and Ryp astounds with insanely complex battle scenes and an atmosphere that really sells ancient Britain as a fearful place with areas and people who give even the modern Roman army pause for thought. Ryp is superb throughout, but the cost is his final episode where other artists fill in and are nowhere near as effective. That doesn’t apply to Robert Gill who takes over for Lost Eagles of Rome. His style is far looser, and his backgrounds more generic, but he’s equally convincing when it comes to telling the story. The work of both artists is better appreciated for being presented in the oversized format of this hardcover collection.

A couple of plot flaws manifest in the final story, but Milligan’s presented the main cast well enough that they patch over this, their relationships and mannerisms proficiently defined, and the exotic background carrying the series well. If you like an offbeat detective series, this is one to investigate with confidence.