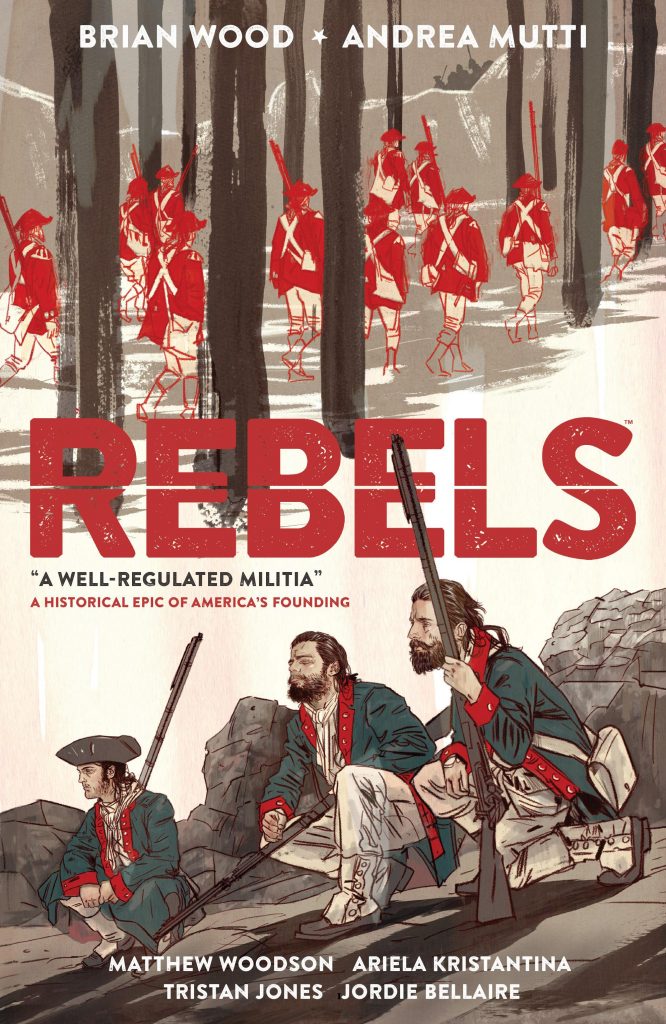 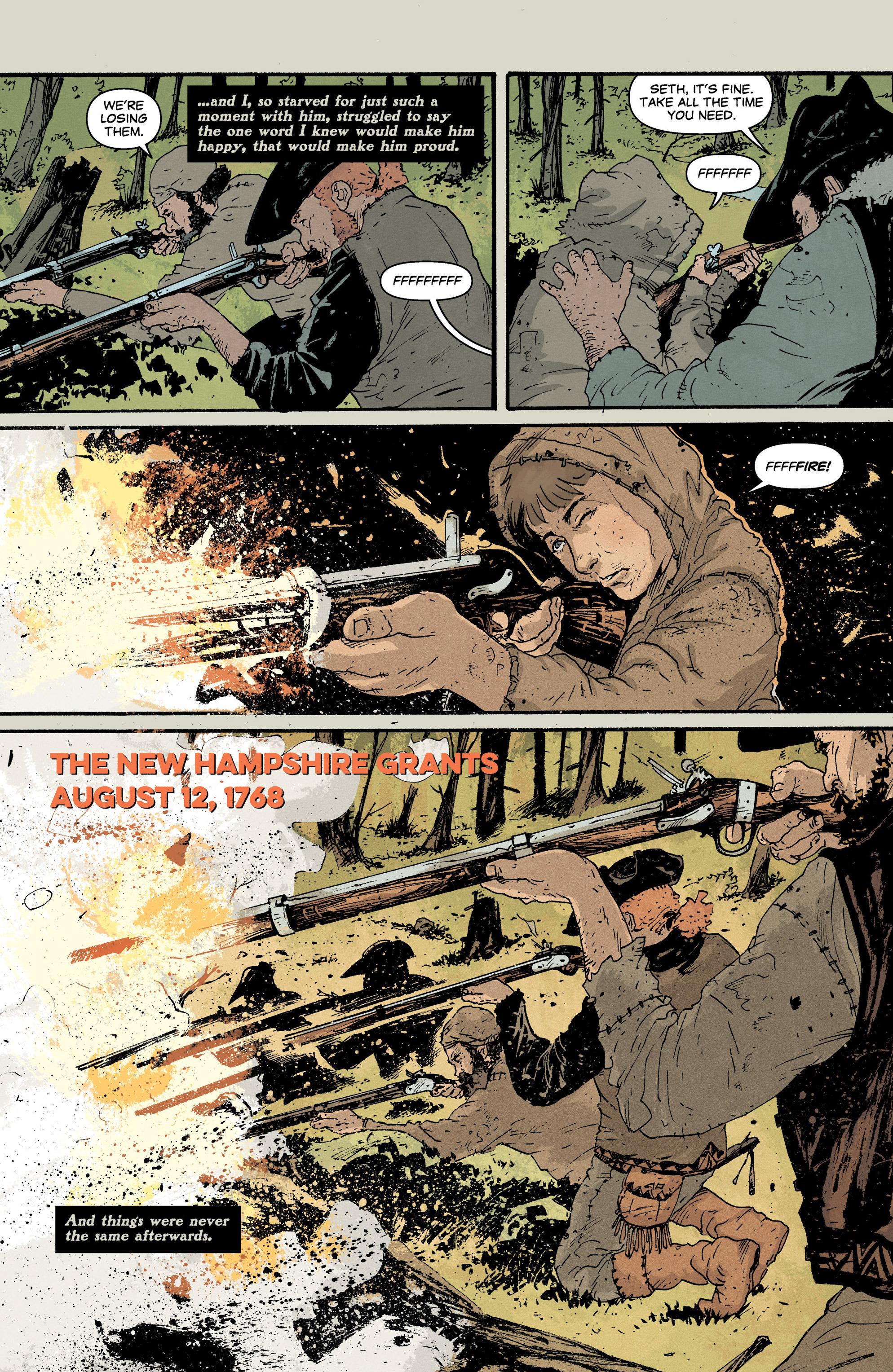 Brian Wood’s work has frequently featured history and politics, and they’re allied in Rebels, an ambitious graphic novel series telling the story of America’s War of Independence. It’s his best work to date.

As he makes clear in the introduction, he’s more interested in social history, events seen from the everyman’s view rather than spotlighting the deeds of the era’s political superstars, so begins with Seth Abbot, a character constructed to provide that view. He’s a Vermont backwoods boy whose narration picks up in 1775 after a brief childhood interlude. Those unaware of the grievances sparking the revolution are given a lesson in microcosm via the town of Westminster, presumably without a shred of irony named after the London district housing the British parliament. Descendants of British settlers who’d farmed land for a couple of generations were having it confiscated by British rulers, and being expected to pay taxes, at which point local militias formed.

Wood has a relatively dry writing style that hones in on small items and incidents and expands them. It’s been to the detriment of some previous projects, which at times suited a faster pace, but with Rebels it’s ideal, as wars are aggregations of small incidents, punctuated by events on a massive canvas. Personalising the war via Abbott, he shows the sacrifices made and what those sacrifices earn. Wood’s well aware of the contemporary relevance also, and whether by coincidence or design some combat sequences reflect the modern era, such as having to relieve a Carolina town building by building, as does the poor welcome for servicemen on the way home.

Abbot’s tale is superbly illustrated by Andrea Mutti. Historical detail seeps from every panel, and yet there’s also a surprising delicacy to his lithe figures, and at times a picturesque sense of landscape, here helped immensely by the colouring of Jordie Bellaire. Mutti is the best artist involved, and illustrates several stories, but the others all have their strengths. Matthew Woodson has a lovely delicate line, and provides impressive panel layouts, but reliance on visual reference for faces gives them a disconcerting stiffness at times. Ariela Kristantina is the weakest of the artists, good and clear in places, presenting odd faces and cramped panels in others. Tristan Jones also serves up cramped panels, but to greater purpose as closing the viewpoint right in shows the confusion of close quarters combat.

As detailed as it is, Abbott’s is only the first of six tales, albeit by far the longest. That successfully told, Wood had plenty of other stories about individual contributions to the War of Independence. Sarah Hull bettered many men when it came to living off the land and the outcome of her story is again very modern, as is that of Silence Bright, which may surprise considering the times. Wood even switches sides to show why some British ended up thousands of miles from home fighting for king and country they cared nothing for and who cared nothing for them.

Wood supplies all his leading cast members with an immense personality, whether it be the conflicted Abbott, the stoic Sarah Hull or Stone Wolf’s puzzled application of Native American philosophy to the actions of rebels. These are people we can know and love, and by extension appreciate their times.

Wood and Mutti continue their stories in These Free and Independent States.