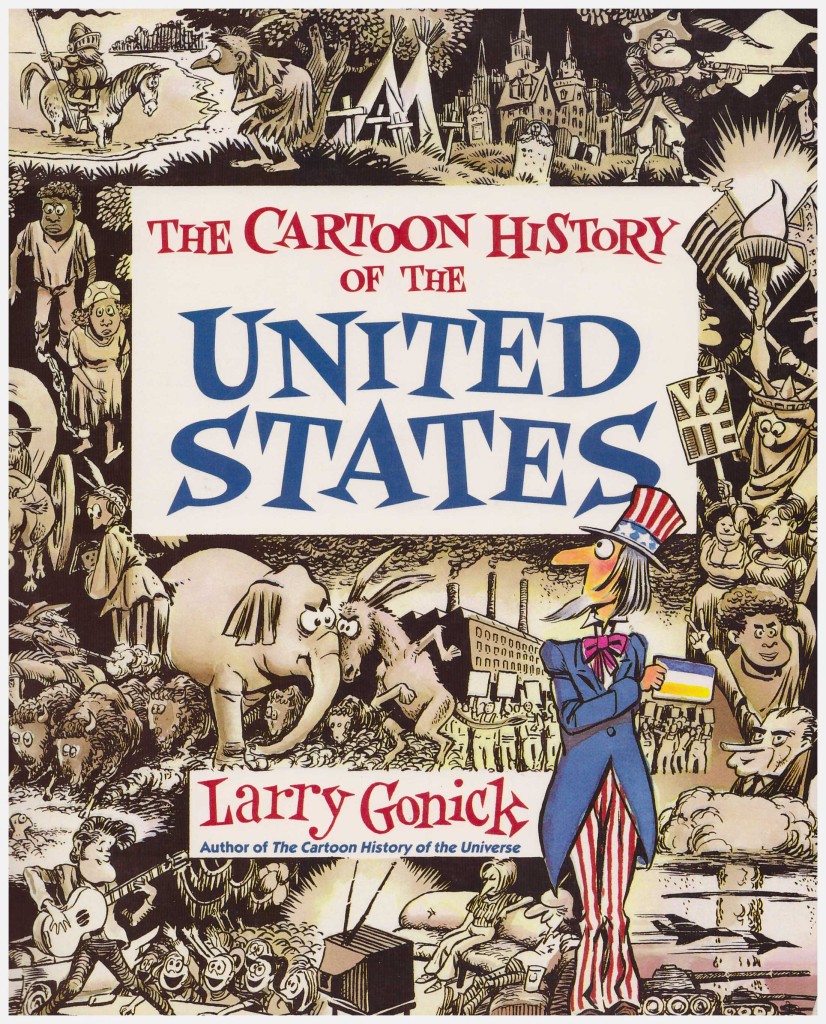 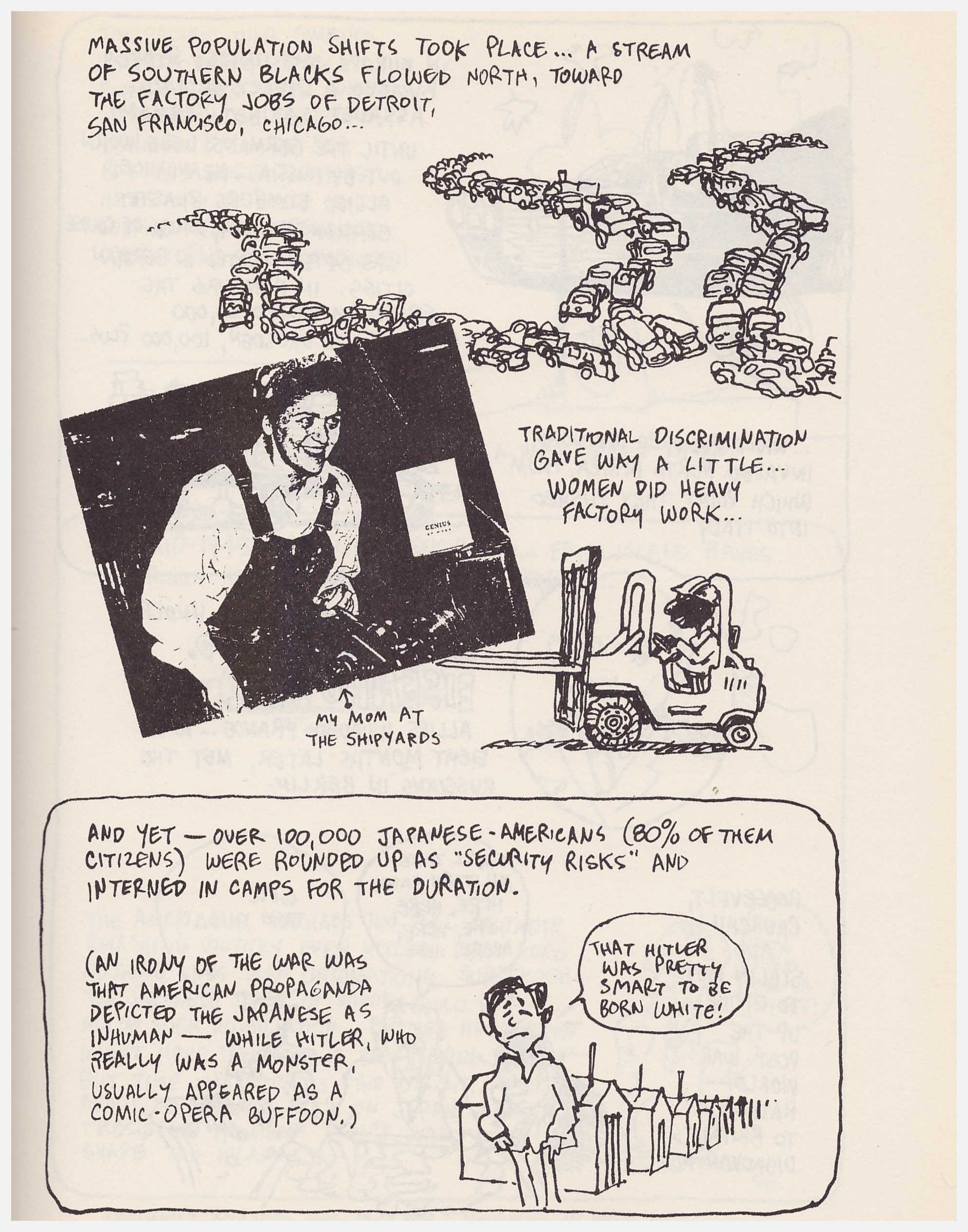 As a pain-free primer to a weighty topic, graphic novels don’t come much better than The Cartoon History of the United States. Creator Larry Gonick would be the first to concede this isn’t an exhaustive work, but he packs an immense amount of information into slightly under four hundred pages.

He scores by ensuring this isn’t just another text book presentation of political triumph. Those are certainly covered, but Gonick’s history is resolutely social as well, meaning much is presented as change forced upon an entrenched establishment. It rather belies the motto of “Land of the Free” on many occasions. Gonick is further extremely effective in displaying that nothing occurs in isolation. For some the 1960s may be recalled via tripping out on bubblegum music and flower power, but this ran parallel to vast social upheaval, and ended with the election as President in 1970 of 1962’s pantomime villain, who then grew further into that role.

There’s barely a page that doesn’t offer some interesting insight, or an obscure or largely whitewashed historical fact. At random, an important factor leading to the creation of the US constitution was tens of thousands of imported pairs of shoes being dumped in New York, putting cobblers out of business; The French were evicted from North America via a war that essentially started over beaver hats; during World War II over 100,000 Japanese Americans were placed in internment camps; the Republican Party rose from foundation to political power in ten years; the great emancipator Abraham Lincoln opposed slavery, to begin with at least, on constitutional grounds.

Lest the impression is given that Gonick’s irreverent history is some liberal revision, that’s emphatically not the case. He recognises the USA’s great achievements and great citizens, but the strength of the project is the diversity. You’re not just getting what you’ll be able to pick up from any more conventional history text, but, as Gonick notes on his website, much material that ought to be in those books, but isn’t.

The Cartoon History of the United States isn’t traditional panel and sequence comics, the approach Gonick took with his equally impressive Cartoon History of the Universe, but blocks of text with accompanying gag cartoon. These are particularly skilled, revealing Gonick has the instinct of the political cartoonist, able to comment on even tragic moments in a pithy and relevant fashion.

There may be some resistance to a history of the United States that closes off in 1991, not least given the vast changes and pivotal events occurring since. Go with the flow. Leave those for another book. Gonick covers over four hundred years, and isn’t that enough?

Anyone not familiar with Gonick is advised to investigate further. In the days before Dummies books he produced a whole range of student-friendly material that’s both extremely informative and extremely engaging.