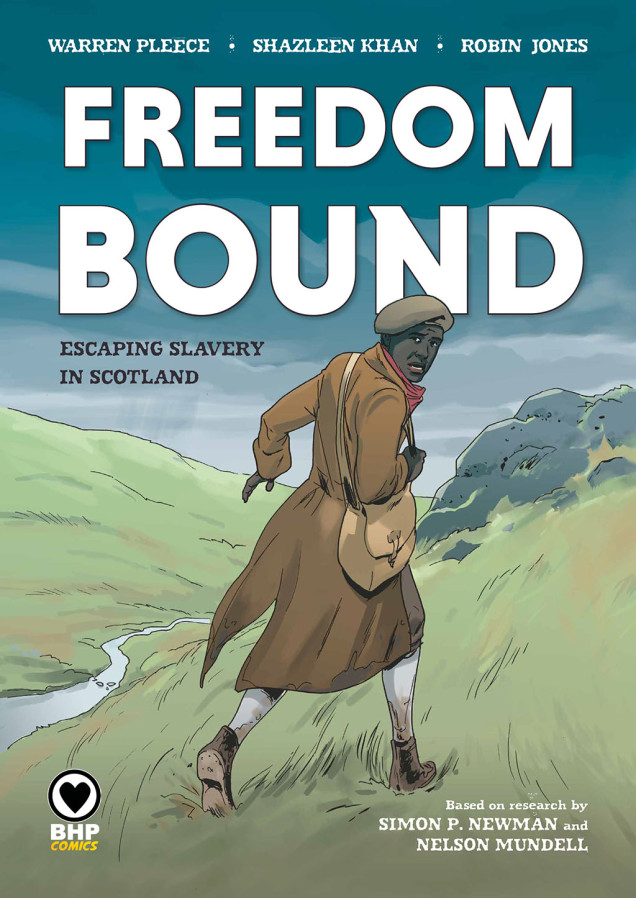 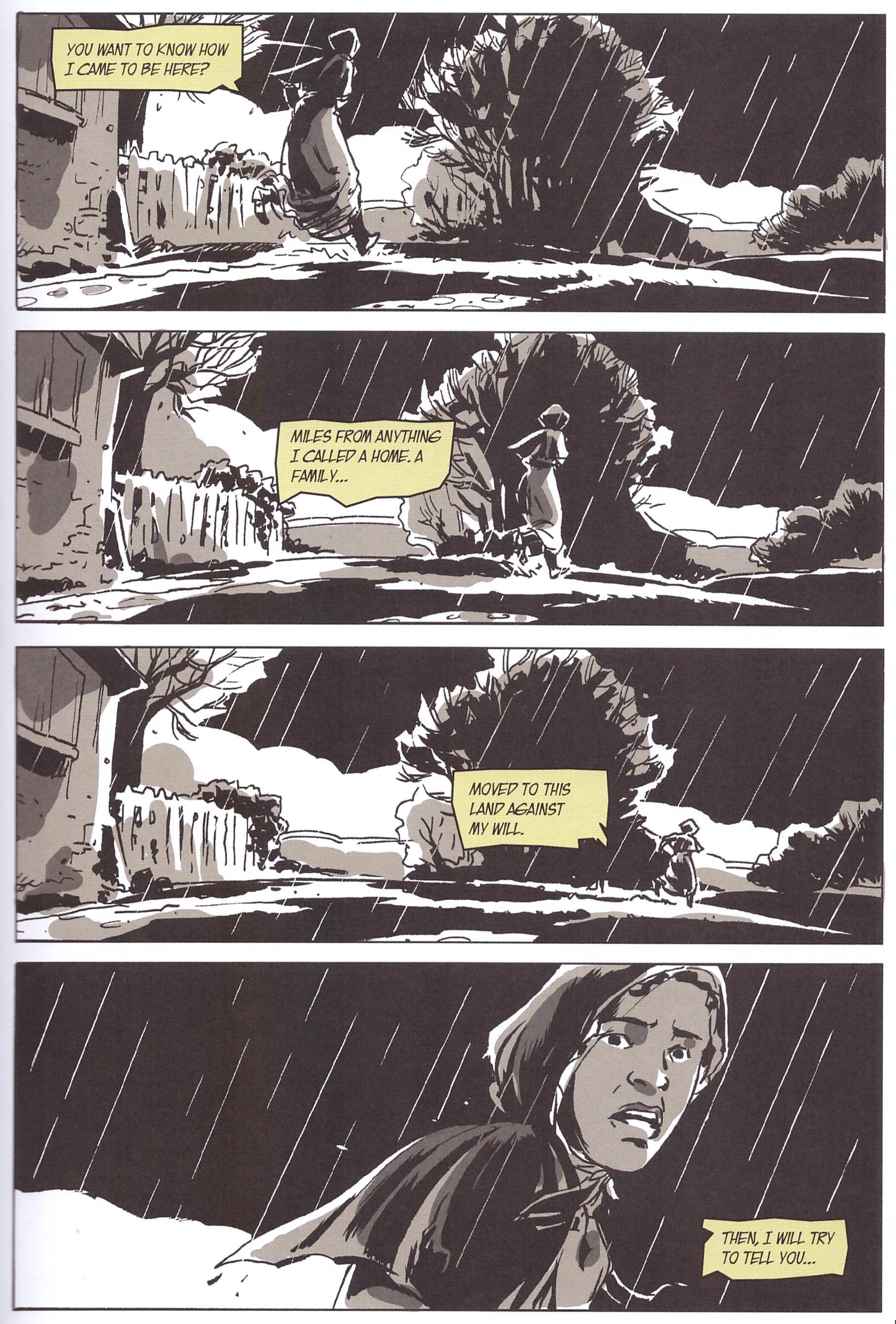 Freedom Bound is a project commissioned by the Runaway Slaves in Britain project, based at Glasgow University and accumulating a searchable database of newspaper listings posted during the 1700s by owners wanting to retrieve slaves.

While the Scottish narrative is one of a beacon of progression within the UK, this involves ignoring some uncomfortable truths, such as the eighteenth century success of Scotland’s largest city being founded on the tobacco trade. That involved considerable overseas holdings in the form of plantations, profitable via slave labour, something overtly stated during a court case detailed toward the end of the book. Occasionally those slaves were brought to Scotland, and based on newspaper notices notifying cases of runaway slaves and other available information, Warren Pleece concocts three stories presenting the likely experiences of three Africans who arrived in Scotland via Virginia.

Interestingly, Pleece doesn’t resort to scenes of whipping, extreme violence, or rape to engage sympathies. The most violent scene involves what could be categorised as manhandling, but the sheer repetition of indignities, insults and presumption of one person owning another generates the necessary outrage. After merely attempting to walk through the gates of the home in which she’s kept, Ann is collared with an engraved brass bracelet identifying her as the property of Gustavus Brown. Jamie Montgomery is taught the trade of a carpenter, but as much as the tools he works with still considered property himself.

Anyone used to Pleece’s art will be surprised by the difference an inker makes, with Shazleen Khan softening his usual tight lines. The downside is that the personality definition suffers, and particularly in Jamie’s story it’s sometimes difficult to work out which person is speaking, as they’re all similarly dressed. This lack of clarity apart, the change is a novelty. Pleece is back to inking himself for the third recollection, the longest and strongest of the three as more background material is available. There’s an unusual spirit of generosity to John Wedderburn as he made his fortune in Jamaica, treating Joseph Knight well by the standards of the times, even when returning to Scotland. However, the more repugnant owner/slave relationship manifested when Joseph requested payment for his services and permission to marry. Joseph’s case was eventually a landmark in Scottish law.

Plenty of background material and further links round off an educational project with funding provided to distribute a copy to every school in Scotland. It’s not the history most are aware of, but as Scotland’s black population increases, the history people should know.