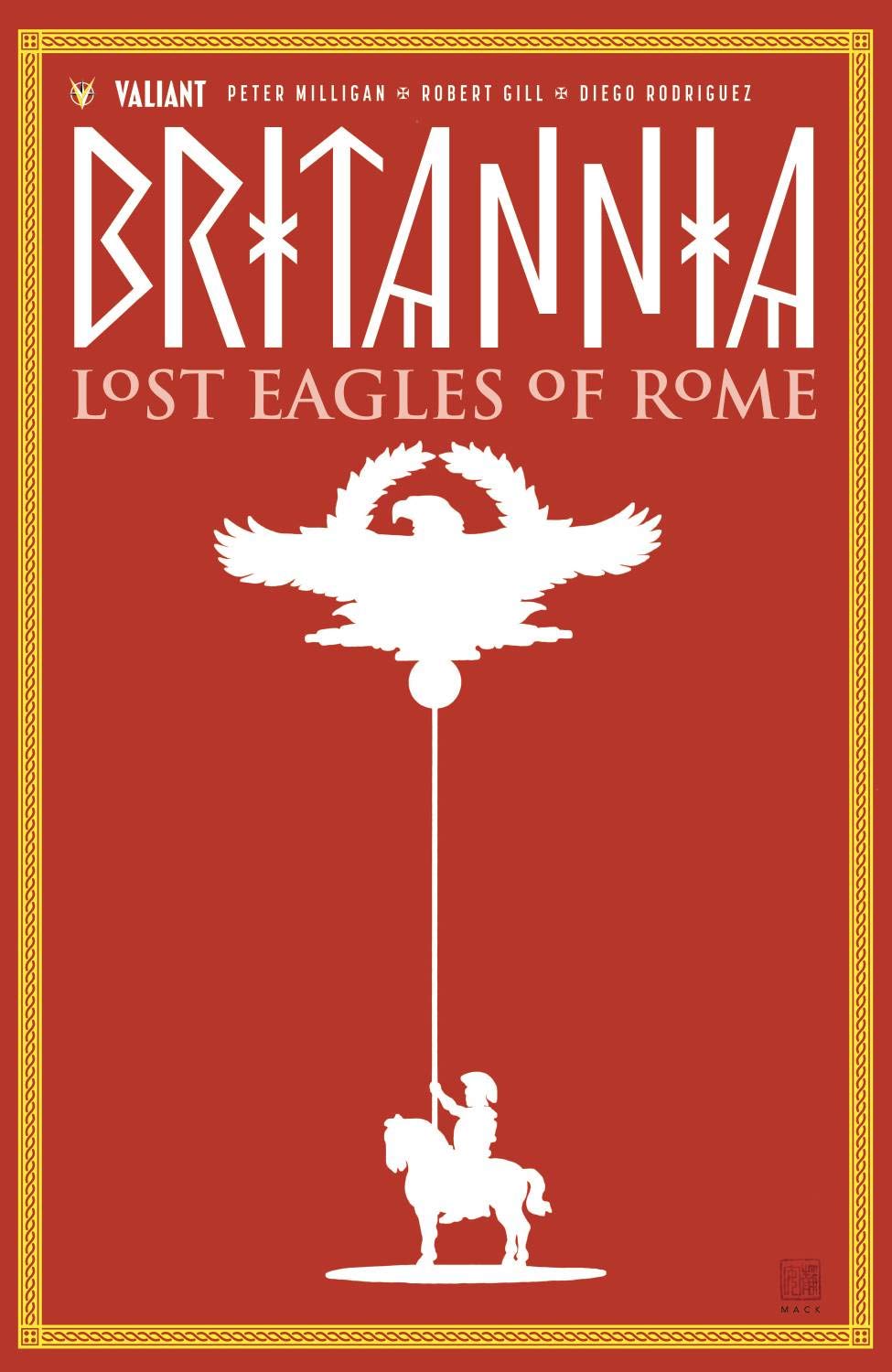 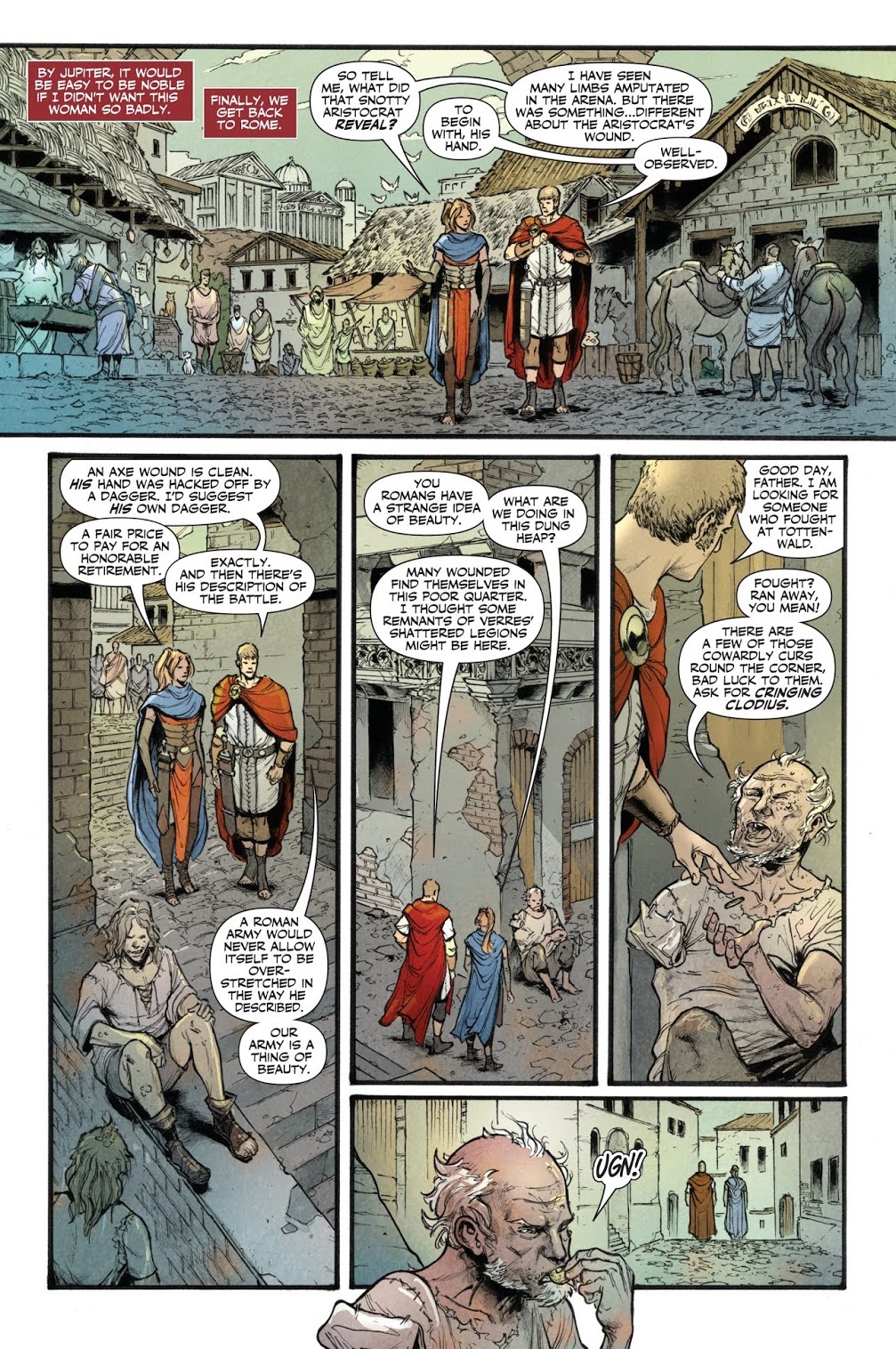 Much as the US flag is elevated to importance via the symbolism of what it’s supposed to represent, in Roman days the Eagle standard carried by every troop of soldiers served a similar purpose. It manifested the invincibility of Rome, and the loss of an Eagle was considered a grave offence. The loss of three, therefore, to barbarians in Germany is without precedent, enough to have the Roman citizens contemplating unrest and to have Nero quaking about his status as Emperor, founded on what he considers Godlike authority. To this end Rome’s Detector Antonis Axia is called upon to visit the Tottenwald Forest accompanied by the warrior Achilla, introduced in We Who Are About to Die, and tasked with recovering the Eagles.

Milligan bases his background on a famous Roman defeat considerably before Nero’s time, and weaves that into another absorbing story about political machinations and greed. Nero may or may not be unhinged, but what’s certain is that everyone in Rome lives or dies at his whim, and death will surely follow failure, never mind the task he orders being impossible. Antonius believes he can recover the Eagles, but that Germany may not be the best place to look. He gambles his life on visiting Egypt.

Over the previous two graphic novels Brittania has been seemingly indelibly stamped by the detailed and atmospheric art of Juan José Ryp, and his absence could be extremely detrimental. Replacement artist Robert Gill wisely opts not to imitate Ryp’s tight detail, using his own appealing, but looser approach, although not shortchanging on background elements. His Rome is grubbier than before, and so more realistic, and his other locations perhaps a little more generic, but telling the story well. Gill creates battle scenes as evocative in their own way as those supplied by Ryp, and works well with the theme of fire introduced midway through, colourist Jose Villarrubia also playing his part with those.

Milligan creates an interesting dynamic between Antonius and Achilla, a lust there, but also a great discipline on Antonius’ part, while Achilla’s battle skills honed in the gladiatorial arena are well applied. Whimsically, Milligan even makes good on death by giraffe, and offers some neat explanations at the end, but he doesn’t address a matter on which his story depends. With the Eagles so important to Rome, why wouldn’t anyone who’d taken one melt it down or sink it in the sea to ensure it could never be recovered? Likewise, surely a manipulative emperor like Nero could easily create viable duplicates. These nagging questions arise immediately and hang over what follows. It leaves Lost Eagles of Rome as still very readable, but flawed.

All three investigations Antonius carries out for Nero are combined in the hardcover Britannia Deluxe Edition. 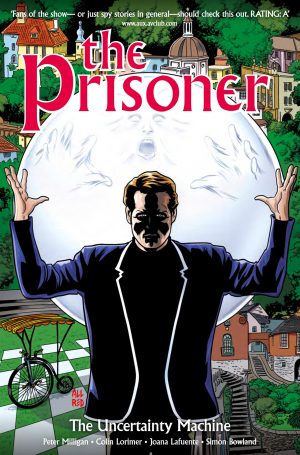