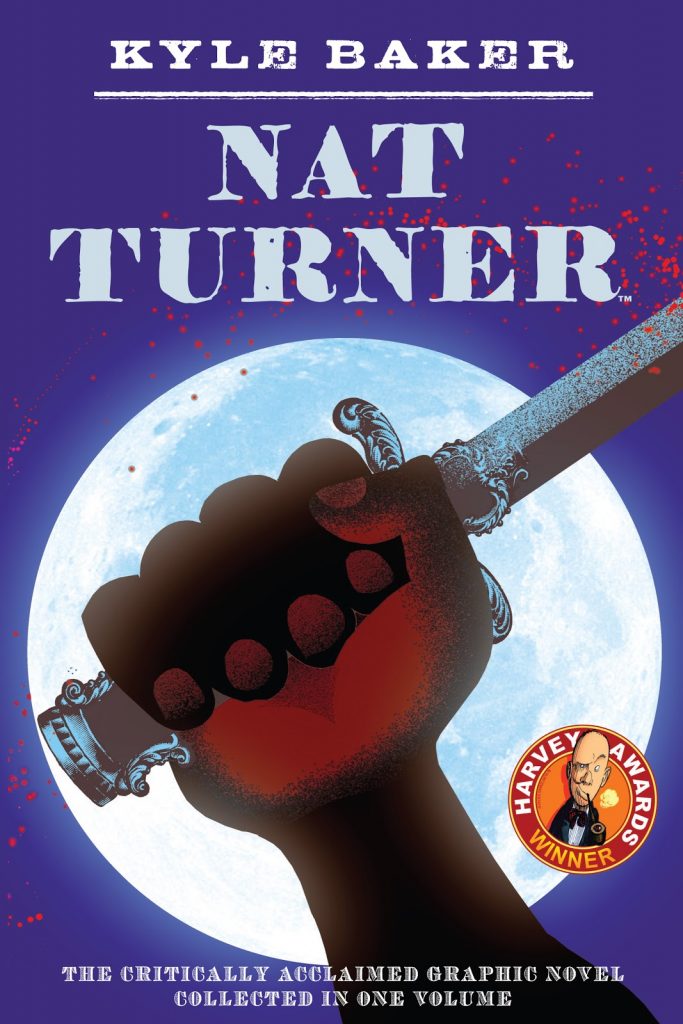 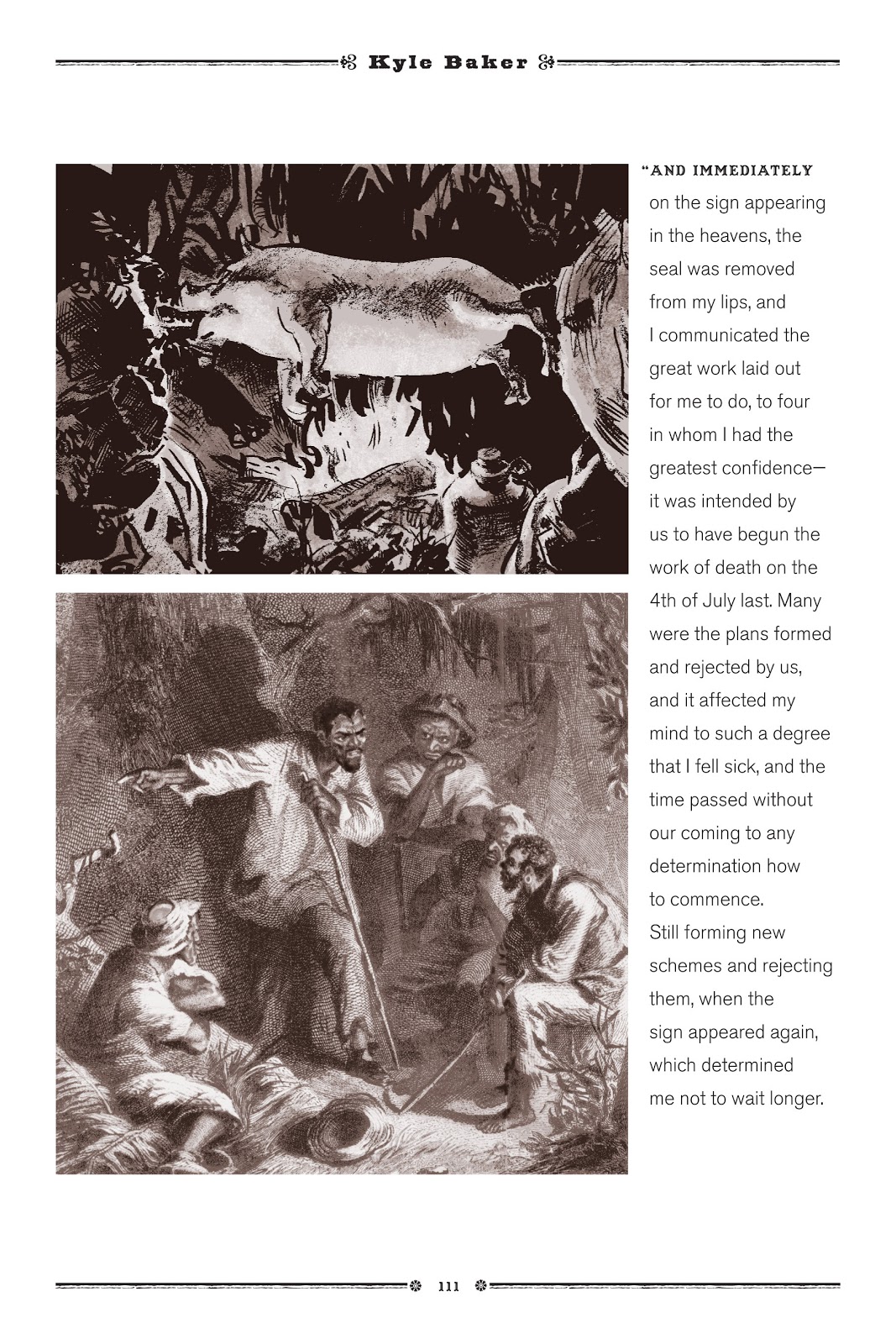 In his preface Kyle Baker relates how whenever he came across the name of Nat Turner it was just a brief mention of how he’d led a slave rebellion in 1831, with little further information. He cites Turner as an inspirational figure for inspirational figures, and that he originally chose to self-publish his adaptation of what was presented as Turner’s confession indicates a heartfelt commitment. The confession was dictated by Turner when jailed for his insurrection, and from just around the midway point Baker begins to include blocks of directly quoted text to accompany the otherwise wordless strip content.

From beginning to end, Nat Turner is no easy read, but the lack of much information beyond the rebellion makes this a frustrating graphic novel. We want to know more, but it isn’t there, although that’s not down to Baker. Much as we now might admire a man who led a slave rebellion, in 1831 preserving the biography of any slave would have been considered ludicrous, let alone a record of a man considered a criminal. The only source for any information about Turner is that confession before being hanged, as published by Thomas R. Gray. If we can believe the words to be an honest confession, which opens a discussion, this is a brutal and unforgiving story emotionally told. Turner is a remarkable man. He taught himself to read, escaped his plantation, yet returned due to a vision that he was to unite slaves and overthrow their masters. Beyond that we learn little of him prior to the rebellion. Baker prefaces this with an emotive depiction of how slaves were captured and shipped from Africa, and a horrific story Turner learned from his mother.

Technically, Baker’s drawing is wonderful, veering from loose cartooning to the occasional etching in the style of Gustave Doré, famed for his biblical illustrations, along with some great scenes as silhouettes. The posed exaggeration and biblical references are ideal for a powerful story, although at times the validity of his choosing to illustrate everything so explicitly is questionable. Do we really need a full page illustration of a child’s decapitation? Atrocities were committed, the concept of one group of people deeming themselves fit to dominate another being the starting point. Hanging is inhumane and diminishes a civilised society, and rendering it a public spectacle is disgusting. The gathering of slaves and treatment of them before and after being sold is beyond contempt. However, Turner was no leader of a merciful rebellion. Following his visions, his only realistic means of escape was to slaughter his captors and their families, sparing no-one. Baker ensures we can understand why any desire for revenge was paramount, but among Turner and his followers there was no concept of innocence, and two wrongs equalled right.

Beyond the graphic violence, Baker’s presentation is true to the source, clearly laid out, and designed to be uncomfortable reading. It’s frustrating that so little information is available, and that the source could well be less truthful than claimed. It certainly reads as if sensationalised for the audience of 1831. Leaving aside all issues of violence, Turner’s story deserves to be more widely known for achieving, however briefly, what hardly anyone else managed during America’s days of shameful slavery. Baker’s dedication in following through his initial curiosity eventually resulted in awards.