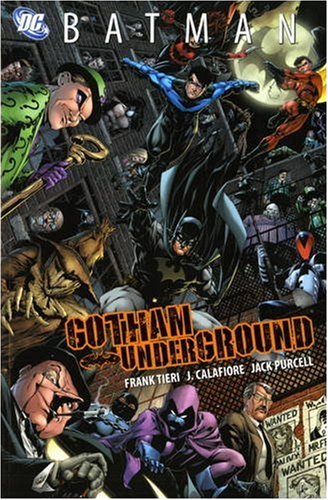 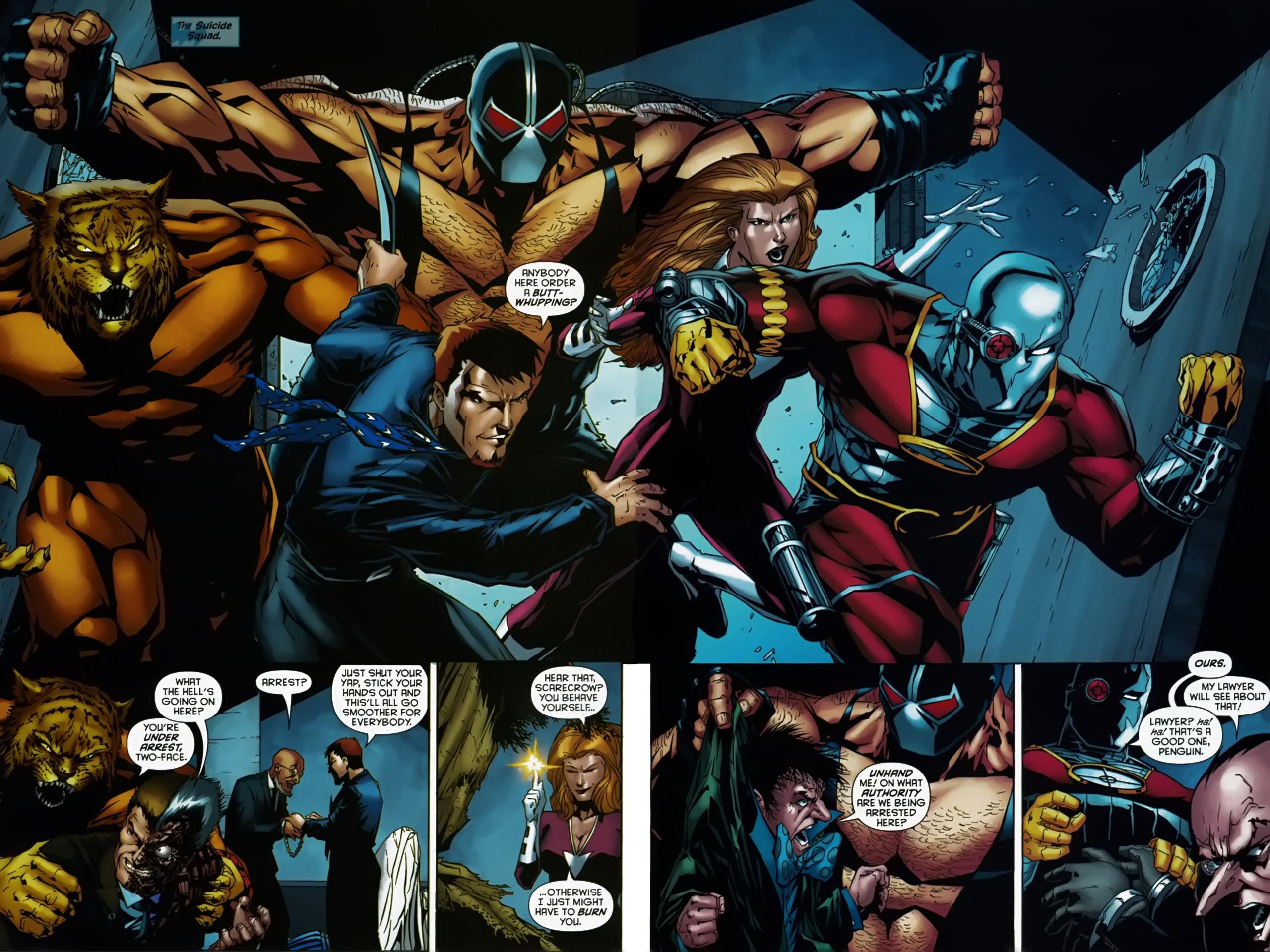 No, this isn’t a graphic novel about Gotham’s transit system, but an investigation of the assorted criminal parties jockeying for position after the demise of crimelord Black Mask (see Catwoman: Backward Masking). It also ties in with events leading to Salvation Run. Batman is present, but it’s primarily in his ‘criminal’ identity of Matches Malone, looking into why Gotham’s villains are being rounded up by the Suicide Squad.

Writer Frank Tieri spreads the spotlight far and wide. We witness the gangs attempting to organise, the villains interacting, and Batman and friends attempting to investigate. More and more characters are thrown into the mix, but the result is akin to inflating a balloon that little bit too far, no matter how ridiculous the Penguin’s army of new costumed criminals are. When the greatest question in the entire book is why Metropolis villains would be moving into Gotham, it’s an indication that the readers are going to be a step ahead at most stages. There’s blood and significant unpleasantness, but at no stage is there much in the way of suspense or mystery.

Perhaps the art is the compensation? Well… J. Calafiore doesn’t have a very appealing style overall, so the job of telling the story is carried out in the most perfunctory manner. It’s his design experiments that stick in the mind. A chapter titled ‘Pieces of the Puzzle’ features jigsaw puzzle shaped frames, but that’s the sole memorable aspect of the art.

Not that the plot is any more memorable. It takes a very long time to rearrange the chairs in Gotham, and Tieri all too often takes the easy route of having someone just shuffle off stage. Several points are not addressed by the end of the book, presumably dealt with in other contemporary series.

Gotham Underground may have had some small appeal when published as monthly comics for those buying other Batman titles of the era. Detached from that and years later there’s little to recommend it.