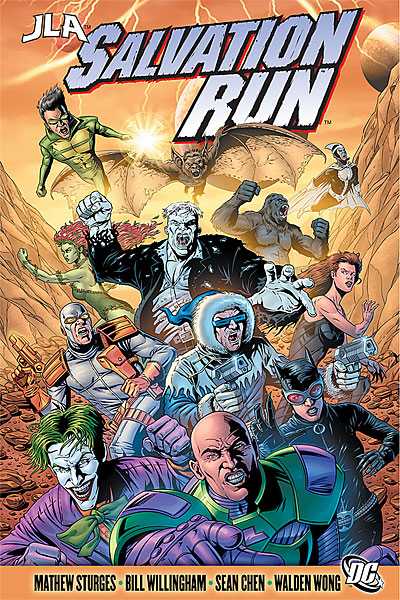 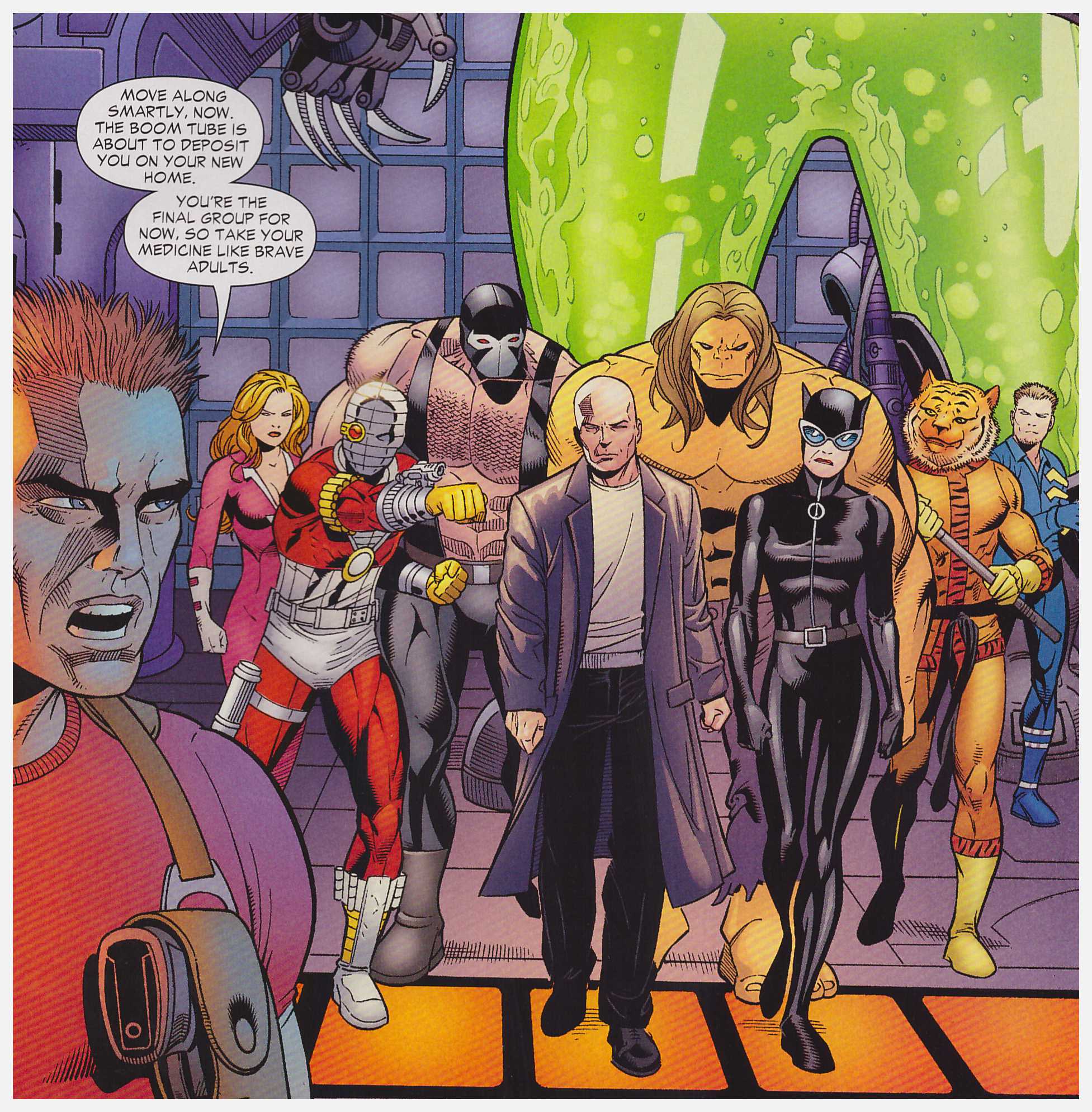 For approximately five years from 2004 DC’s superhero line continuously spun their circumstances from Identity Crisis, a story beginning with the revelation that the Justice League had resorted to mind-altering techniques to nullify dangerous villains. By 2008 the end was finally in sight to the sprawling mess generated.

In an idea similar to one used in Marvel’s Civil War a year previously, DC’s heroes began to rid the world of super-villains. Still, starting points aren’t finishing points. In Civil War the opposition were incarcerated in super-jails off world, whereas at DC the villains are transported to an alien world where they’re left to fend for themselves. Salvation Run focuses on those villains.

First to arrive are five of Flash’s foes, and we see the dangers of the world through their experiences before the next batch of villains arrives two weeks later, including the Joker. Shortly after that, Lex Luthor is among the transportees, thus setting up the conflict. The cast breaks into two camps, with a third batch of villains following Vandal Savage, and it should come as no surprise that they’re unable to play nicely together.

Bill Willingham writes the opening chapters, introducing the scenario well, and leaving us in no doubt about the nature of those spotlighted with several well conceived and frightening sequences. He also establishes that the planet may seem uninhabited, but there’s advanced technology beneath the surface, and it’s defended by feral robots. It’s just as well the criminals were permitted to retain their costumes and accoutrements. Sean Chen’s layouts are well up to the standards he’s set previously in superhero comics, but the inks of Walden Wong aren’t a sympathetic match, resulting in insubstantial and angular figures.

Unfortunately, after two chapters the writing is left to Matthew Sturges, who lacks Willingham’s wit and imagination. The remainder dips from interesting to standard, stretching a slim plot too far, and incorporating very few surprises. The Joker and Luthor continue to be well characterised, but not to the point where they compensate for the ordinary nature of the remaining material.

If you’re primarily a Justice League fan, don’t be suckered in by JLA being appended to the title. The involvement of a single member is barely enough to merit what’s therefore a marketing ploy.