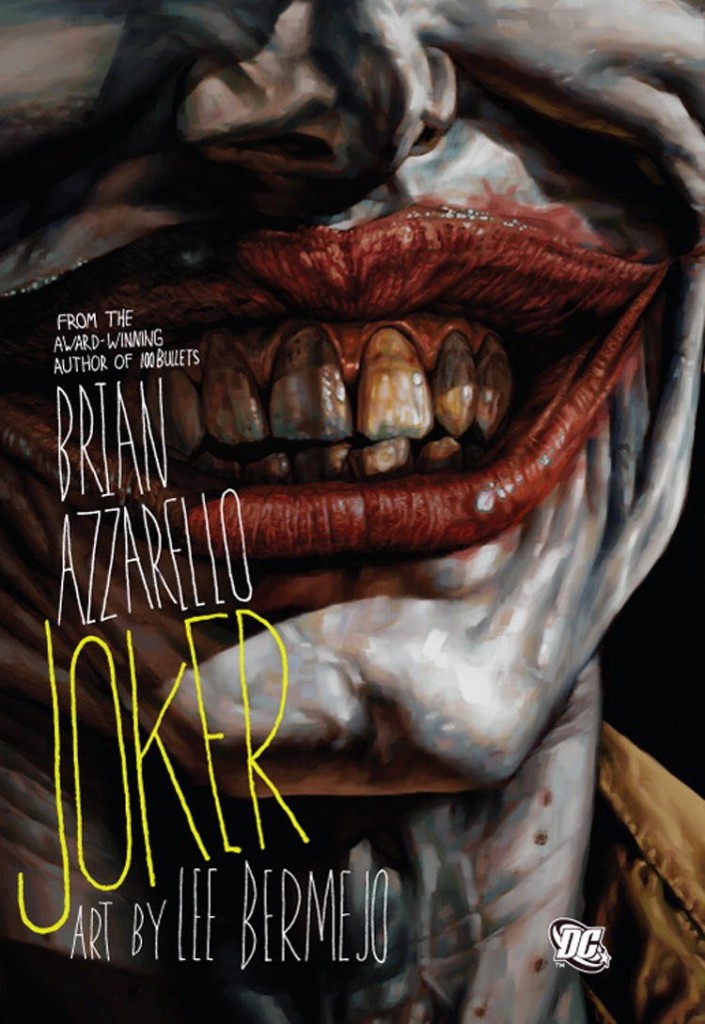 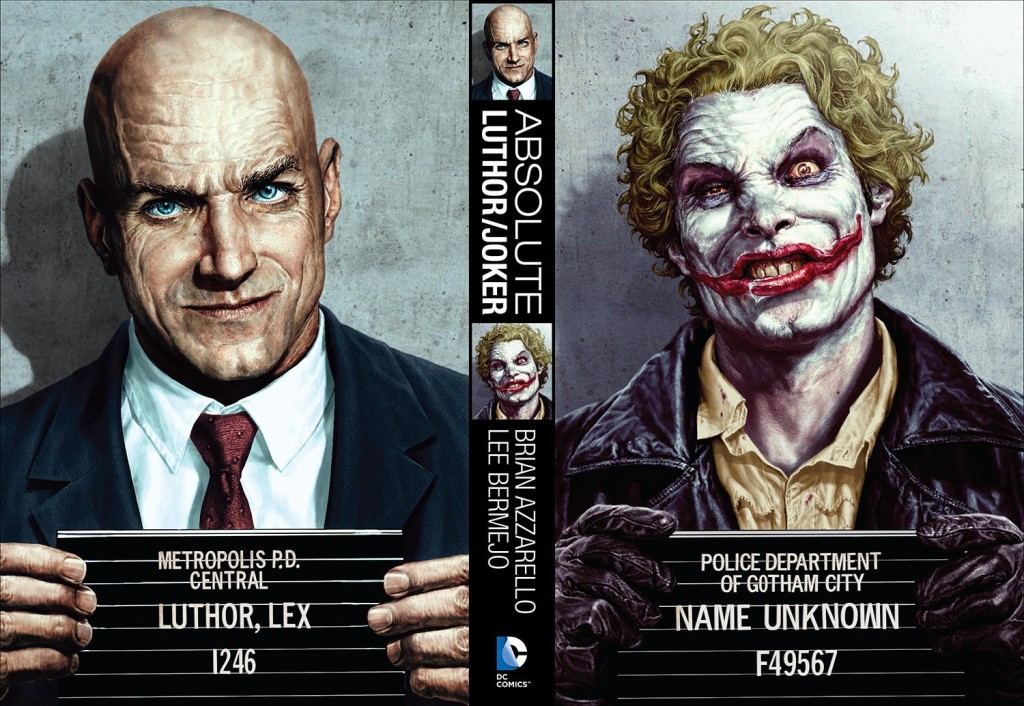 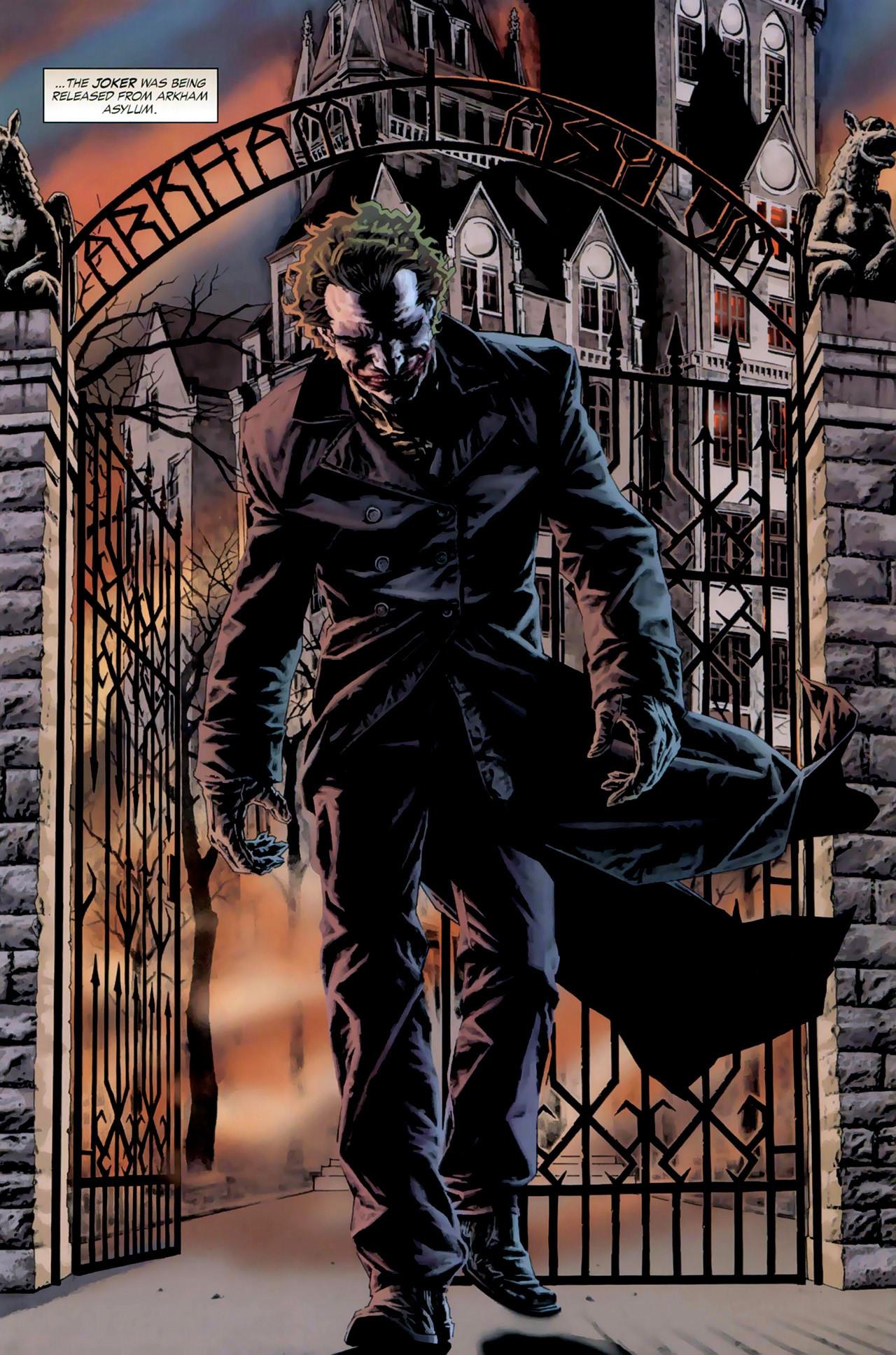 By any criteria other than actually reading the book, this should be a graphic novel to savour and wistfully pull from the shelf to reignite those happy memories every few years. After all, it features the most compelling villain in the DC pantheon, it’s written by Brian Azzarello, hot off magnificent crime series 100 Bullets, with art from the masterful Lee Bermejo. Yet Joker is a disappointment, an underwhelming work that doesn’t live up to the immense promise. Why is this? Largely because for all the mayhem, for all the posturing and for all the character building the book is dull.

It’s largely down to Azzarello, who from the off creates a distancing tone via narrative captions that may be clever in places with their verbal puns and segues, but which also consistently distract. Yet they’re not clever enough to distract from the lack of plot.

The Joker is constructed through the eyes of Johnny Frost, a white haired and suited career criminal first sent to collect the Joker as he strolls through the gates of Arkham Asylum. Explaining why a deadly lunatic is being released might involve some thought, but Azzarello’s applying his thought elsewhere, so that lack of logic is glossed over. Frost is well defined. Always seeking status, but never through earning it, he’s easily seduced by the charm of the Joker in charismatic mode, and basks in the association.

In place of any great plot Azzarello institutes a tension as Frost becomes hooked via the Joker attempting to reclaim his territory and the reputation that’s been diminished while he’s been away. We have cameos from other Gotham villains, and, eventually Batman, whose presence is almost an afterthought, but one that tugs at another plot contrivance. Yes, this is a story about the Joker, but if Batman’s introduced then the question arises as to why he permitted the gang war Joker instigates to accumulate such a high bodycount.

There have been numerous interpretations of the Joker, and most work in one form or another. Azzarello goes with the unhinged loose cannon, intimidating via unpredictability, but a unifying factor has been that the Joker likes a laugh. Hell, his name tells you that. It may be at an incident so perverse or terrifying that it turns the stomach, it may be a stupid gag, yet for all the shots Bermejo provides of the Joker grinning away, there’s no humour to found anywhere here. Instead we have a nihilism (see how easy those verbal puns are?) as both the Joker and the narrative revel in violence. Page after page of deeply unpleasant atrocity serves not to underline the repulsion of brutality, but to glamorise it.

That’s partly attributable to the allure of Bermejo’s art. Some of his layouts are breathtaking, and he’s not yet striving for the false polish of photo realism that characterised his later graphic novels. His cast are worn and cautious, apart from Harley Quinn who’s largely seductive window dressing. Bermejo’s Joker is squarely based on Heath Ledger, although, oddly in some of the expressions, you can almost glimpse Cesar Romero. Now, that would have been a good joke.

This is also available combined with Azzarello and Bermejo’s Luthor: Man of Steel, in an Absolute hardcover and slipcased edition.