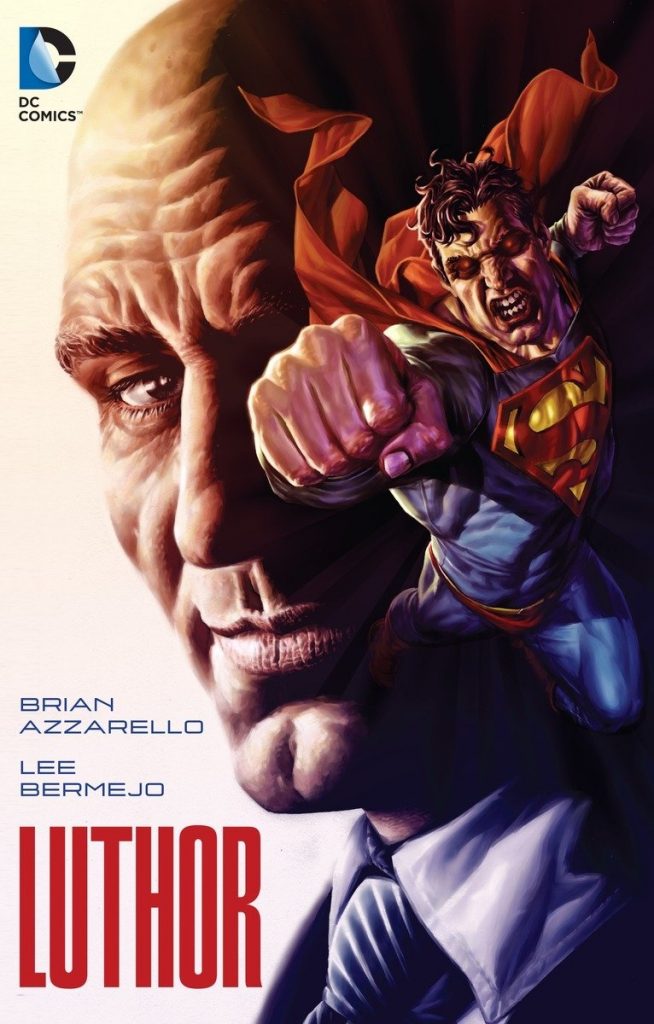 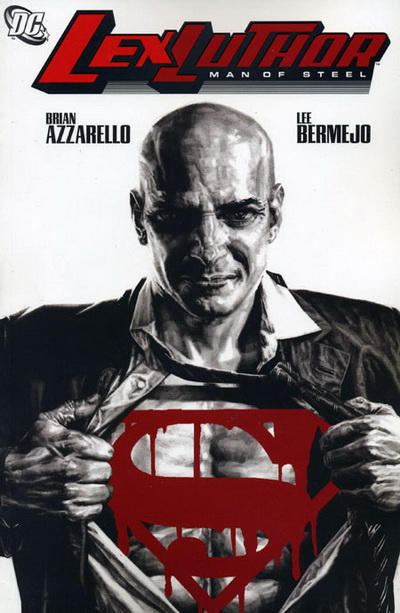 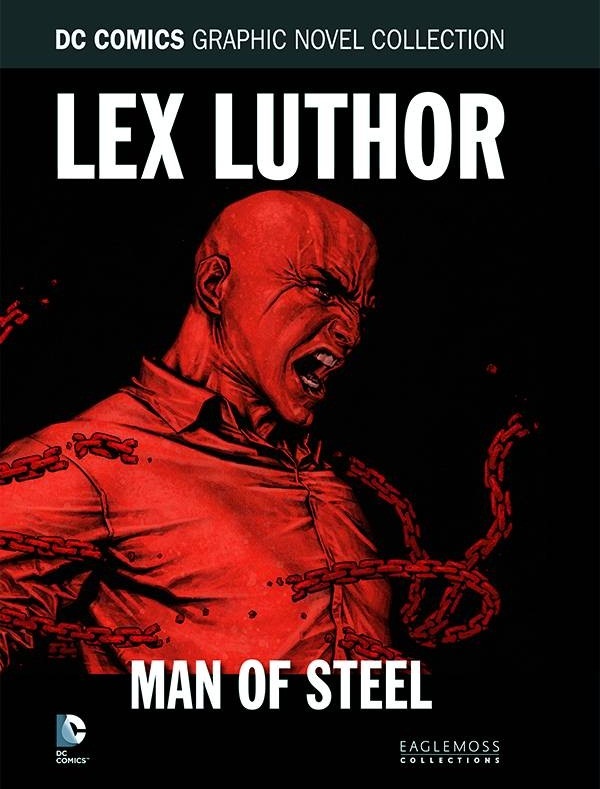 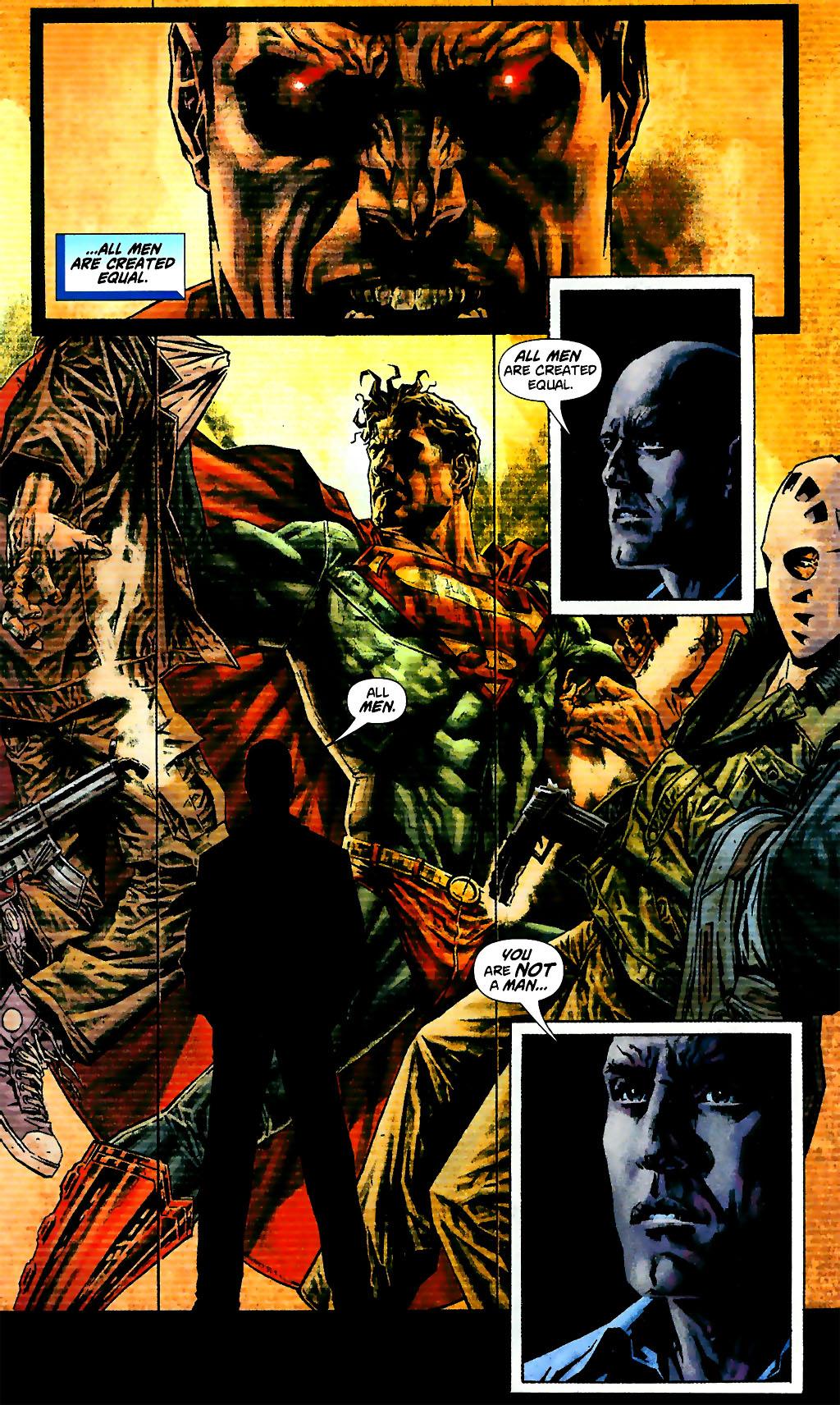 DC have reduced the title to plain Luthor in their latest reissue, but that does a clever title disservice. The original title played on the nickname applied to Superman, whom Lex Luthor considers his greatest enemy, and Brian Azzarello ensures it applies also to Luthor’s business methods, a man who never bends, always stands firm. He’s also in the process of constructing a giant steel skyscraper in Metropolis, a monument to his ego.

Azzarello and Lee Bermejo invite us to spend a few days in Luthor’s company, using a two pronged approach. At times the first person narrative captions could be Luthor’s address to some business congress as he pontificates on the nature of power, and how to exploit it. That’s coupled with more traditional dialogue concentrating on his obsession with Superman. Azzarello’s Luthor fits the mould of 2006, the confident businessman with vast technological access forever scheming to bring down a Superman he views as not human, while hypocritically committing inhumane atrocities to prove his point. To this end he’s generating his own hero, and is constructing an impossibly complex scheme with multiple components all locking into place. It’s very arch in places, and difficult to determine if Azzarello’s Luthor is genuinely self-deluded in his twisted break a few eggs to make an omelette attitude to helping humanity, or trotting out a parade of homilies in the full knowledge of what he’s doing. An opening conversation with his cleaner, fraught with sinister undertones, turns out to be genuine, so it’s possibly the former. It’s certainly a valid interpretation, someone otherwise intelligent who can’t see the wood for the trees, and the sleeping with a super woman sequence is darkly funny in a psychological sense.

This isn’t quite the refined Bermejo that would develop, but the art is nonetheless mightily impressive. A clever aspect is that Superman is portrayed as if through Luthor’s eyes, a dark and unforgiving presence forever hovering just outside the periphery. Superman barely speaks, but we see the monster Luthor’s creating in his mind. Elsewhere Bermejo provides page after page of attention grabbing layouts that never deviate from telling a clear story. It’s an admirable talent, as is his ability to define a character. Luthor uses catspaws, and some of the best sequences involve an assassin, beautifully designed by Bermejo as 1970s sleaze.

As a sidebar, ridiculous old Superman villain the Toyman is recast as a paedophile. Why? It’s all too easy, adds nothing to the story and does it really shock? This is gratuitously out of place even in what’s intended as a dark glimpse into the usually bright world of Metropolis.

Ultimately, Azzarello’s set himself up to fail just as Luthor’s set himself up to fail, as he’s attempting to create a veneer of sympathy for a man whose capricious attitude to right and wrong has him indulging in monstrous acts. Man of Steel is further flawed by Azzarello permitting Luthor full self-justification. He captures the tendency of the powerful to love the sound of their own voice, but in achieving accuracy those sequences fall far short of engrossing, and there are plenty of them. It leaves Man of Steel a mixed read, good in places, dull and frustrating in others. 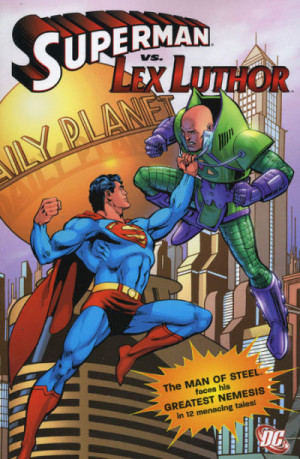