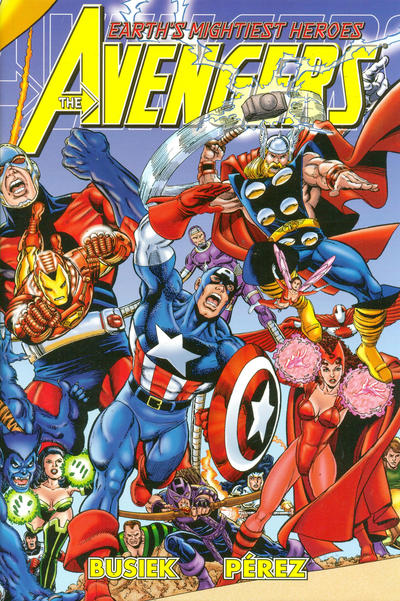 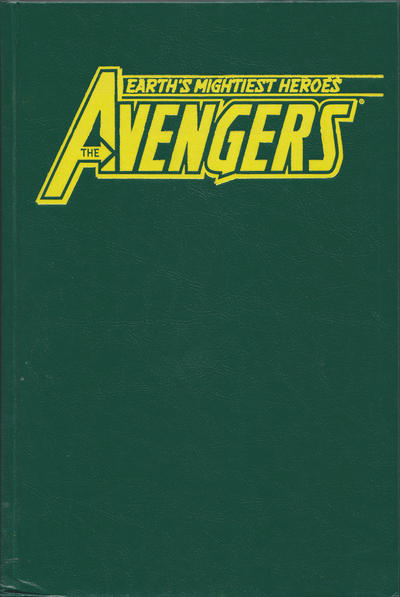 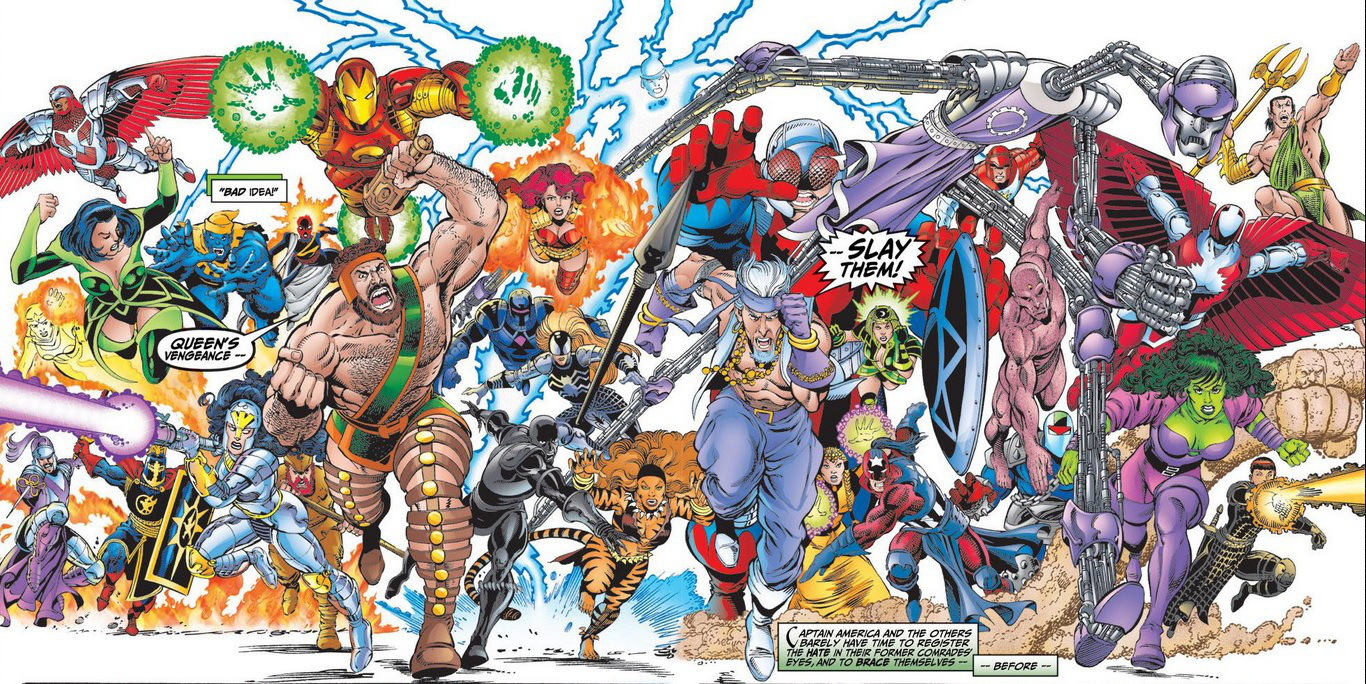 Confusingly, there are two graphic novel series titled Avengers Assemble. One collects the regular series created to feature the same team of Avengers as seen in the 2012 movie; the other, earlier, material is a collection of Kurt Busiek’s Avengers, with this volume collecting the first year, from 1998, when Busiek was teamed with fan favourite Avengers artist George Pérez. These had previously been collected in The Morgan Conquest, Supreme Justice and Clear and Present Dangers. They take the Avengers from a gathering of almost all members before throwing them into an alternate reality, through a confrontation with the Squadron Supreme, and concluding with a celebratory story of Avengers Day. This volume also reprints Busiek’s script and Pérez’s pencils for the first issue of the relaunched series, giving an idea of how much detail Pérez contributes from the start.

Busiek followed a long period of Avengers comics that were mediocre at best, and he intended to return the title to its core values. He was helped by the employment of Pérez on pencils, which evoked the storytelling principles of the early 1980s, when Pérez had last drawn the series. Nothing Busiek supplies is particularly innovative, and none of it will stick in the reader’s mind in the way that The Kree-Skrull War or ‘Even An Android Can Cry‘ do. What he does well is tell good, solid stories in the Avengers tradition, and along with Pérez’s extremely attractive art, this is exactly what most Avengers readers of the late 1990s wanted.

On the positive side, ‘The Morgan Conquest’ set amongst all the other tales makes rather more sense than its presentation as a single story, possibly quite hard to assimilate for a reader unfamiliar with the many Avengers included. On the other hand, there are some odd editorial decisions. The story originally published in the joint Avengers/Squadron Supreme annual, in which the Squadron are, for once, presented as not inherently inferior to the Avengers, is placed directly after the two-part Squadron Supreme story in the regular monthly title, which on the face of it creates appropriate unity. But in story terms it’s clearly meant to occur after the following regular story, which explains the absence of Warbird from the team.

As for that tale, in which Warbird quits the Avengers, this was part of ‘Live Kree or Die!’, that ran across four titles. This volume only includes the final chapter, which appeared in Avengers. At least the reader is not left without a conclusion, and the details of the other parts are recapped, but it is disappointing. For the other three chapters, the reader has to turn either to Supreme Justice, which also places the second Avengers/Squadron Supreme story in the correct place, or to the recent Busiek/Pérez Omnibus, volume 1. If you access this volume through a Kindle collection, you get these issues, as well as the 2000 Avengers Annual, to be found in volume two.

The comics here are not earth-shattering, but solid Avengers fare that will appeal to the long-term fan. The editorial decisions that have shaped the collection, though, render this volume oddly dissatisfying, and the reader is perhaps better directed to other reprints of this material.