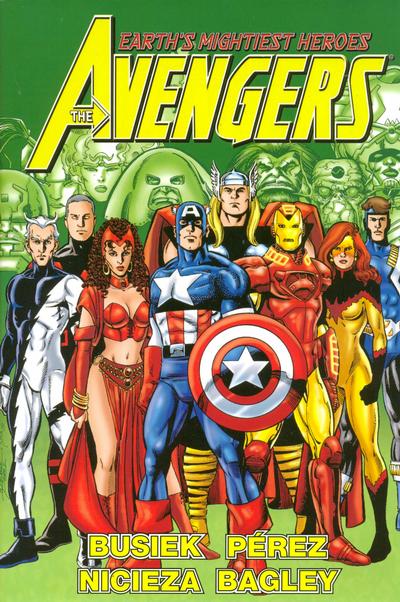 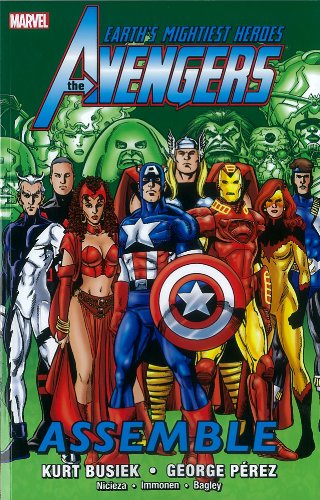 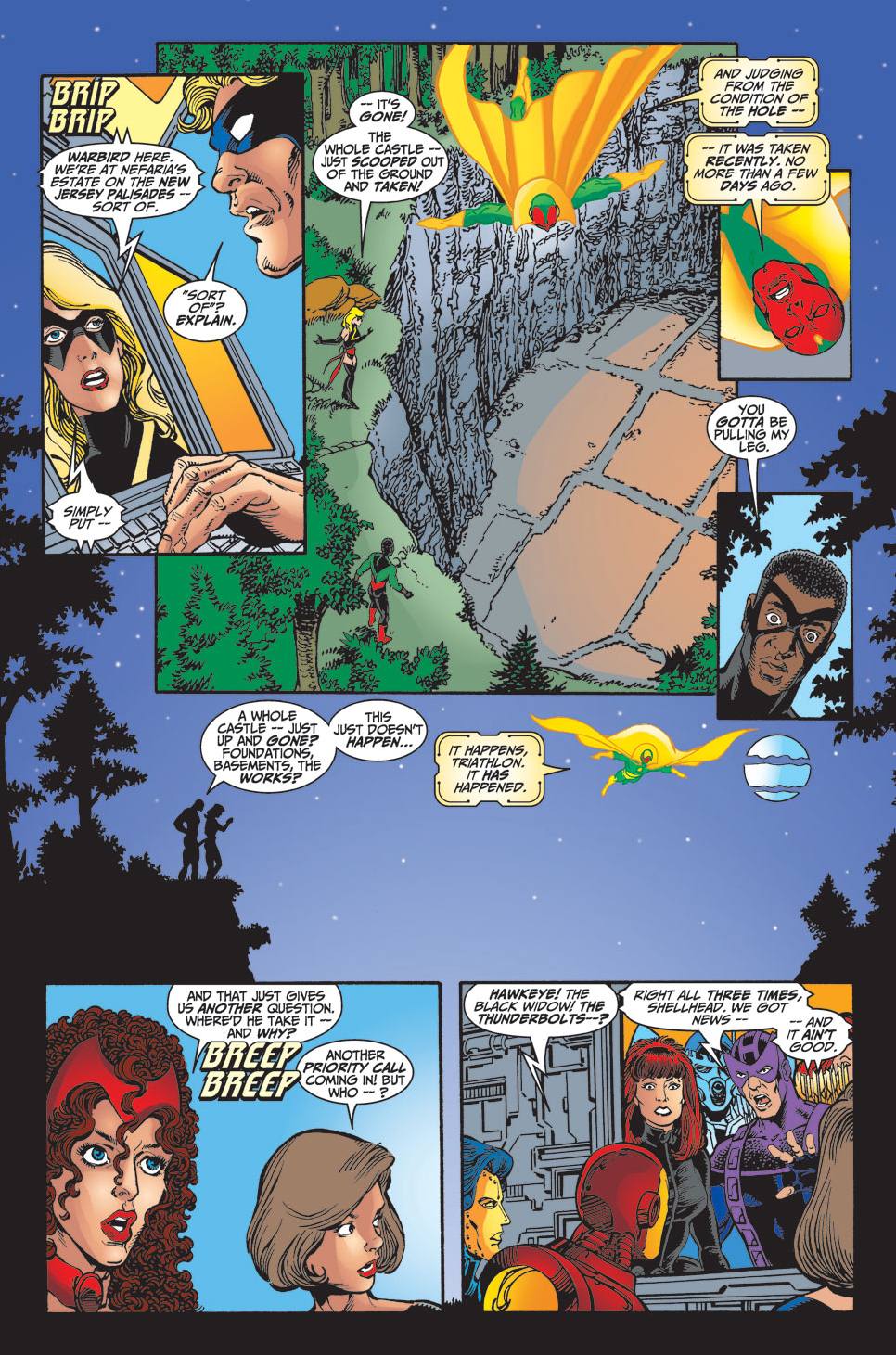 This covers the last year or so (1999-2000) of the Avengers collaboration between Kurt Busiek and George Pérez. It contains material previously issued in Avengers: Living Legends, with which it shares a cover image, and the Avengers/Thunderbolts crossover The Nefaria Protocols. The Thunderbolts parts are by Fabian Nicieza and Mark Bagley.

For the first half of this volume Busiek is coasting a bit, not only continuing to revisit old Avengers tales, but starting to cannibalize his own past stories. However, he really ups his game in the Count Nefaria material that occupies the second half – this is a classic Avengers story in the old style, where Busiek manages to build up the plot well and deliver an effective payoff.

The other highlight, of course, is George Pérez’s artwork, effectively inked by Al Vey. Pérez has modified his style from earlier in the run. The figures now tend to occupy more of the frame, there is greater use of blank space, and less of the intense detail for which Pérez is famous, especially in the backgrounds. This, and a fill-in by Stuart Immonen and assist by Paul Ryan, are possibly signals that Pérez was finding it hard to deliver his Avengers pages within the timescales required. Nevertheless, even a less detailed Pérez is still a lot better than many other artists, and this is quality material.

Later editions also include a 2000 Avengers Annual by Busiek, Norm Breyfogle and Richard Howell, previously collected in early editions of volume 4. This is really a Hellcat solo adventure, leading into Steve Englehart and Breyfogle’s Hellcat miniseries. It doesn’t have much to do with the regular Avengers comics, and it’s slightly surprising that Busiek, rather than, say, Englehart, wrote this.