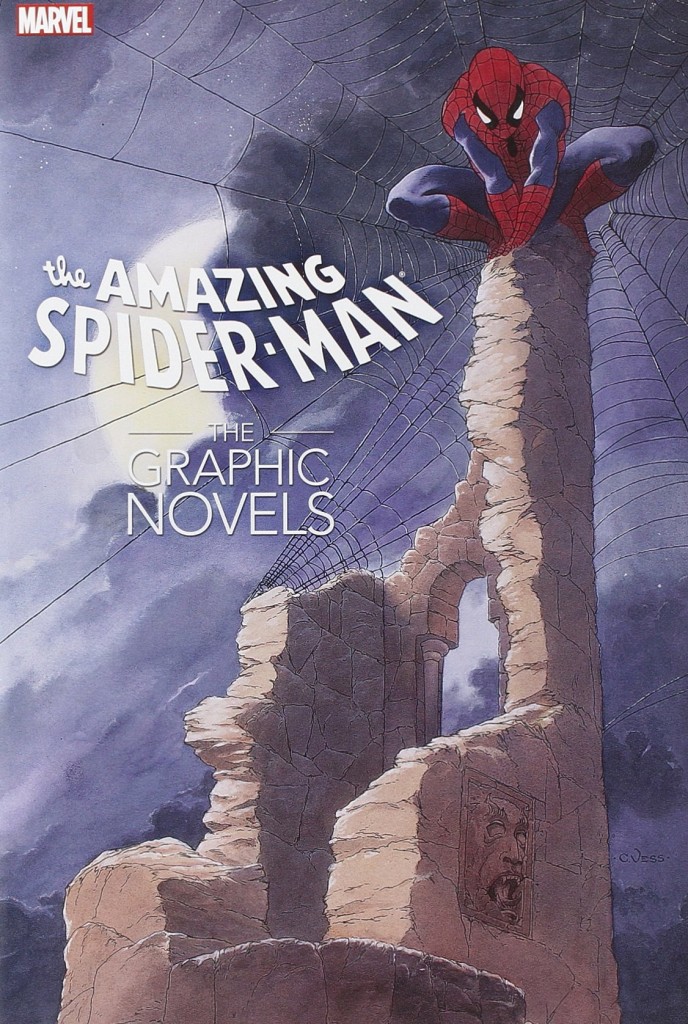 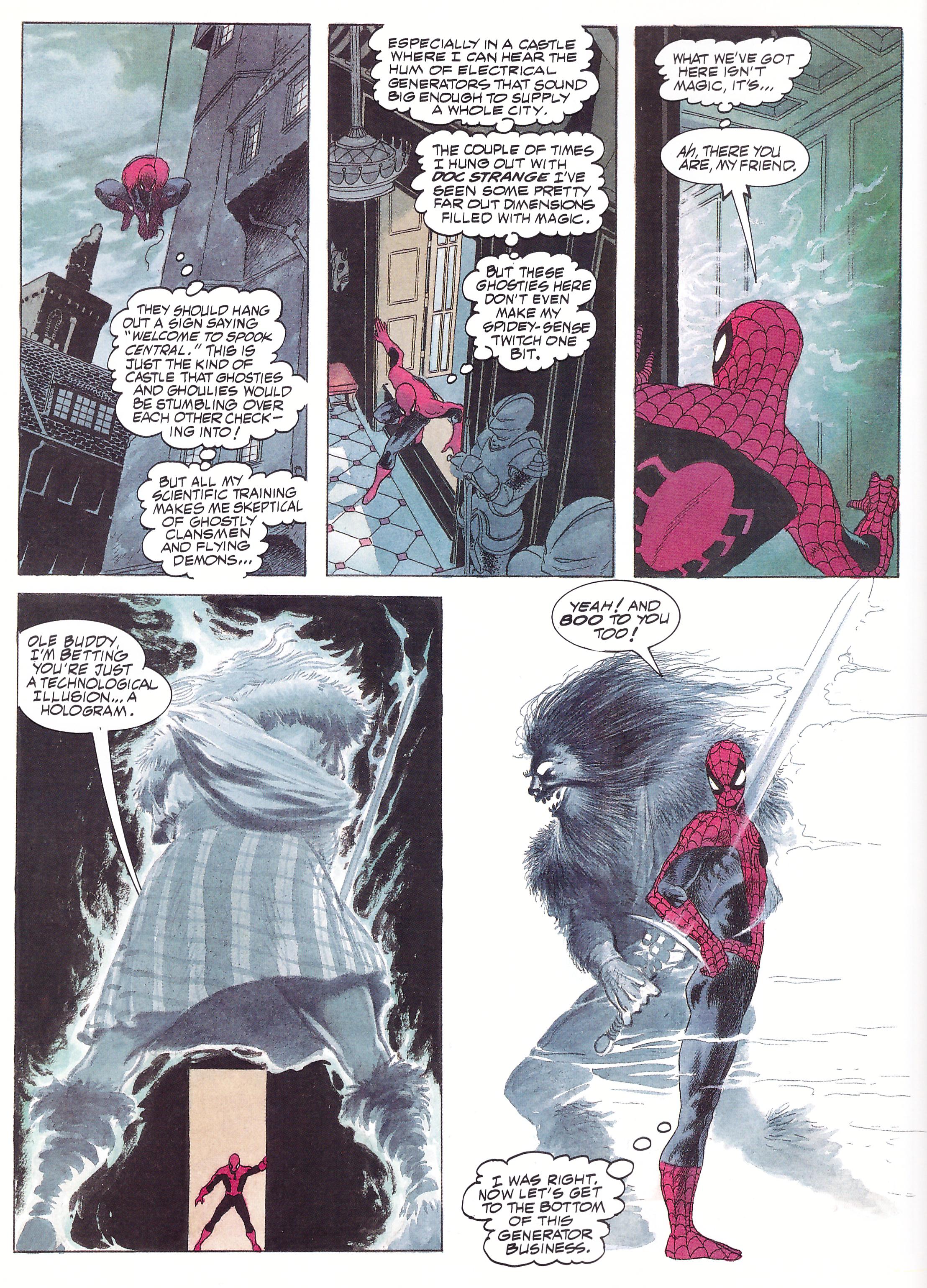 Between 1986 and 1992 Marvel published four Spider-Man graphic novels in a format not too far removed from European album size, and these are gathered for Spider-Man: The Graphic Novels. The downside is that what were oversized presentations have been reduced to standard trade paperback format, with the consequent loss of artistic detail. This particularly affects the work of Charles Vess and Bernie Wrightson, so art fans might prefer to track down the original printings.

This is very much a mixed bag of material with little connection other than Spider-Man’s involvement. Hooky, Spirits of the Earth and Parallel Lives do exploit the graphic novel’s isolated structure, presenting stories that it’s difficult to imagine occupying three standard Spider-Man comics, while Fear Itself… well, we’ll get to Fear Itself.

Both Vess on Spirits of the Earth and Wrightson on Hooky very much engaged with their material, Vess so much so that his contribution includes a seven page essay extolling his love of the Scottish Highlands. That’s where he sends Spider-Man in what’s the best story in the book. Vess notes the idea of Town Mouse and Country Mouse being the inspiration for removing Spider-Man from his environment and comfort zone to an area lacking high buildings to swing from. It’s a deeply personal work into which Vess pours so much that he loves, and if not all the delicacy of his art survives the reduction, at least Marvel printed his terrific endpapers of Spider-Man on a cairn in Kyle of Lochalsh. His is both the cover feature and sample page. Wrightson similarly enjoys a script tailored to what he loves, which is illustrating a squishy monster able to transform into anything else he might feel like drawing. The story, created with Susan K. Putney, meanders and features a rushed ending in which not everything is explained, but Wrightson’s having a ball and that’ll be enough for his fans.

The remaining two stories are written by Gerry Conway and neither approaches his best work on Spider-Man. In the case of Parallel Lives this is a disappointment as it begins with a good idea, filling in the background of Mary Jane Watson, but devolves into standard Spider-Man filler and another rushed ending. As Conway’s story weaves around already established elements, Alex Saviuk’s art plays homage to the artists of that material, particularly Steve Ditko and John Romita, and for the remainder of the pages uses a pleasant Archie style.

Closing the collection we have Fear Itself, for which words almost fail. Conway in conjunction with Stan Lee is obviously aiming at a James Bond style of over the top spy thriller, with a knowing Roger Moore raised eyebrow at the audience. The balance, however, is wildly misjudged, and this lapses into self-parody, most obviously with a jaw-dropping resurrection for wartime Nazi villain Baron Zemo. Ross Andru is never less than professional, his effective page compositions an under-rated factor of his art, but by the end even he can’t take matters seriously either.

More detailed reviews of each graphic novel included here are found under their original titles, some of which are the more advisable purchase.