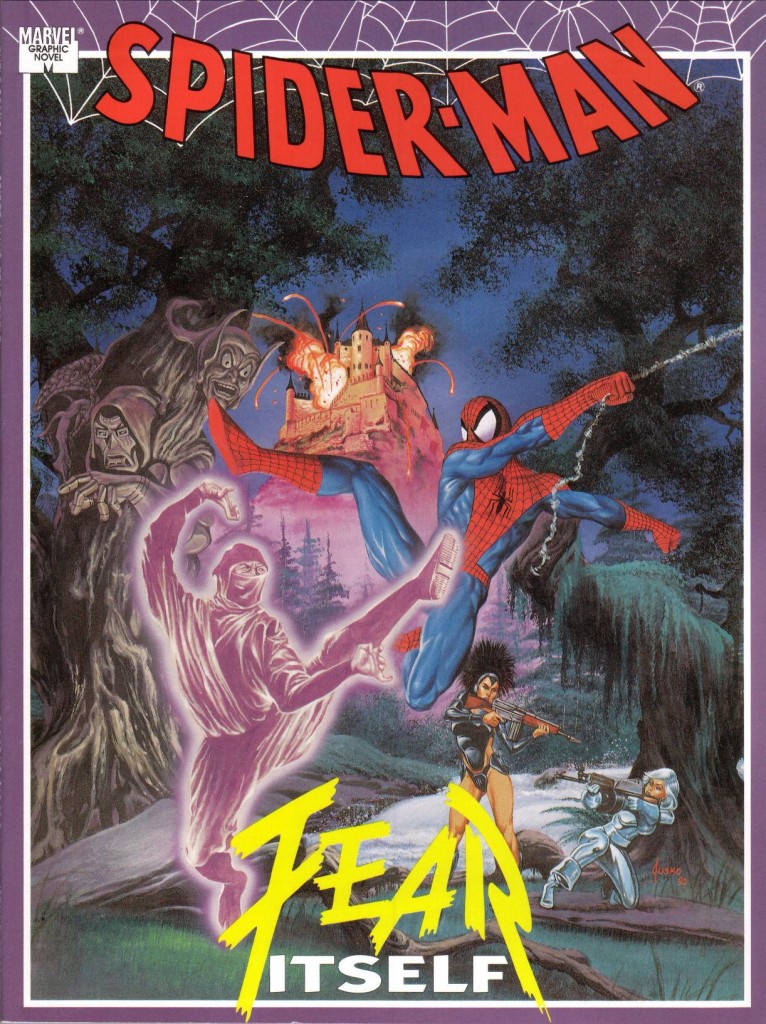 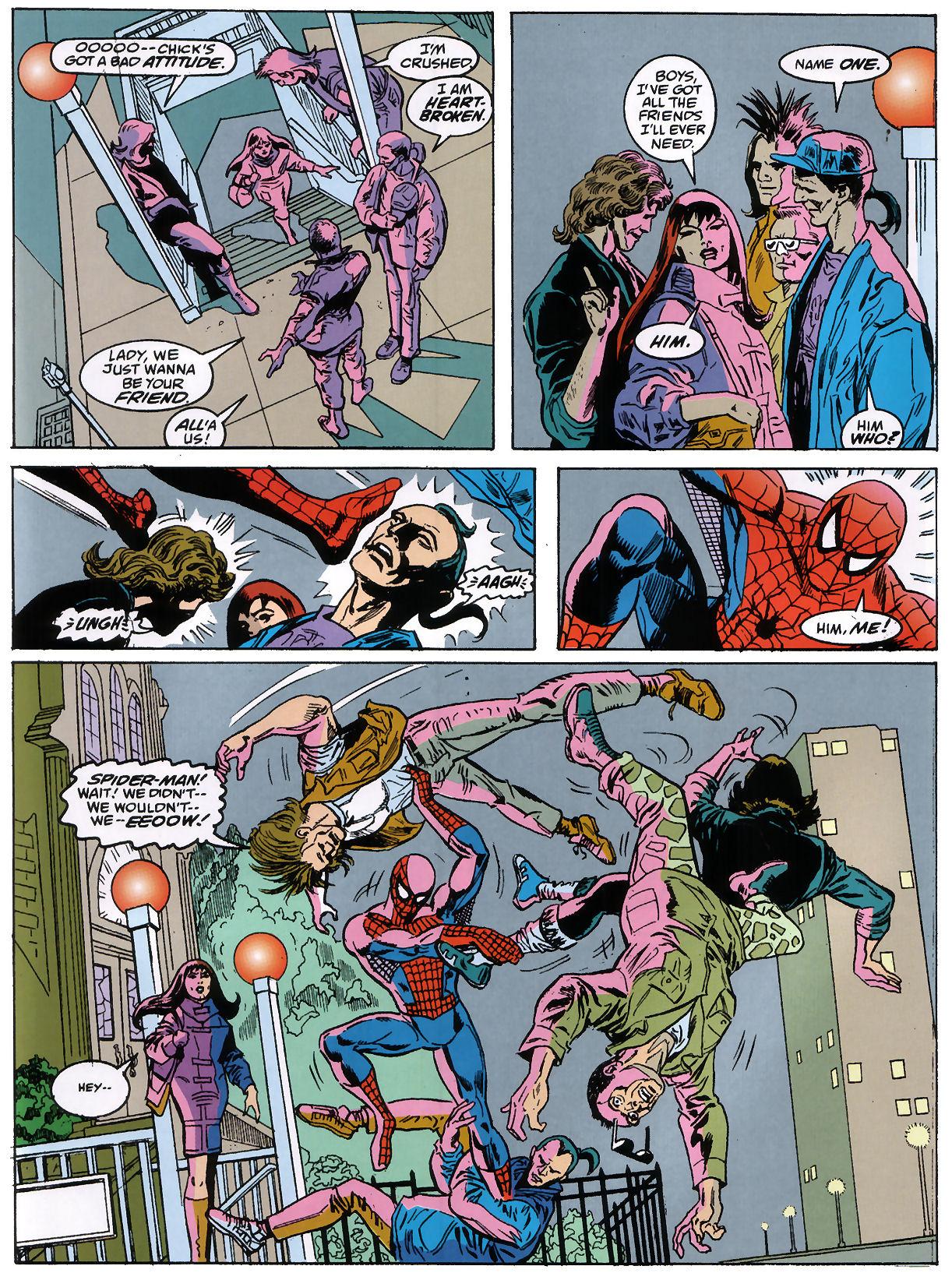 By the time Marvel published Fear Itself in 1992 their oversize graphic novel line was dying the death of a thousand cuts. What had begun as a home for events, launches and creator owned projects not having to adhere to Marvel universe continuity had come to house resolutely ordinary materia. In some cases thesel lacked the distinguishing qualities enabling them to stand out as two or three standard comics. Case in point: Fear Itself.

There’s no connection to the 2011 Marvel crossover of the same title. The fear here is induced by crystals, an unexpected side-effect of research to cure schizophrenia in what’s supposed to be a top secret project, yet is nonetheless known to several parties from other nations. One of them, the Baroness, has appropriated the world famous Bavarian landmark of Neuschwanstein as her impenetrable HQ, and has considerable resources at her disposal, including an invisible ninja. Between them Stan Lee and Gerry Conway concoct a James Bond style plot that requires Spider-Man and Silver Sable to disrupt some nefarious plans that have threads heading all the way back to Hitler’s supposed death in World War II.

It’s meant to be over the top, tongue in cheek pulp style adventure with a knowing wink and raised eyebrow, but even being aware that’s the case it tips over into self-parody, not least with the surprise re-appearance of arch-Nazi Baron Zemo. He’s seemingly delighted with his new body, which raises several questions as to his inclinations that have never been resolved.

Ross Andru draws this with all the subtlety it deserves, for the most part trying not to let his hilarity come though, but occasionally not able to prevent it. This is most readily apparent with his depiction of Baron Zemo, but Spider-Man’s dramatic full page pose as he bemoans a senseless death is hardly convincing. Andru, lest we forget, has previous for illustrating wild-eyed loons in Spider-Man stories.

By the final few pages none of the creators can keep a straight face, and they’re hilarious. It’s perhaps no surprise that the oversize Marvel graphic novel line sputtered to a halt three books later, but this is collected with three other Spider-Man efforts, all better let it be said, in Spider-Man: The Graphic Novels. Oh, and just in case there’s any confusion, this has nothing at all to do with Marvel’s 2011 Fear Itself crossover.