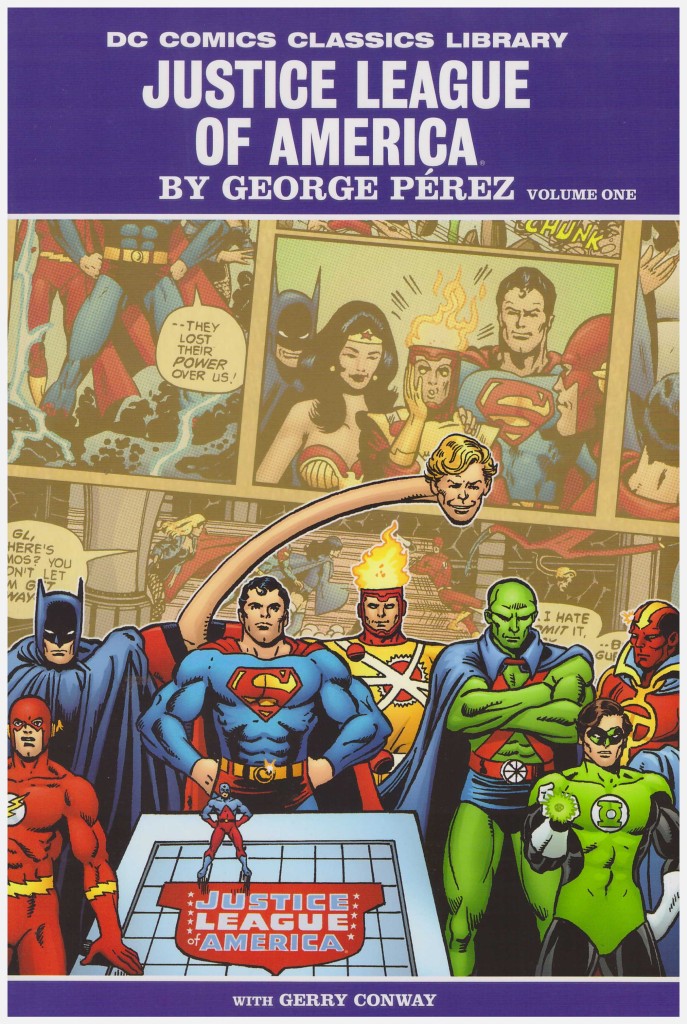 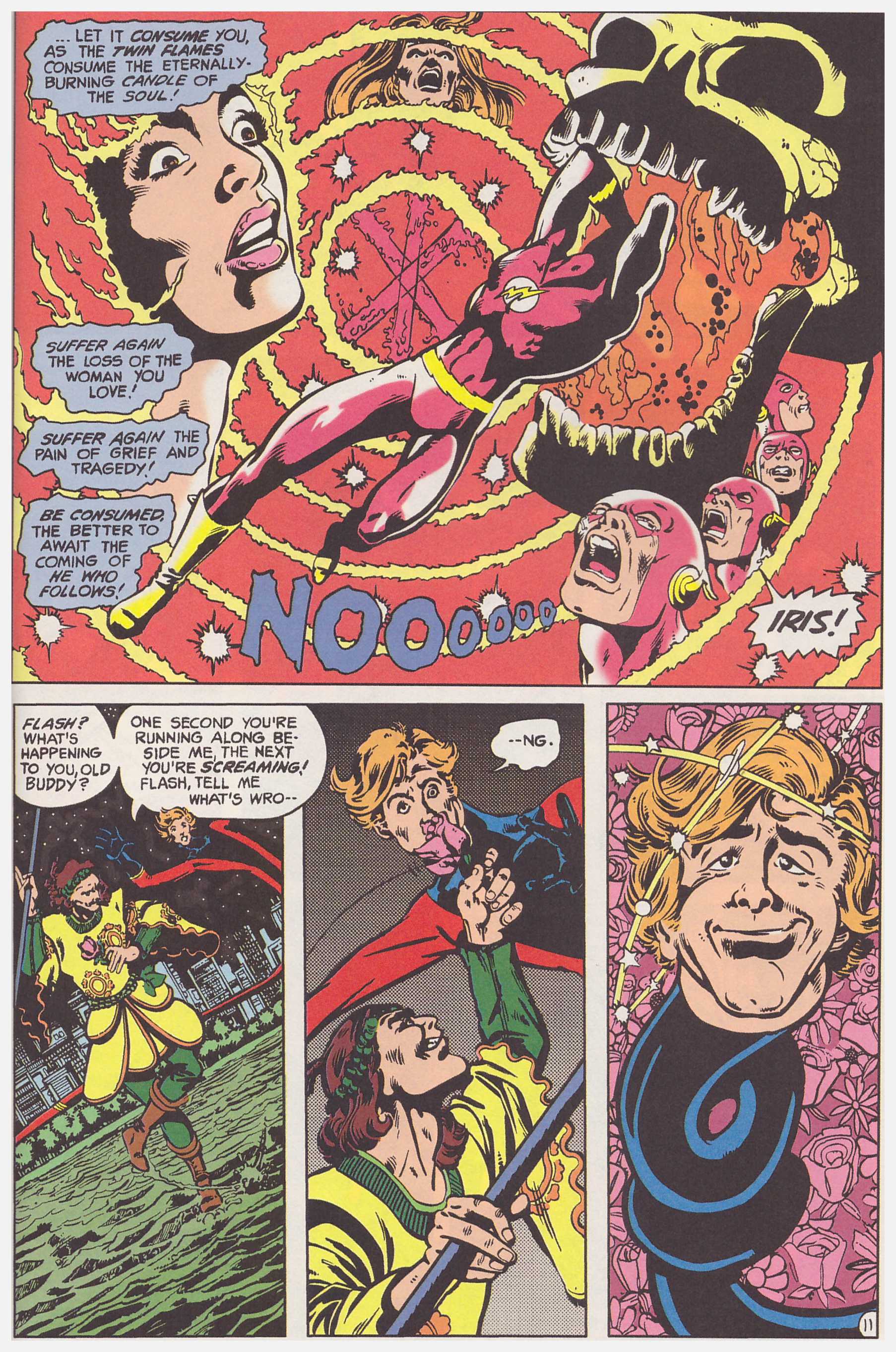 George Pérez becoming artist on The Justice League of America in 1980 was under unfortunate circumstances. Dick Dillin had drawn every issue of the title for the previous thirteen years, but died after completing the first chapter of the annual teaming of the Justice League with the Justice Society. While accepting this is the first of two hardcover books spotlighting the artwork of Pérez, could Dillin’s opening chapter not have been included for a complete reading experience? After all, volume two includes the work of many other artists.

In 1980 Pérez was the tail end of the first post-Marvel generation, professional creators who’d thrilled to superhero team comics as child. Whereas old school comic artists of the 1940s to 1960s resolutely avoided superhero teams, viewing as a chore having to pack their panels with anything up to a dozen costumed characters, Pérez positively relished the challenge. As far as he was concerned, the more of them the better. That enthusiasm is apparent throughout this collection.

The most ornate strip here sees the Justice League face off against an assortment of foes based on tarot cards. Their magical origins counteract the superpowers of most JLA members, and Pérez conceives some spectacular designs for the likes of the Fool and the Queen, and the variety of locales displays him at his best. His pages are also improved by the inking of John Beatty, whose line is more cultivated than that of Frank McLaughlin on the opening material.

Pretty well any page shows why this is a collection by Pérez, rather than Don Heck who was also producing Justice League stories at that time. Pérez makes the action appear so energetic via use of innovative viewpoints and page layouts, and there are very few artists so consistently able to deliver the heroic pose, yet also render the cast as resolutely ordinary out of costume.

Every story here is written by Gerry Conway, and while a good cut above Conway at his worst, they’re not peak Conway either (see Cinder and Ashe). Both this and the following collection feature tales hinging on an inexplicable contrivance that we just have to take as gospel for the story to work. His best plot returns the Red Tornado in his garish 1970s costume, offers a revised take on what had been a pretty basic origin story for the character, and simultaneously fixes a weak old plot featuring the type of contrivance he himself uses elsewhere. He also supplies some fantastic dialogue in places. How about this peak of pomposity from Darkeseid: “Orion! So the pup returns to attack its sire! I know not how you freed yourself and your friends, child, but in a way I am gladdened for it is only fitting that I rid myself of you in this, the hour of my triumph!” Whew!

Reprinting a mere six issues, extending the series to a second highly priced volume, is definitely a case of bilking the fans, and the price hasn’t dropped considerably over time. The only bonus material reprints a series of postcards Pérez drew of individual Justice League members. For those who’d prefer to save money, the JLA/JSA story can also be found with others of its ilk in volume five of Crisis on Multiple Earths. And that does include the Dillin chapter. 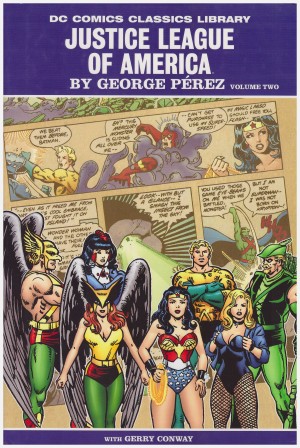