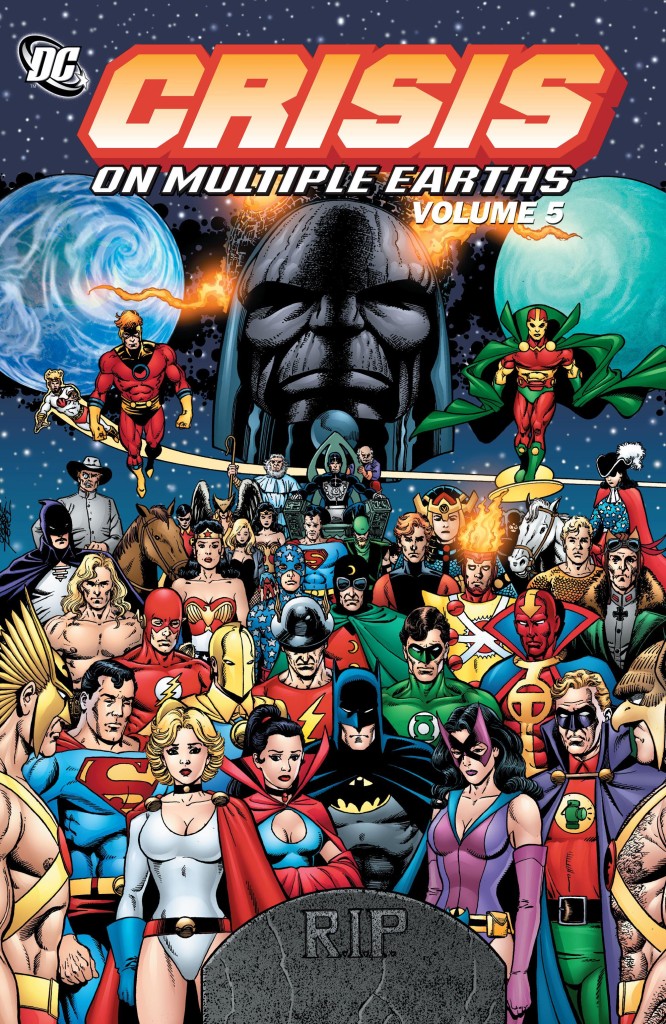 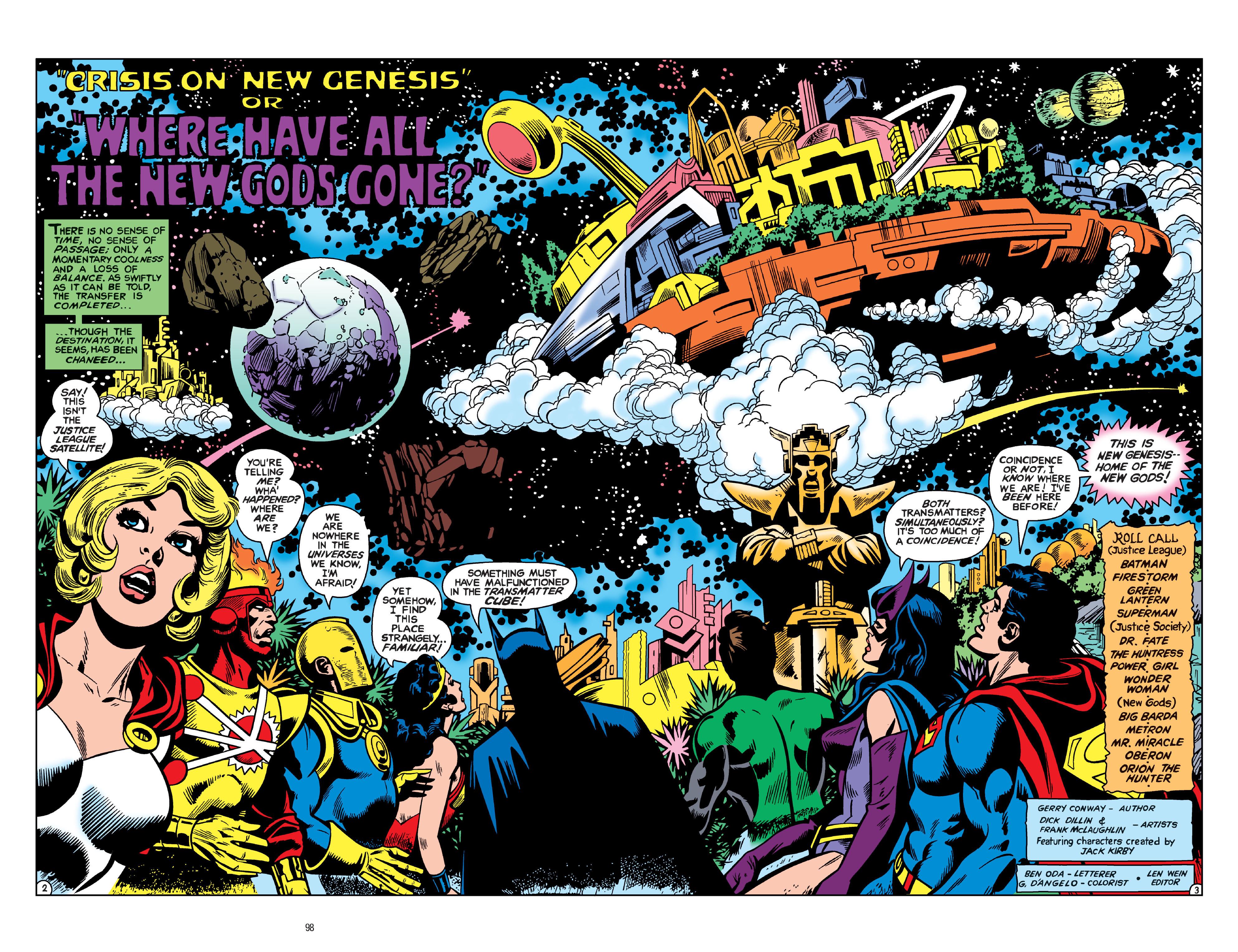 Of the six Crisis on Multiple Earths volumes, this is the material that’s best survived the decades. Gerry Conway’s opening tale isn’t the finest he’s ever written, but the following two teamings of the Justice League and Justice Society are both strong, and very different in mood. An epic and desperate battle is preceded by a clever mystery.

Before that, though, we have the matched pairing of ‘Crisis From Yesterday’ and ‘Crisis From Tomorrow’. Six years after its introduction Len Wein’s innovation of mixing in a third super team was wearing thin. For starters, DC just didn’t have that many super teams on alternate Earths or times. Conway’s 1978 solution was to unite assorted characters from DC strips set in the past. Yes, it’s a novelty, but it’s also contrived. Centuries separated Viking Prince and Enemy Ace, German World War I pilot, and while the reason for their meeting is clever, too much of the remainder is going through the motions. Dick Dillin’s art is terrific in places, an early scene of a brooding Lord of Time being noteworthy, and not as impressive in others.

Conway dispensed with any additional teams for 1979, instead providing a locked satellite mystery. The character interaction between superheroes from different Earths is more refined, there’s some humour, and within a dozen pages Mr Terrific is dead. The mission becomes to discover how he was murdered, and how this could have occurred, as only JLA and JSA members were present. It would seem one of them is the killer. Conway extends the mystery until almost the final pages, provides a solution that doesn’t short change or cheat, and Dillin’s consistent from start to finish. It’s not perfect. Some of the character pieces are well-intentioned, but clumsy, with the conclusion to Batman contemplating the death of his Earth Two counterpart the prime offender, melodramatic rather than poignant. On the whole, though, this still satisfies.

The break between the first and second chapters of the final story is poignant as Dick Dillin, who’d pencilled every Justice League comic for the previous twelve years, passed away. The sample art is the splash page from his final issue. As it displays, as concisely and effectively as Dillin’s work always was, in attempting to transport to each others’ Earths, members of the JLA and JSA have instead been hijacked and deposited in the middle of the perpetually simmering war between the New Gods and Darkseid.

Early on Conway characterises Superman with a nice homily: “We can never escape the responsibilities of our power to ourselves and to the worlds that depend on us”, and the heroes are tasked with recovering the missing population of New Genesis. Conway departs from tradition and instead of following one mission of three heroes with another, these are interspersed and ongoing over three chapters. There are plot conveniences, the heroes locating familiar villains for one, but this is a still very readable romp elevated by George Pérez taking on a dream assignment for the middle and concluding chapters. There was nothing wrong with Dillin’s storytelling, but he wasn’t one for great background ornamentation, whereas Pérez is renowned for packing his panels with detail. They create a more vibrant world than Dillin had, accentuated by Pérez focusing more on the cast from a distance and from varying angles.

Pérez remains in place for the opening JLA/JSA team-up in volume six. 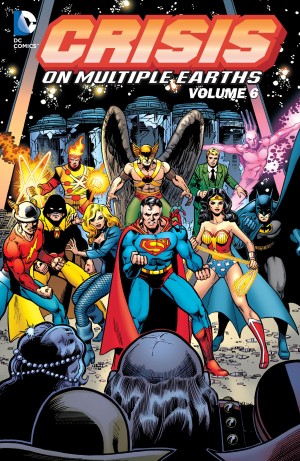