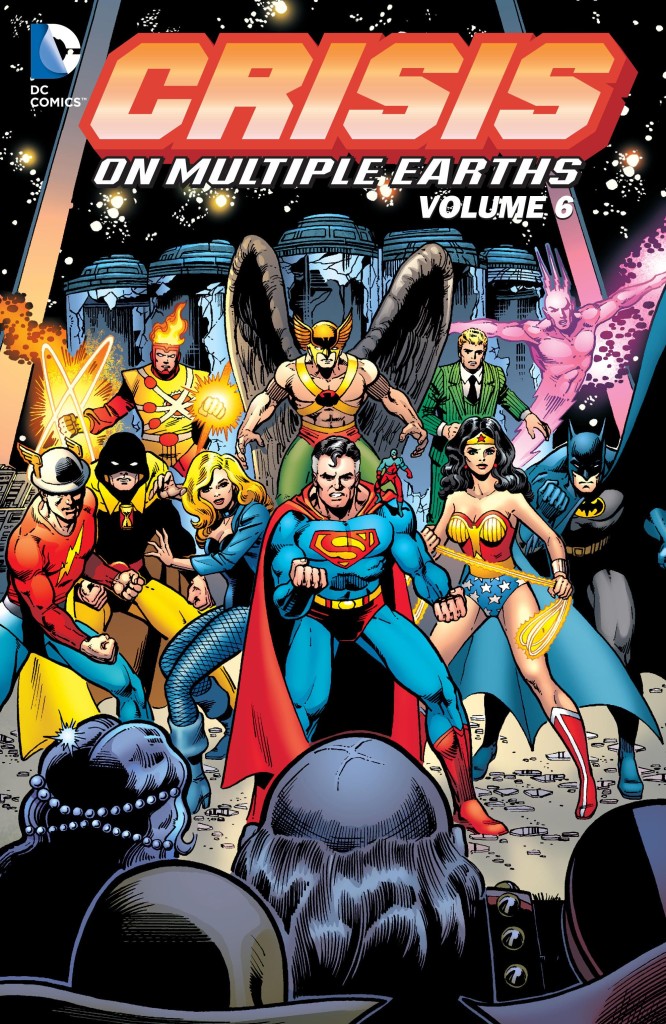 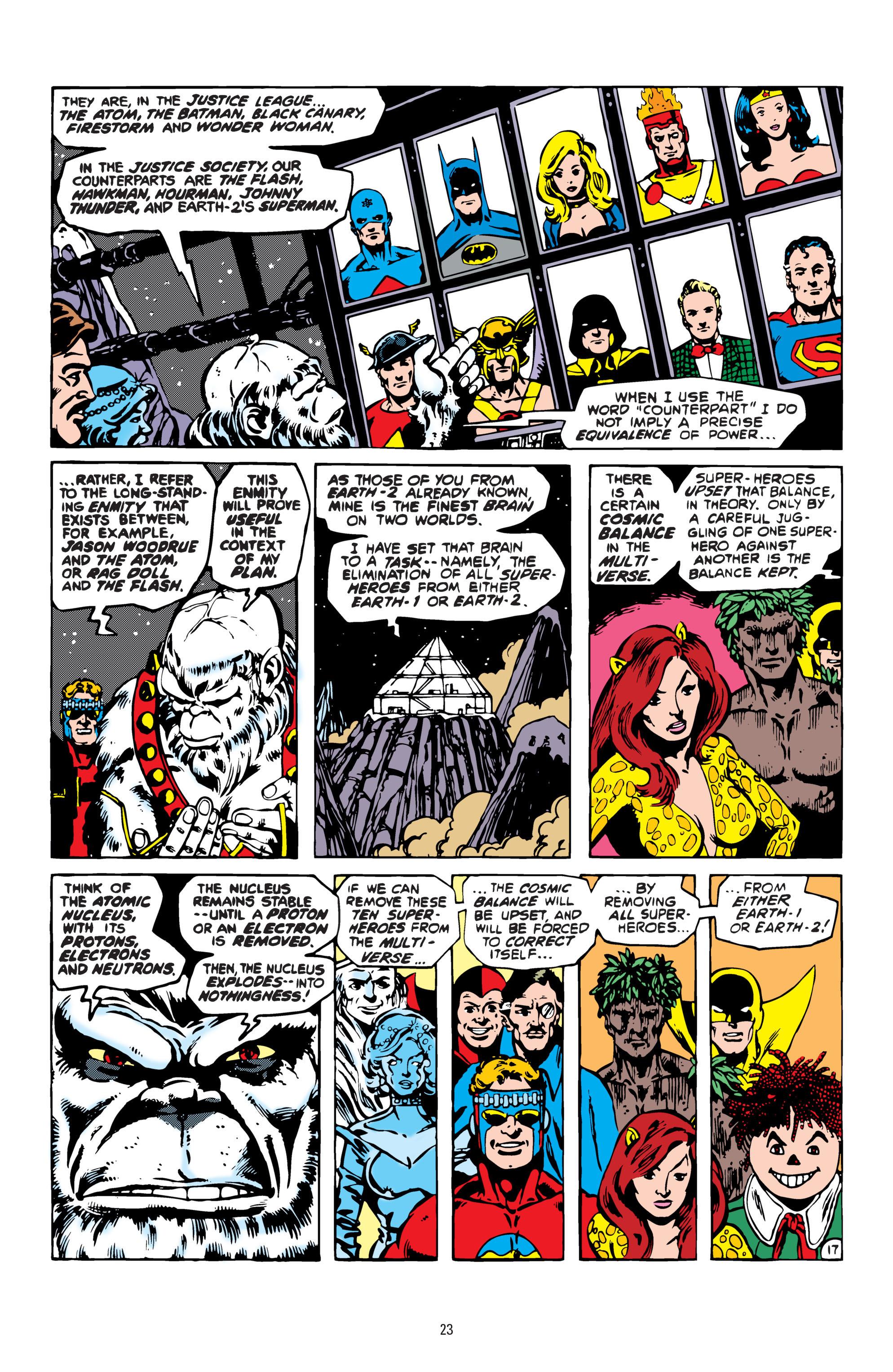 Involving of the Secret Society of Super-Villains continues the tradition of a third team being thrown into the mix when the Justice League, then of Earth One, met their Earth Two counterparts the Justice Society.

The Secret Society is actually a contrivance, like much of the story. They’re a new bunch of villains using a discarded name, but as Gerry Conway created that team of villains years previously, he has dibs. The likes of the Monocle, Signalman and Rag Doll (not his creepy 21st century iteration) might seem third-raters, but Conway employs most to good effect. Unfortunately he hasn’t bothered to come up with a plausible explanation for their leader’s plan, which is unlikely gobbledygook. It’s also extremely convenient that in most cases, for the first time ever, the villains get the better of the heroes.

What brings this tale to life is the exciting art of George Pérez (sample page). He usually thrives on a platoon of characters, but is asked here to illustrate first the villains gathering, then a series of one on one matches. He’s as good as he had been on volume five’s all-out free for all, mixing his locations, and maximising the fun. There’s a slight hitch when Keith Pollard’s more prosaic page layouts occupy half the concluding chapter, but it’s not a fatal intrusion. This is a lot of fun if you don’t bother thinking too hard.

The second tale is co-written by one of both series’ most prominent fans, Roy Thomas, crossing over into All-Star Squadron, the World War II era series he wrote. It further involves the Crime Syndicate, then long unseen since their appearance in the second JLA/JSA team-up (see volume one).

The device used by the heroes to travel between dimensions again malfunctions, and by the end of the opening chapter, although he’s not been seen, time-travelling despot Per Degaton has been mentioned several times. When the JLA arrive on Earth Two it’s under his control. “Your clothes… like the costumes of the forbidden ones”, stammers one terrified old lady, “Help, police, help!”

Don Heck’s pencils as inked by Romeo Tanghal, then himself, look better than might be imagined, but his layouts allow no room for the cast to breathe. Adrian Gonzalez and Jerry Ordway give more appealing gloss to the other chapters.

Explanations are the curse of this crossover. A complex plot involves travelling not only between several dimensions, but back and forth through time, and page after page requires either historical context or the technobabble be explained. Almost the entire second chapter is Degaton discovering alternate universes, and explaining matters to himself, then to the Crime Syndicate. The JLA need to explain who they are to the All-Star Squadron (after fighting them, natch), the JSA need the Cuban Missile Crisis explained, every new chapter requires a couple of pages to recap, and so on. Were the eventual story better this would be excusable, but in the end it amounts to Degaton stealing weapons from the future and the superheroes having to stop him in 1942.

There is no volume seven, so further JLA/JSA team-ups, of, it must be said, deteriorating quality, remain unavailable in collections.