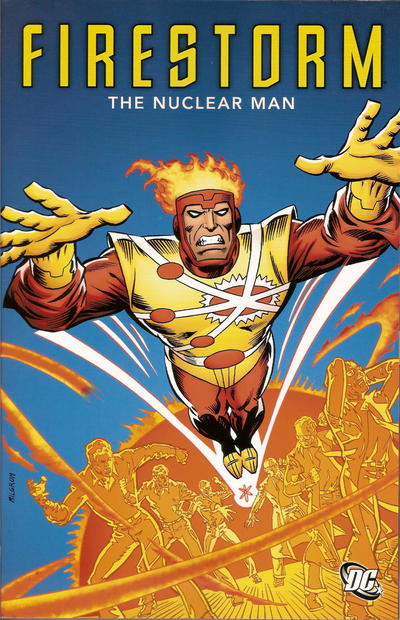 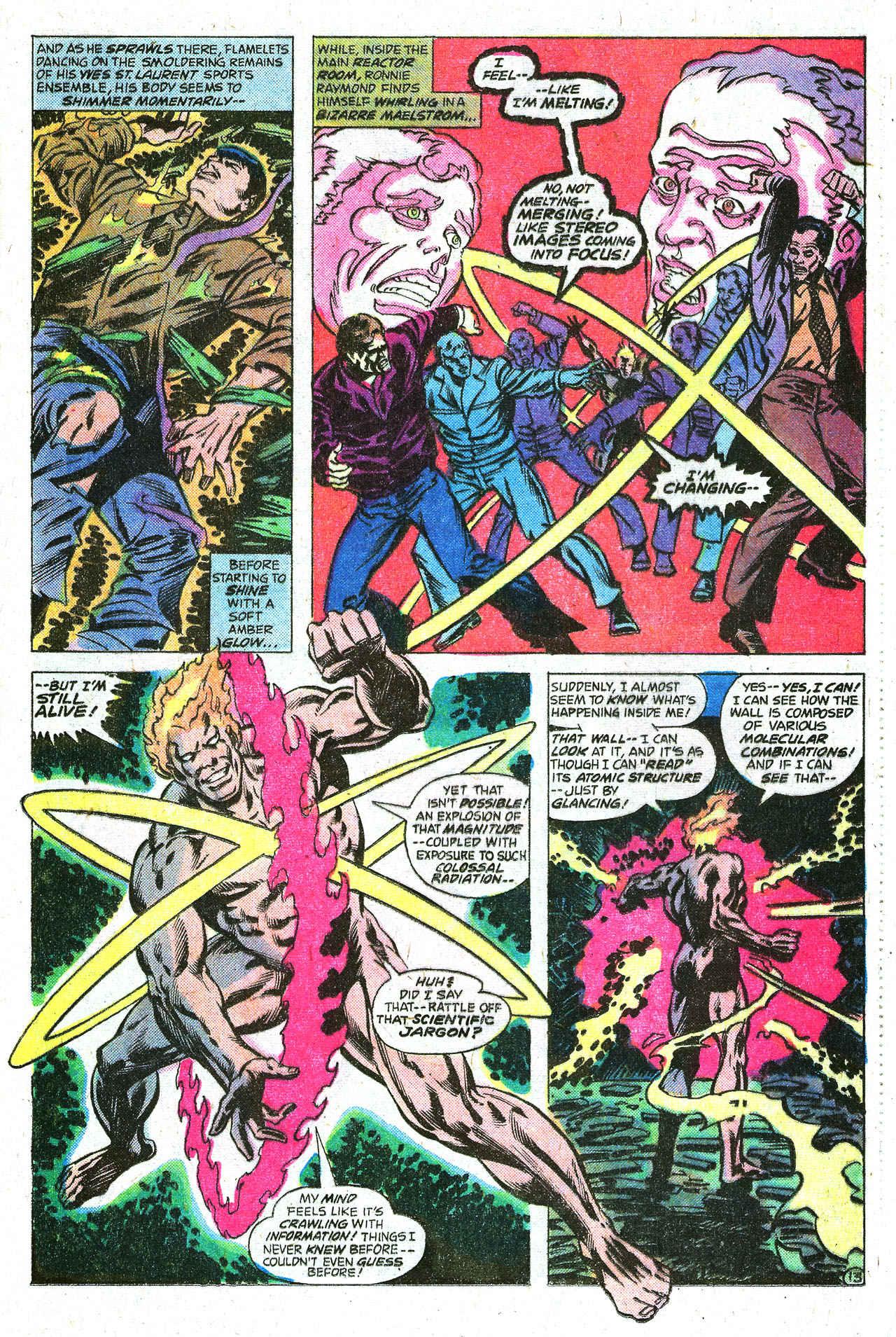 When Firestorm was introduced in 1978 he sparkled as a hero for a new era, and while the scripting is very much representative of a bygone age where thought balloons and characters explaining themselves were the order of the day, the basic concepts still impress.

Ronnie Raymond is a sound high school student, but a little edgier than Peter Parker, coming from a single parent family for starters, while Professor Martin Stein, a Nobel Prize winner no less, is a staid physicist. The pair are engulfed in events beyond their control, and in a way that only occurs in comics the resulting precise set of circumstances involving nuclear energy creates a new being, Firestorm. The personality and controlling intelligence is Raymond’s, while, crucially, Stein acts as an internal guiding muse offering advice. When the pair separate Stein has no memory of what occurred as Firestorm due to his being unconscious during the original transformation.

Yes, it’s bunkum, but no more so than many other superhero origins, and creator Gerry Conway was left with a viable superhero able to create or destroy anything via his complete control of matter at a sub-molecular level. Conway was an old hand at writing Spider-Man comics and deftly applied a Spider-Man style supporting cast and established soap opera problems. We have the Doreen, the girl of Ronnie’s dreams, the antagonistic smartarse Cliff Carmichael, and Ronnie’s father, a journalist. In these earliest issues Conway also created villains still used at DC today (Killer Frost, Multiplex), and had Superman drop by for a sales boosting guest appearance.

Artistically there’s less polish. There’s another similarity with Spider-Man as Al Milgrom is obviously influenced by his co-creator Steve Ditko, but Milgrom’s is a far more workmanlike style. The layouts lack sparkle, and how much better the strip might have looked overall is displayed by the shorter stories at the back of the book illustrated by a young George Pérez with far greater style. He’s still learning, but the contrast between the artists is vast.

A gap of some two years separated the work of the different artists, occasioned by DC having problems and having to shut down a considerable portion of their output at short notice. A sixth original issue of Firestorm was prepared before the abrupt cancellation, and its inclusion here would have been a nice touch as it wasn’t picked up on in what followed.

Almost forty years after original publication there’s no pretending this material comprises a lost masterpiece due for significant re-evaluation, but look past the trappings of the times, and there’s still a solid superhero soap opera.