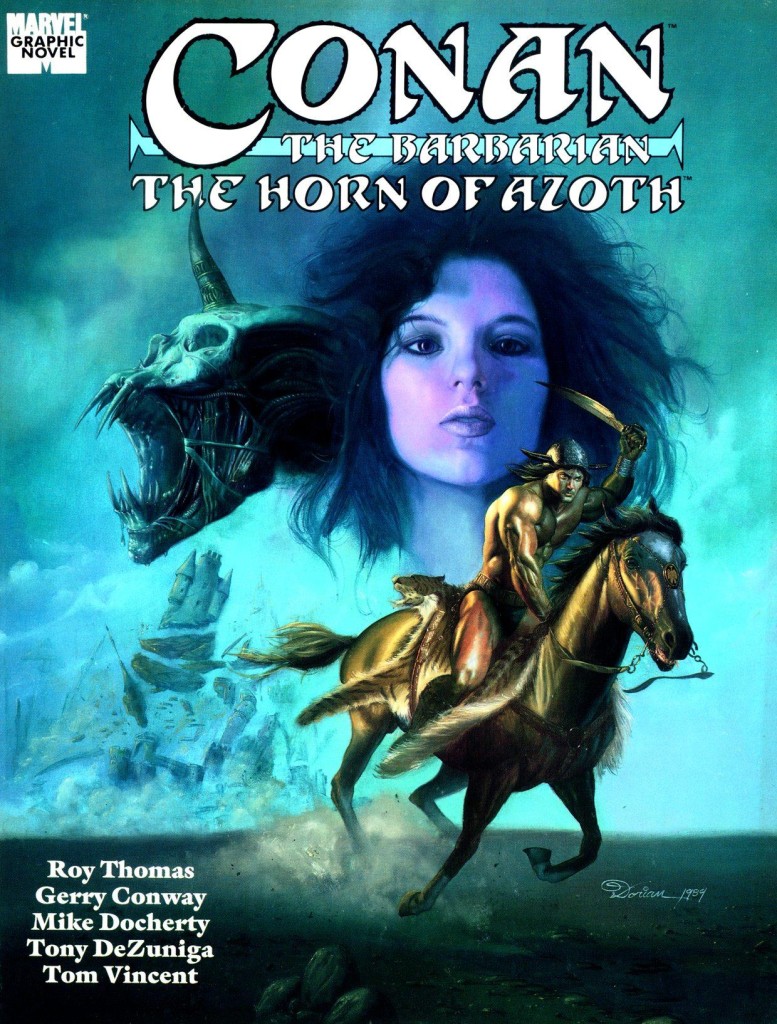 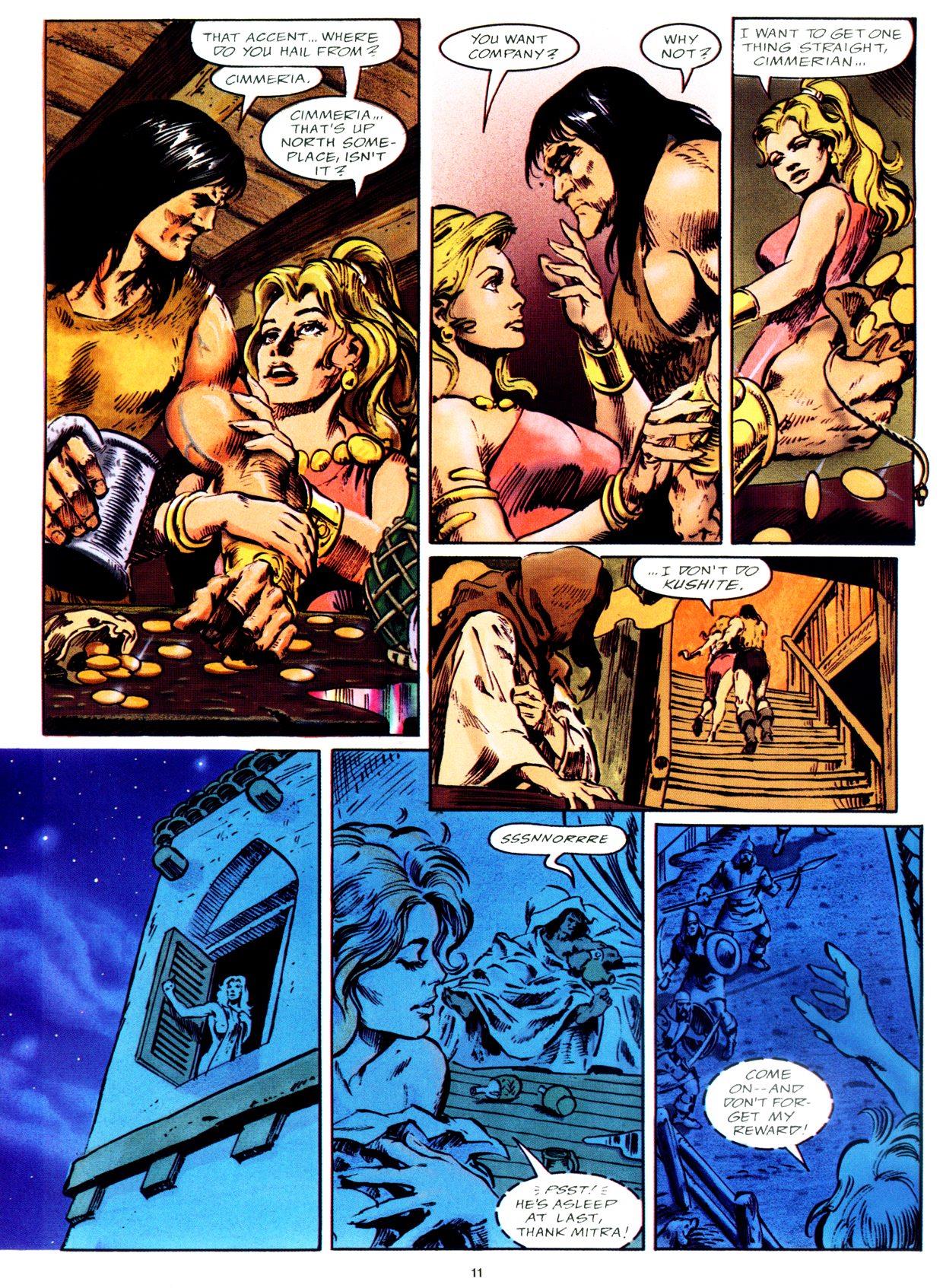 The Horn of Azoth differs from the other 1980s oversize graphic novels as it began life as a screenplay, originally commissioned as the sequel to Arnold Schwarzenegger’s first Conan movie. As explained in Roy Thomas’ introduction, what was eventually filmed after considerable changes in creative staff bore only a slight resemblance to what he and Gerry Conway had written. As the script was redundant as far as a film was concerned, a graphic novel adaptation made perfect sense.

A cinematic sweep remains, as Conan escapes an unpleasant fate via a promise to help retrieve a treasure in which he’ll share. Conan is more than resourceful where treasure is concerned, but hasn’t been supplied with a full understanding of what he’s let himself in for. This leads to his making assorted enemies, all persistent, but some more deadly than others. At stake is the resurrection of a vengeful old god, the Azoth of the title, an opportunity that only occurs once every millennium.

The late Mike Docherty’s art is like a combination of John Buscema and Gene Colan without matching either. It’s largely serviceable if never stunning, and his pencils inked by Tony De Zuniga isn’t the most sympathetic pairing.

Rather strangely given Thomas’ experience with Conan, after an introductory act of vengeance it’s not until the halfway point that our warrior takes control of his own destiny, which isn’t the way most would see Conan. The writers do supply a seemingly unbeatable foe well out of Conan’s league for the conclusion. This creature is well designed by Docherty, resembling a Ray Harryhausen monster, and we can only regret never seeing it come to life on screen.

In the final analysis The Horn of Azoth supplies a modicum of thrills without ever approaching top rank Conan adventure. Thomas and Docherty would later also produce Ravagers out of Time.