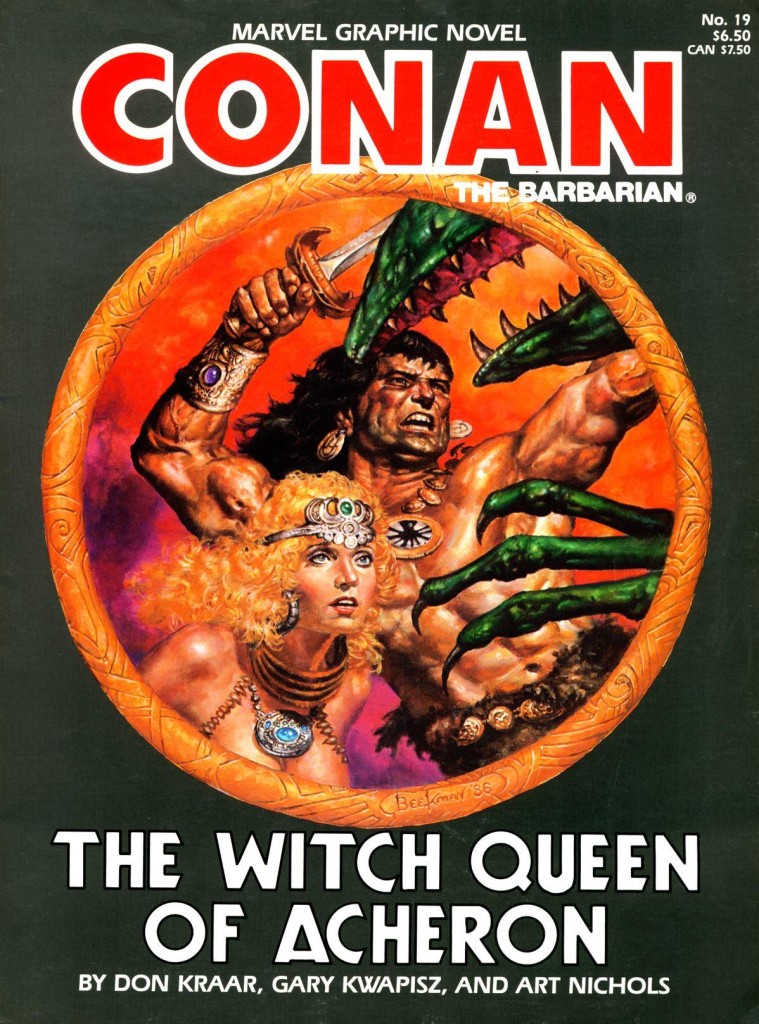 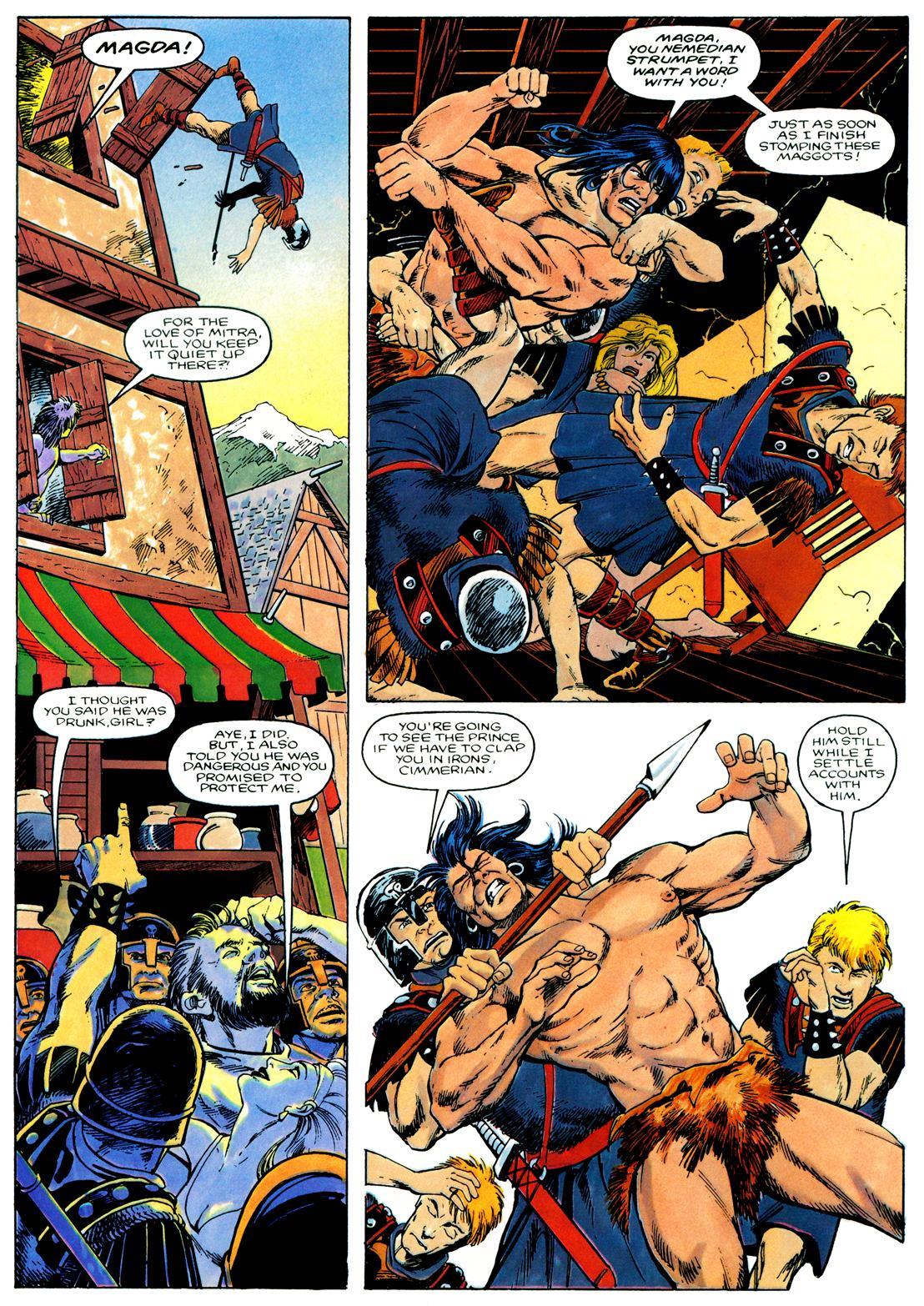 Considering that Conan the Barbarian was from inception aimed at older comic readers and that Marvel’s 1980s graphic novel line was, in theory at least, aimed at the same market, it’s odd that it took three years for the first Conan graphic novel to appear.

Writer Don Kraar would later produce a fair amount of Conan material before his appointment to the Tarzan newspaper strip, but there’s little sign of that pedigree here. There’s the basis of a decent plot, but one that’s extended well beyond its natural lifespan by diversions or unrequired material. An example is that almost the first quarter of the book is taken up with an opening scene of a hungover, but still dangerous Conan attempting to avoid an audience with the local prince. It’s light comedy, which beyond the odd sarcastic comment is always awkward in Conan. Once anyone starts pointing out the ludicrous aspects of the character and his world, the illusion begins to fade.

Artist Gary Kwapisz puts the effort into panel details, creating a viable backdrop for Conan, and some of his larger illustrations are very good, but his craftsmanship diminishes when it comes to the human figure. He does depict a lithe rather than a musclebound Conan, but the poses are odd. Kwapisz is further hampered by the colouring of 1985. He produces decorative landscapes, but these are transformed into Disneyesque brightness. His single page black and white illustrations at the back of the book are impressive.

When we reach the primary plot it’s Conan accompanying the prince and retinue under duress in search of a legendary lost horde of gold. That it’s under the protection of someone referred to as a witch queen isn’t a deterrent at all. There’s an undercurrent of deception, but this becomes too convenient on too many occasions, and eventually, with a single exception, everything is predictable. The exception, when it arrives, is welcome, but all too easily dealt with. A better book would have resulted from pruning back in other areas and allowing this some space.

Kraar returns, far more impressive in the company of John Severin, for The Reaver.