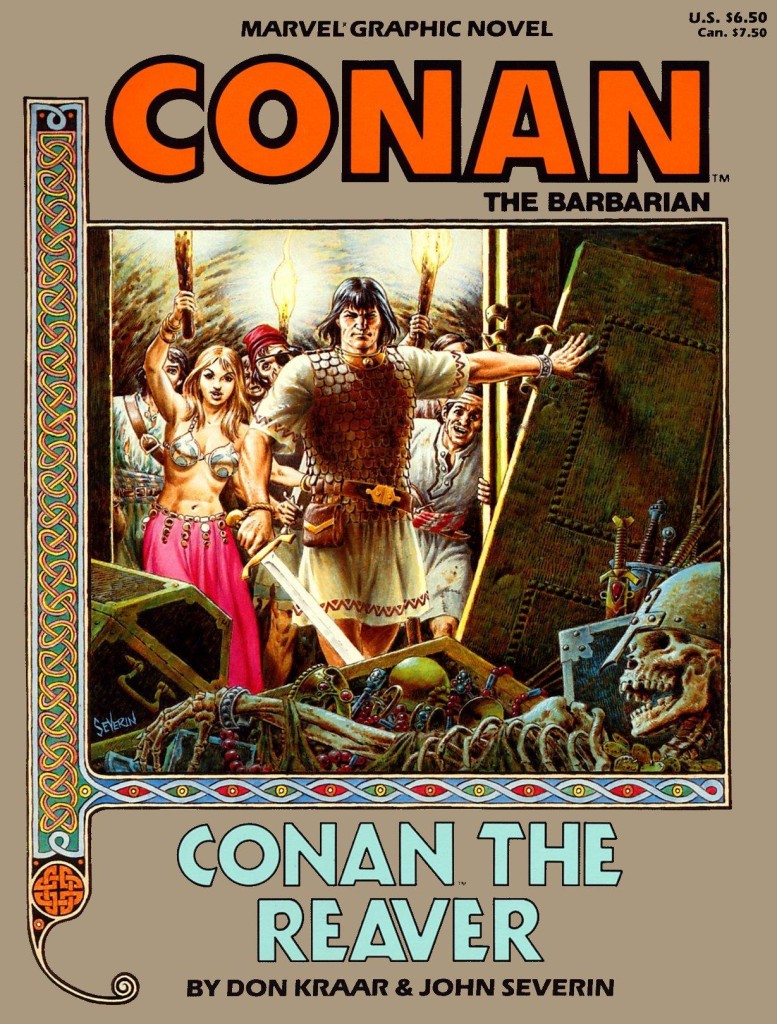 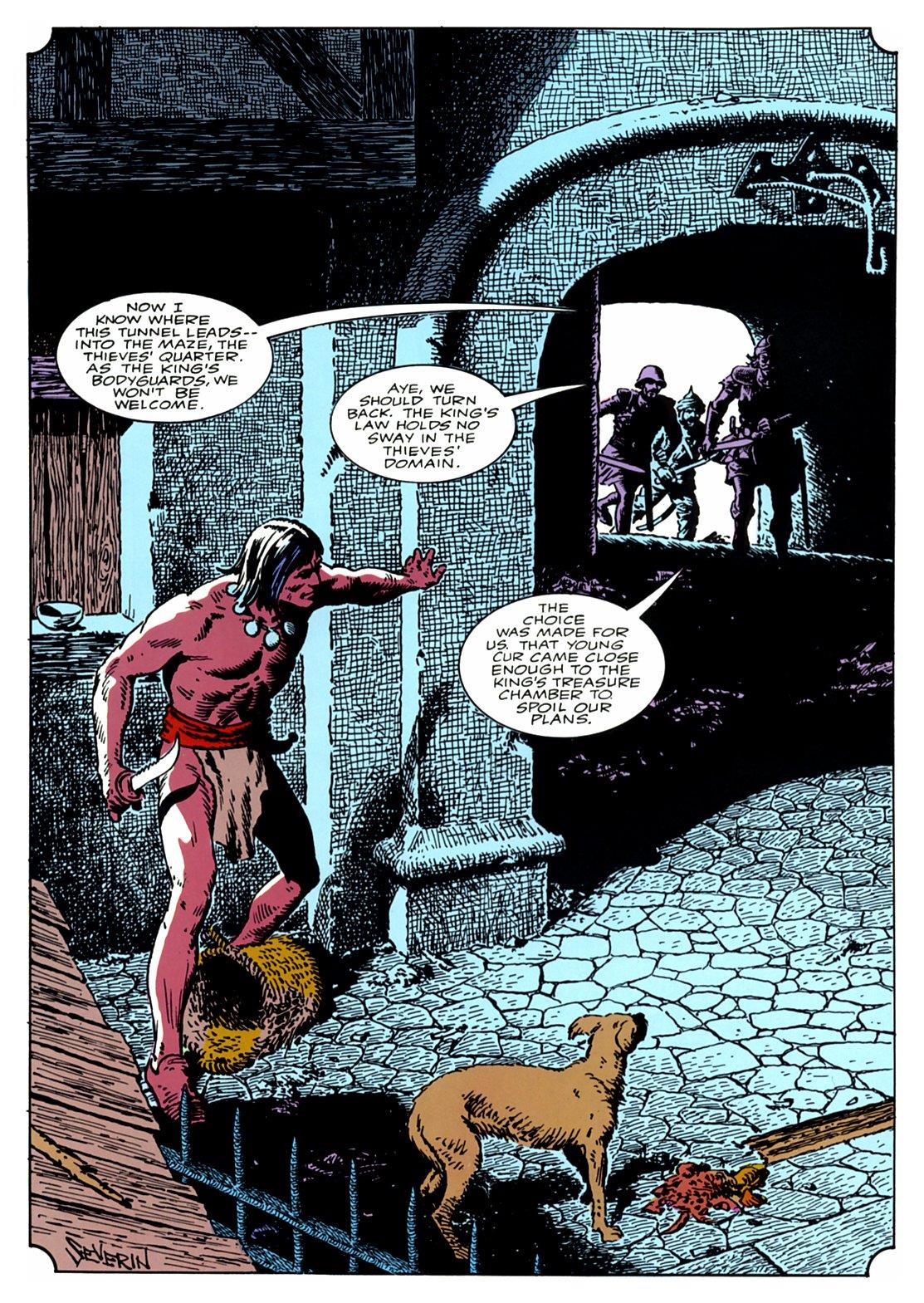 From the earliest days impressive artwork played a strong part popularising Conan in comics. Here we have a master at work in John Severin. The opening page provides the sample illustration, and that stunning standard is maintained throughout. Take a look at the time Severin spent creating a convincing location, the backdrop so ornately crosshatched you’d think this was a newcomer attempting to impress rather than a veteran with a thirty year career already behind him.

Don Kraar provides a far better tale that his previous Witch Queen of Acheron. There’s very little waste here from an opening sequence of Conan luring some King’s troops to their doom in the Thieves’ Quarter. One survives, though, tempting Conan not with the access he’s already managed to the King’s treasure, but with safe passage once it’s been acquired. This involves introducing Conan to the palace guard, where he soon impresses by stopping an assassination attempt on the aged king, and the abduction of his young wife and infant child.

The ingredients of a decent Conan story are no great secret. Take one supremely competent barbarian, throw in at least one alluring woman, treasure, a monster of some type, and treachery somewhere along the way. Kraar sets a powerful complication amid the standard items in the shape of the Red Mist, a group of nobles allied to the local priests who’ve long looked for a way to take over the kingdom.

Kraar here sustains a suspense and tension that his previous Conan lacked, and simultaneously touches on a core aspect of Conan’s personality. He may be a violent and avaricious brute, but Conan’s distinguished from the many similar specimens in his world by having a sense of honour, and this is central to events. So is a formidable foe.

Marie Severin colours her brother’s illustration and has an instinctive understanding of both his art and the subtleties of colour. Many of Marvel’s oversize 1980s graphic novels suffered from woeful colours, no adjustments having been made for presentation on heavy gloss stock rather than the tissue thin pulp they used on standard comics. While not attaining modern use of colour, Severin’s work is of a significantly higher standard that most contemporary output.

Conan the Reaver is by a long distance the best of the seven Conan graphic novels issued in this format throughout the 1980s.