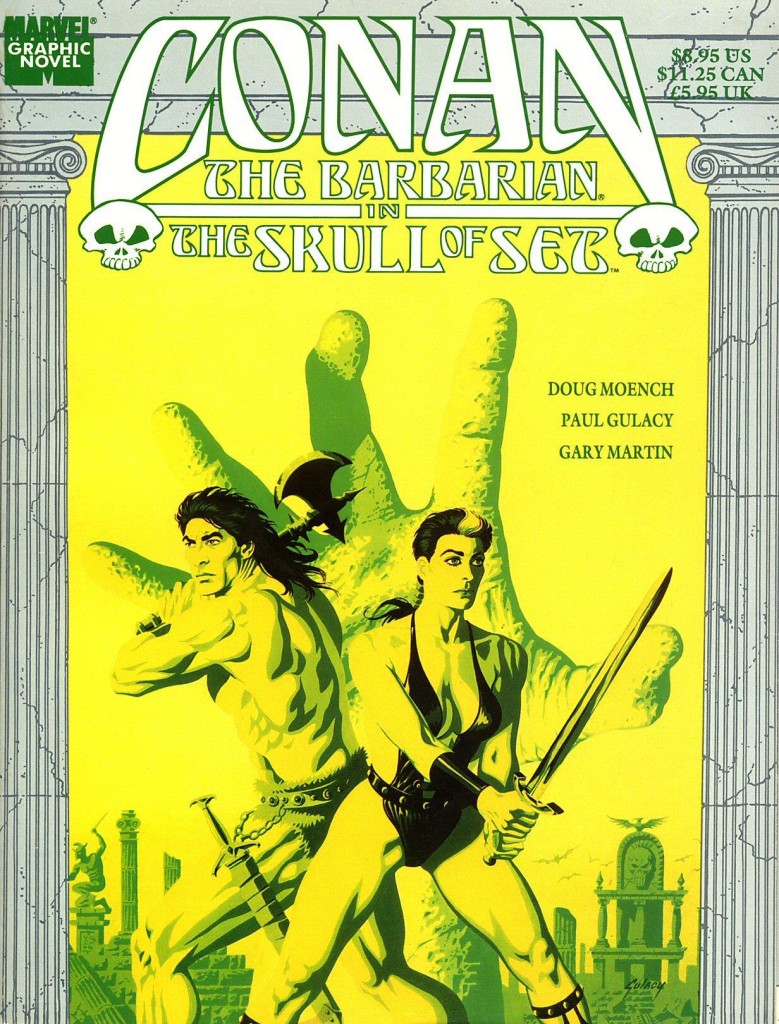 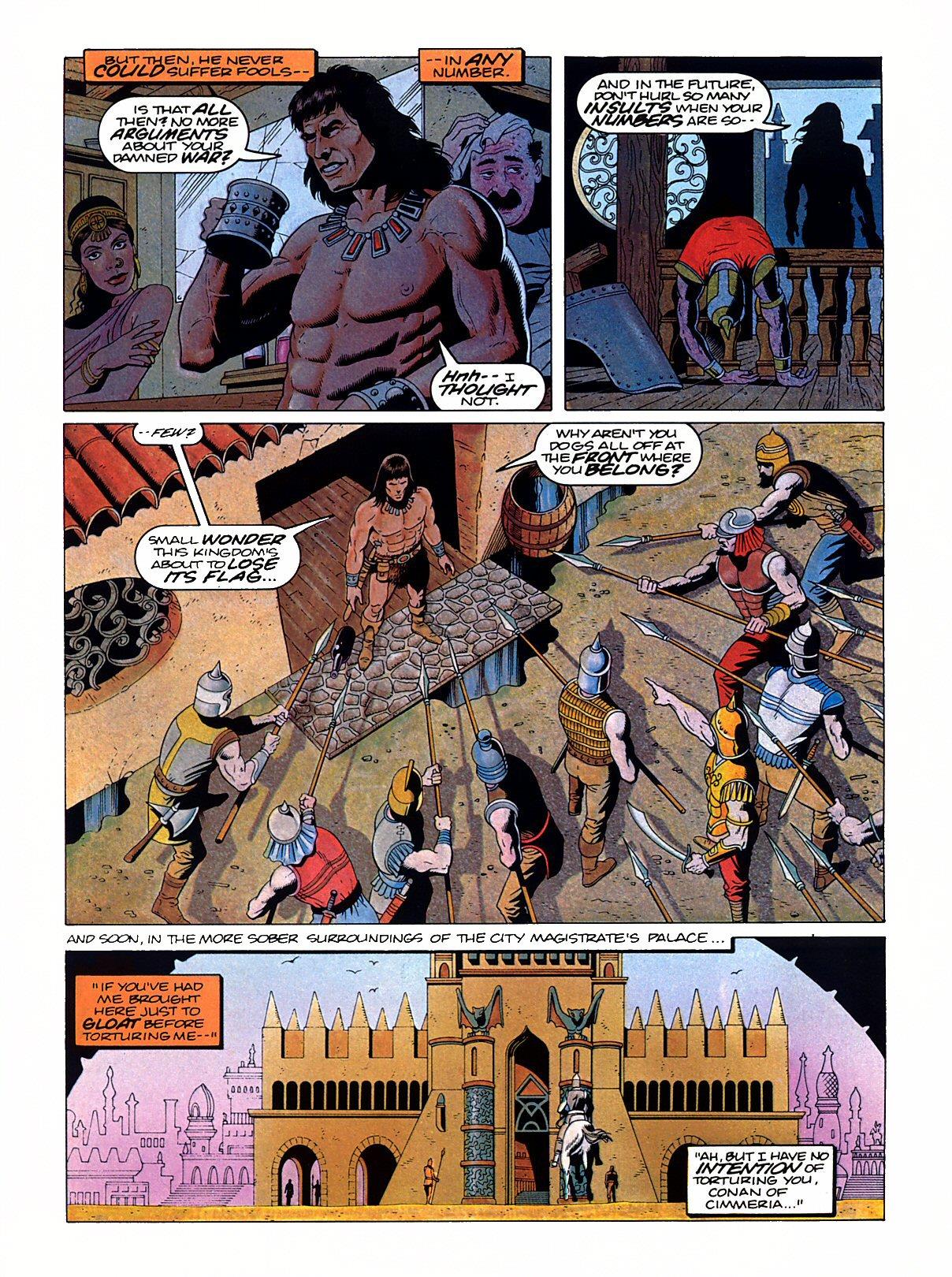 When Conan finds himself in a city about to be invaded he’s tasked with protecting a wagon of weapons as it’s transported to a site of strategic significance. What kind of plot would it be if this was all it seemed? Preparing for the attack of bandits Conan discovers the truth. It leaves him with quite the dilemma, but he’s nothing if not resourceful, and adapts to circumstances.

It soon becomes clear that Conan is metaphorically hitched the wagon along with those he selects to join him. There are plenty of enjoyable sequences, not least Conan taking an arrogant aristocrat down a peg, as writer Doug Moench piles mystery upon mystery, but the writing is quite clumsy in places. This is exemplified by a full page of a character explaining a portion of the plot to Conan around two thirds of the way through.

Paul Gulacy’s Conan is sinewy, and his storytelling of necessity quite eccentric. He frequently breaks down pages into a multitude of small illustrations to convey Moench’s abundant dialogue, but also has a fantastic sense of design, particularly when it comes to the person whose sacrifice begins the larger plot. It should be noted that as Conan graphic novels go, this is relatively explicit in terms of graphically portrayed violence, and Gulacy also revels in the full complement of alluring under-dressed females populating Conan’s world. Credit to Moench, though, for ensuring they’re not just window dressing.

When the finale kicks in the cast are trapped in a suitably arcane setting, and Conan discovers his troubles amount to more than a few awkward fellow travellers. That finale escalates, but continues for too long, and the constant threat of a spy hanging over the proceedings isn’t very satisfactorily resolved.

The Skull of Set has its moments, but they’re too few to consider this essential Conan.