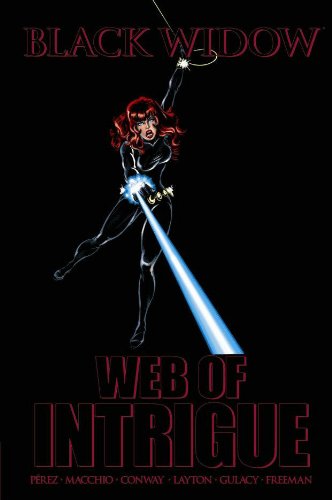 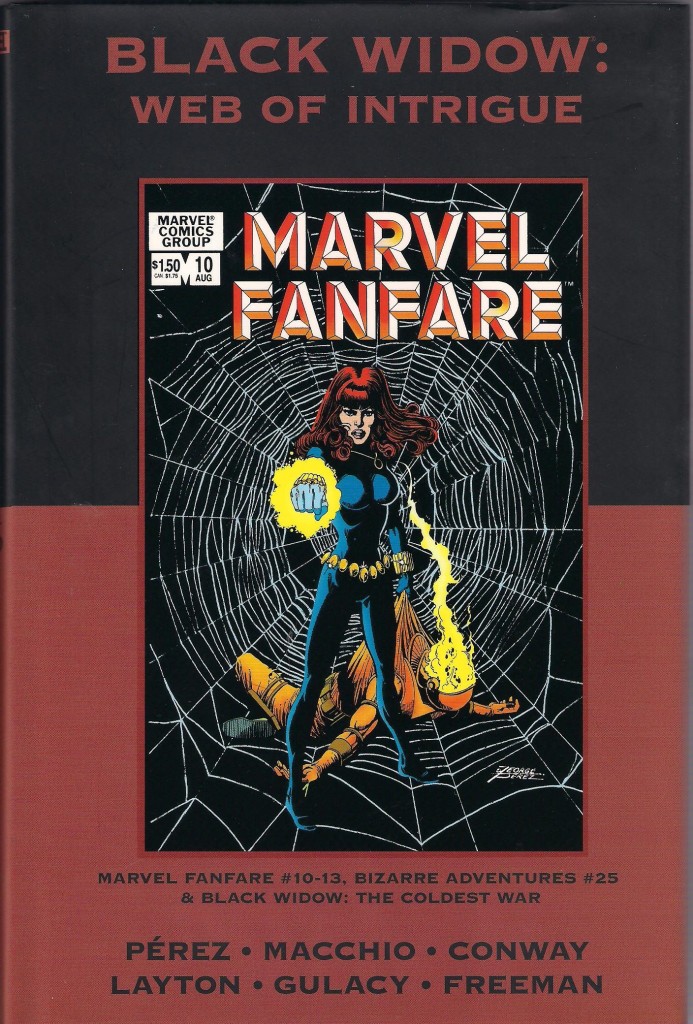 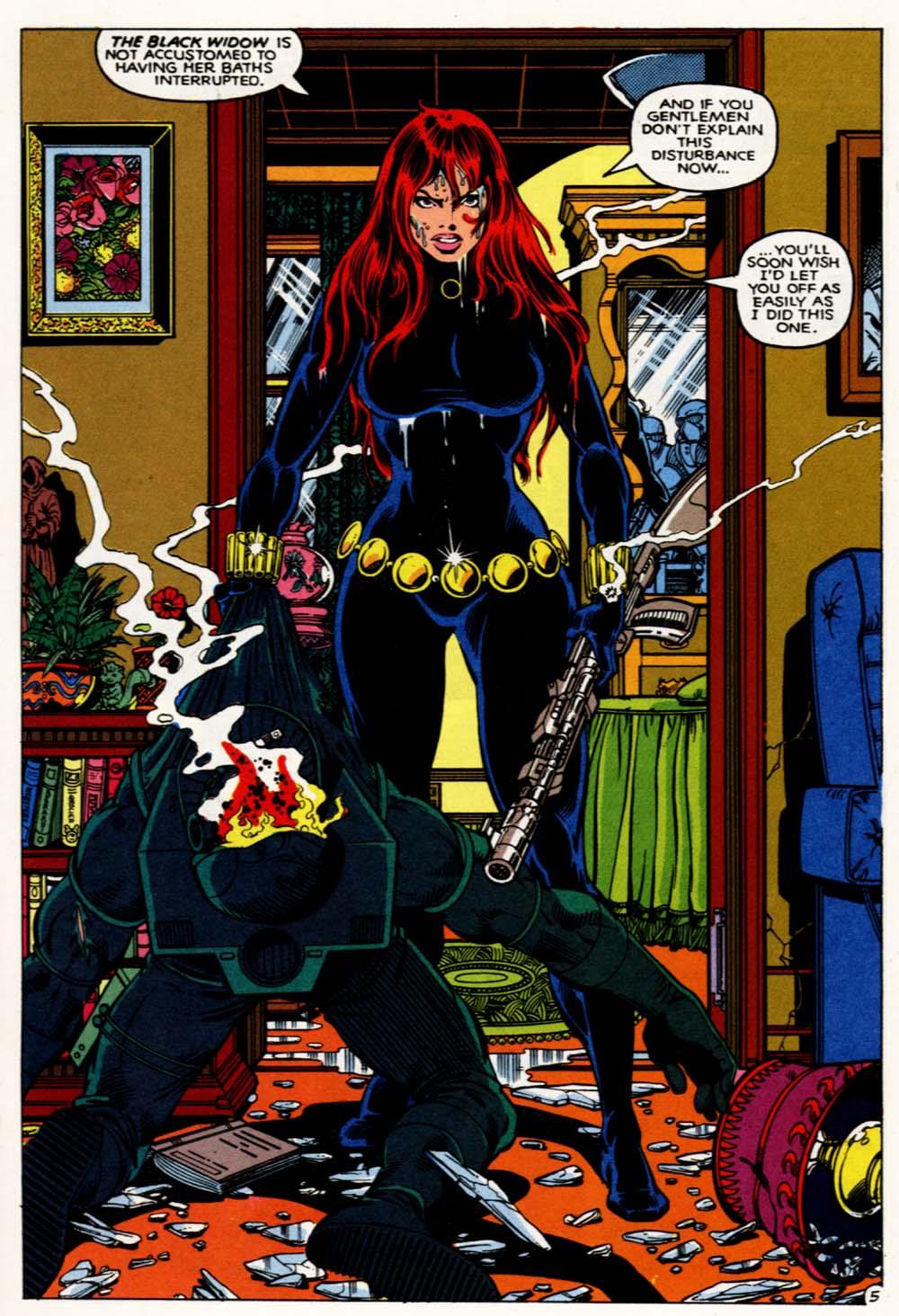 With the defected Russian super spy Black Widow about to make her cinema début in Iron Man II, Marvel rather scrabbled for material to issue as tie-ins. The previous year’s Sting of the Widow mopped up her 1970s appearances, so this collection gathers her 1980s adventures. With George Freeman, Paul Gulacy and George Pérez it’s a case of varied artistic approach, but a connecting factor is that the writing style is very much of its era. Thought balloons predominate, dialogue isn’t always convincing and much of it isn’t required. For those able to put that to one side, this presents three decently plotted tales.

The story ‘Web of Intrigue’ has proved surprisingly durable, first being serialised, then collected as a separate comic, and now drafted into this collection. Pérez co-plots with Ralph Macchio, and between them they run through the Black Widow’s history, filling in much that had previously been unknown about the Widow’s background, and why she’s so close to Ivan Petrovich. Bob Layton draws much of this section, but thereafter it’s Pérez for the remainder, although as inked by Brett Breeding it’s not classic work.

There are similarities between this and ‘The Coldest War’ by Gerry Conway and George Freeman, which features later in the book. Ivan is prominent in both, both send the Widow back to the Soviet Union, in both she’s attacked by a close friend, and both hinge on aspects of her past. The Macchio and Pérez tale, however, veers into some very odd areas, introducing a team of costumed enemy agents, each with their own gimmick and a chief villain deliberately paying homage to the urbane nasties of James Bond. If you can wade through the extraneous verbiage, it remains enjoyable fun.

‘The Coldest War’ was originally issued as a larger format graphic novel, and more detail can be found under a separate review. Conway’s plot, allowing for the style of the time, is very effective, but all too often the Widow needs to be bailed out by Ivan. George Freeman’s decorative art varies according to who’s inking, and his style is more reminiscent of European adventure thrillers than traditional Marvel comics. His depiction of the Black Widow is odd, though, unhealthy, pale and forever squinting.

Despite the remainder of the book being in colour it was sensible to present Paul Gulacy’s work as the black and white wash from the original publication. Gulacy’s layouts are extremely well conceived, and his cast appear based on celebrities of the era, with Victoria Principal playing the Black Widow. His concentration on realism leads to a posed stiffness for some of his figures, with people looking as if they’re suspended in mid air, but the attention to detail and setting more than compensate. The plot escalates rapidly, includes some well worked set pieces, and writing, again by Macchio, is in a welcome sparser style. It’s not dated as much as the other material, and as such is the collection’s highlight.

Lack of compelling content in the 21st century didn’t prevent demand outstripping supply, second-hand copies are costly until Marvel repackaged the stories again. They’re all found in either The Coldest War, not to be confused with the graphic novel of the same title, or The Black Widow Strikes, there on over-sized pages.