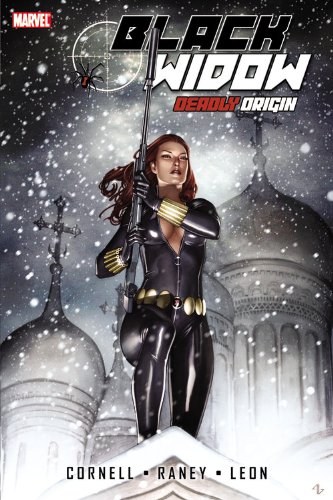 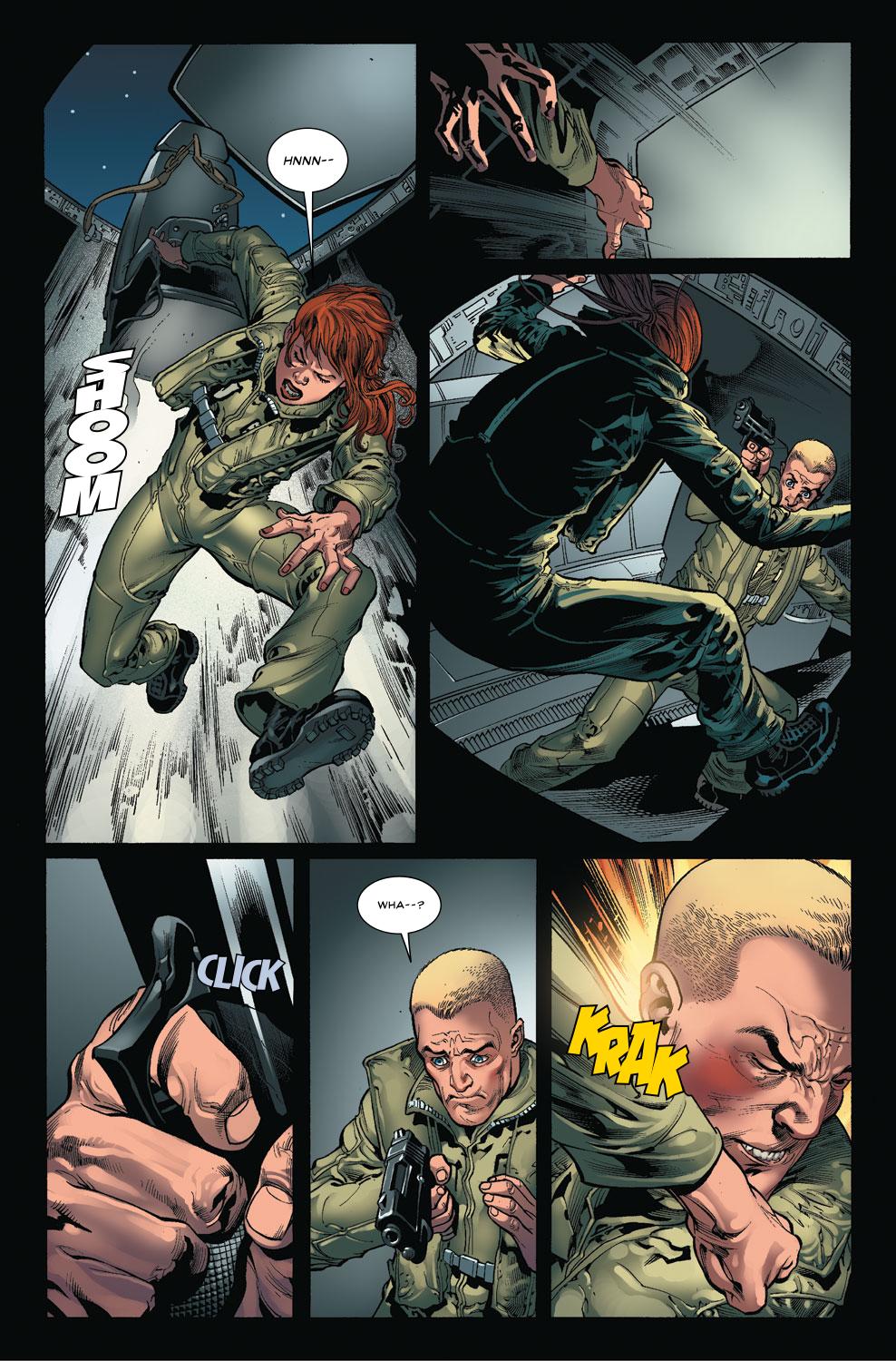 There was no regular Black Widow title when it was announced that she was to appear in the Iron Man 2 movie, so Marvel issued this run through her career to ensure some original product on the shelves to accompany reprint collections The Sting of the Widow and Web of Intrigue.

We begin in the present day with some inventive plot and counter-plot jiggery-pokery, switch to the final moments for an old ally of Natasha Romanoff (or Romanov, or Romanova), and then drop back to her earliest days as an orphaned baby and young child. Writer Paul Cornell is sometimes that little bit too glib as he throws Stalin, Wolverine and Winter Soldier into the opening chapter before continuing to make sense of the Widow’s frankly contradictory background.

Among the items fleshed out is how the Black Widow doesn’t appear to have aged over the decades, a trait now shared by an increasing number of Marvel characters, the period leading up to her marriage, and the reason for the cold war slinky dress and veil outfit characterising her first appearances in the 1960s. Cornell deftly works his way through, even giving a reason for her name after all these years. This is all contrasted with an intriguing plot centred around the dead friend and with tendrils reaching back into the past. It’s all cleverly carried out, and every time it seems Cornell has resorted to plotting convenience he trumps the would-be pedant. Natasha has enjoyed plenty of liaisons in the past, and she has to re-visit all her former partners, which makes for some pithy conversations.

Tom Raney is an adaptable superhero artist. His Black Widow is lithe, glamorous and deadly, and his pages have a dynamic gloss. He’s not quite adaptable enough to mimic John Paul Leon perfectly, so Leon drops by to contribute a few pages set in the Soviet Union of old every chapter. They’re very good indeed, particularly the montages, and provide an appealing visual contrast to Raney’s work.

Unfortunately Cornell doesn’t sustain the quality to the end. The ultimate revelation wastes a good character, if under-used of late, when there were any number of ways to the plot could have been concluded. Worse still, it’s not particularly convincing. This, though, is three-quarters of a very good Black Widow story with decent art that clears up many contradictions.