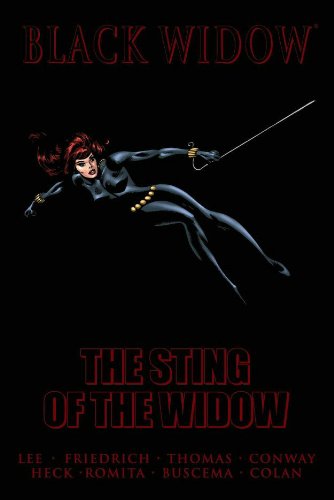 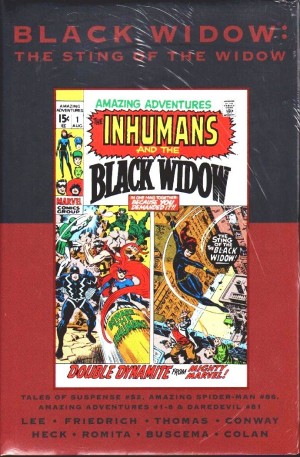 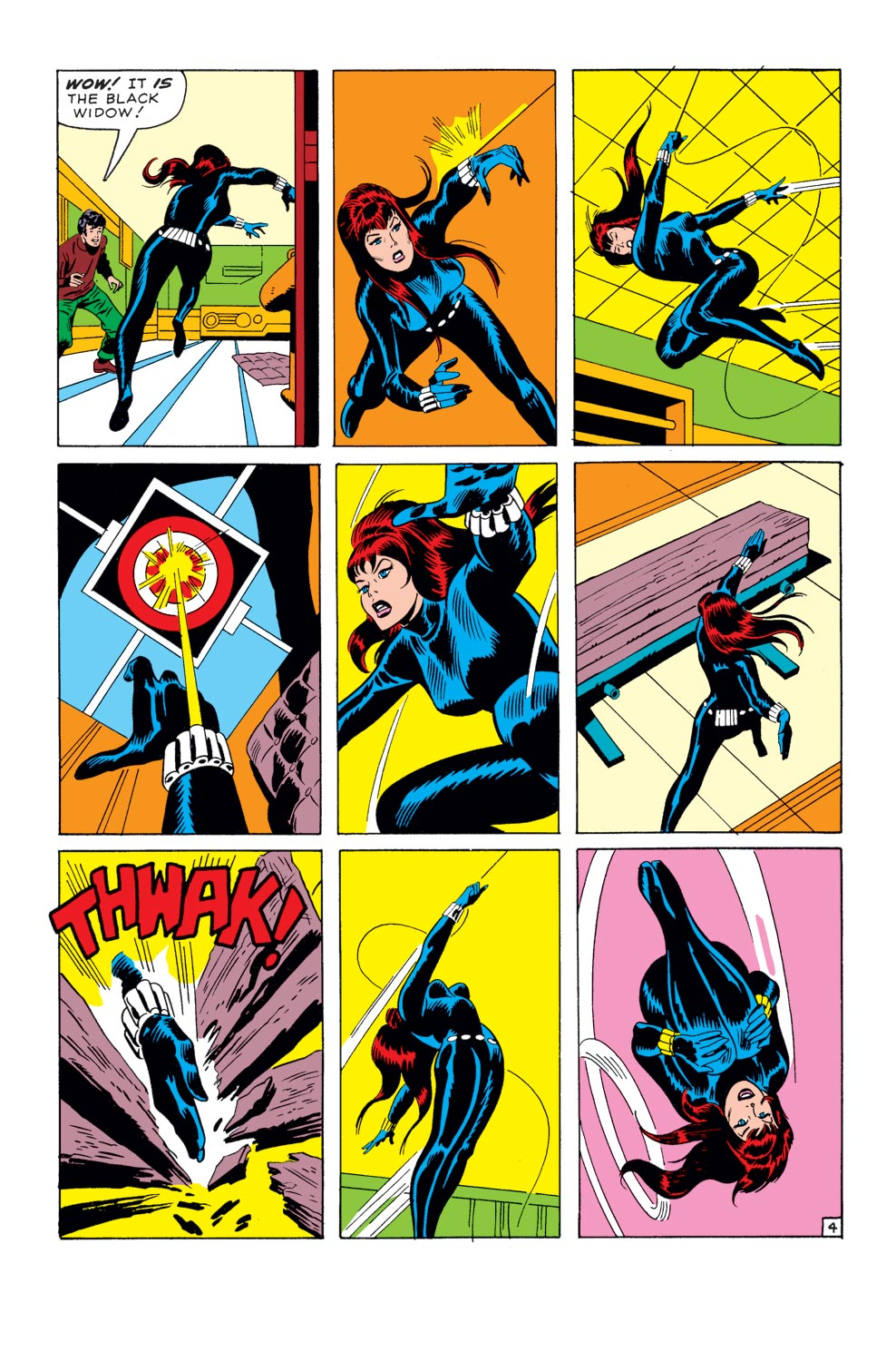 Issued to coincide with the Black Widow’s movie debut in Iron Man 2, this is a chocolate box selection of her 1960s and early 1970s appearances, printed in colour that has an almost radioactive vibrancy.

While the collection serves its purpose, it’s difficult to see why anyone familiar with the material would buy it, and such is the dated lack of quality it’s unlikely anyone unfamiliar with it would be back for more. The stories are resolutely ordinary, but the compensation for art fans is that we’re treated to several of Marvel’s top of the line illustrators from the 1960s, although not always at their best.

Natasha Romanov, as she is throughout this collection, first appeared as an enemy in the pages of Iron Man, a title more than any other from early Marvel steeped in cold war era anti-communist paranoia. A slinky Soviet seductress slotted seamlessly into the milieu. There’s little indication of how she would develop based on her debut, in an astonishingly wordy script credited to N. Korok (actually Don Rico) from a Stan Lee plot. Don Heck illustrates an alluring Black Widow sent to seduce Tony Stark, but can’t save a plot very much of its era seemingly knocked out in ten minutes.

By the time of her encounter with Spider-Man in the late 1960s Black Widow had shed her inner seductress and been an athletic ally of the Avengers. We’re promised that a sensational new costumed adventurer comes into being, and by this time someone had pointed Stan Lee in the direction of Modesty Blaise. Given Spider-Man’s dialogue, though, Lee didn’t quite understand the idea of a confident woman dealing with life on her own terms. Again, the art is the star, with John Romita drawing up a storm as the Black Widow’s leather catsuit first appears.

A selling point for fans is the Black Widow’s never previously reprinted first solo series, which ran over 1970-1971. Don’t get your hopes up. It’s a schizophrenic selection of material with either the artist or the writer changing with every chapter. Heck, John Buscema and Gene Colan pull out their best romance comic layouts for Natasha in civvies, with the combination of Buscema and inker John Verpoorten the standout overall. The theme is a form of social relevance, with Natasha skirting around issues and fads of the day. Despite some now horribly dated dialogue the best of the bunch is Roy Thomas’ tale about what he couldn’t say was a junkie at the time due to the strictures of the Comics Code, but even that’s hardly an essential read.

The finale is courtesy of Gerry Conway and Colan, not at his best inked by Jack Abel, who adds an awkwardness to Colan’s delicate line. The pairing of Daredevil and Black Widow would last a couple of years, but this introduction to their relationship is very ordinary.

If you’ve come to the Black Widow from the films, steer clear of this expensive hardcover. There’s far better and more contemporary material available, and you’re better directed to the other recommended titles.