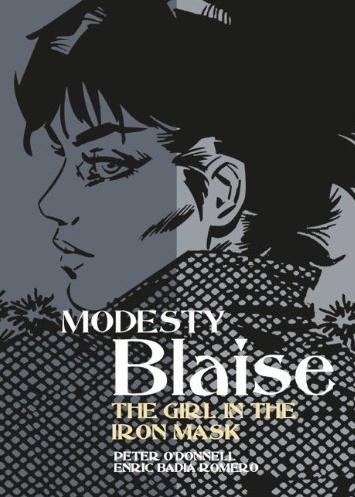 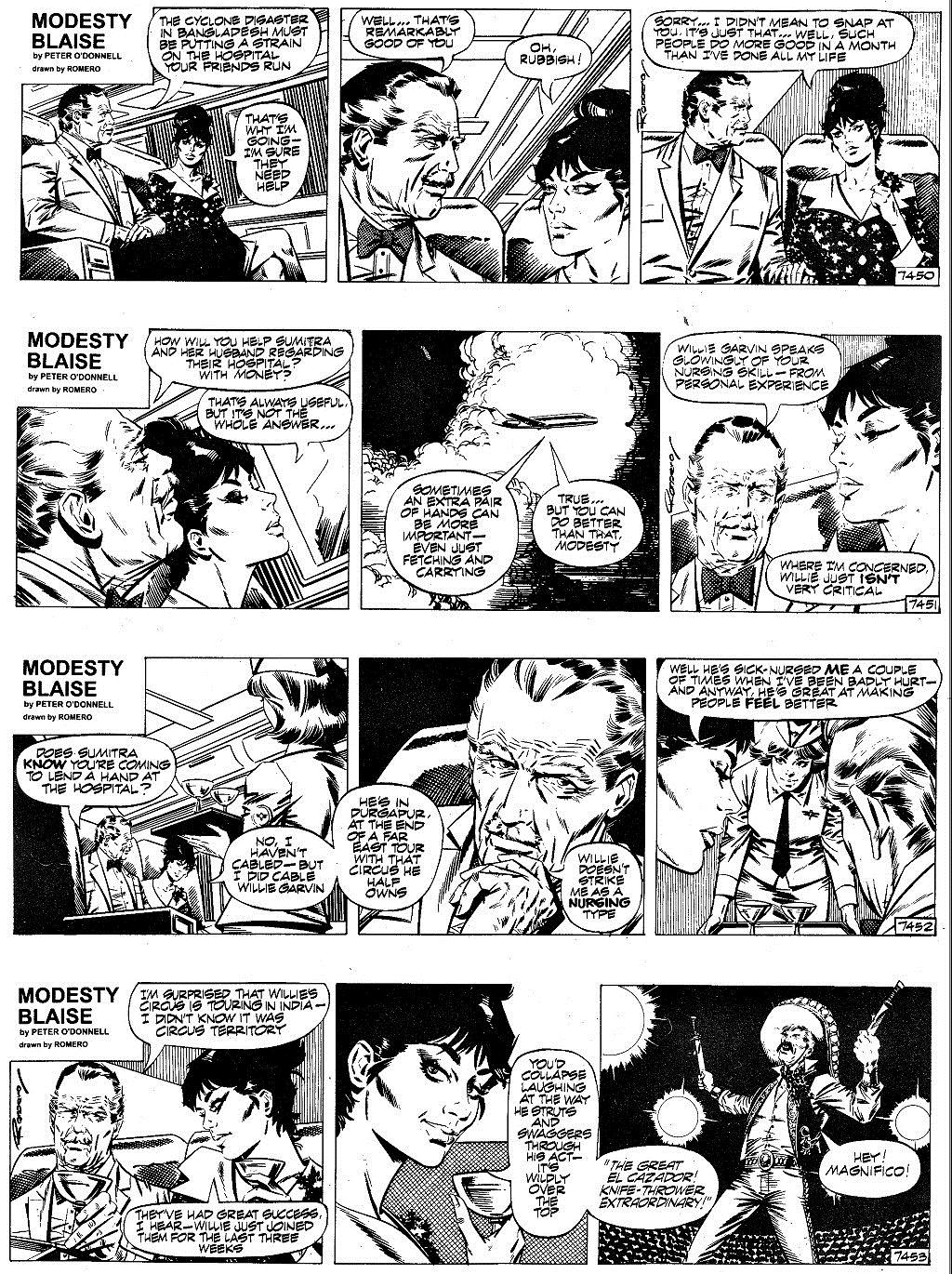 If there’s any proof required after 69 serials over 23 years that Modesty Blaise is a superbly written strip, it’s there in the first pages of the opening story, ‘Fiona’. Peter O’Donnell wants to write another story about Modesty taking down drug dealers, against whom she holds a particular grudge, but that’s been explored before, so he sets the story in Bangladesh. There he introduces the ethical conundrum of a well meaning British doctor wanting to help the people flooding into hospital after a devastating cyclone. Supplies of medical drugs are running short, and his only means of replenishing them is dealing with the local hoods, who are very dangerous people. That in itself is a decent hook, but O’Donnell expands on it by having the information imparted by his concerned Indian wife discussing matters with a hermit she sometimes treats, and then explains how Modesty will become involved. As is so often the case, O’Donnell’s delivering a masterclass in how to suck in readers.

He knows well enough how to keep that interest in place also. The strip is titled after the chimpanzee in love with Willie Garvin as seen in earlier collections, and another whimsical inclusion is Modesty’s government contact Sir Gerald Tarrant pressed into medical service. The various strange elements come together beautifully in a story where the revelation of secrets is key, and the way they’re revealed is astonishingly crafty.

‘Fiona’ features a villain last seen in The Puppet Master, and the following ‘Walkabout’ features another supporting character featured in that collection. It takes place in Australia and separates Modesty and Willie. She takes a trip into the desert accompanied by some Aboriginal people while he’s in Sydney where some Mafia goons have arrived. In this story O’Donnell toys with synchronicity and twists his plot beautifully. We know Modesty’s in control throughout, but other people believe that they are, which is always a joyous read.

Unfortunately for Modesty, she’s the person in the iron mask forming the title strip, entrapped by millionaires whose sour lives are only enriched by the pain, misery and discomfort they force others to endure. Due to her past interference in their plans she’s abducted, fitted with the iron mask through which she can breathe, but not see, and stranded in the Alps. The tension generated in this story is very different from the other two, as Modesty’s options are extremely limited and it’s a far truer test of her resourcefulness than circumstances where she’s able to plan in advance.

As ever artist Enric Badia Romero, or plain Romero as he’s credited on the strips, is superb in illustrating everything thrown at him. By the time these strips saw print in 1990 their reproduction size had shrunk from when the strip first saw print in 1963, and from the first he drew in 1970, but he’s not let this be an excuse for skimping on his compositions, which are as elegant as ever.

This is another prime collection featuring three very different stories, and is a welcome addition to any bookshelf. For those following the original publication order, the next collection is The Young Mistress. 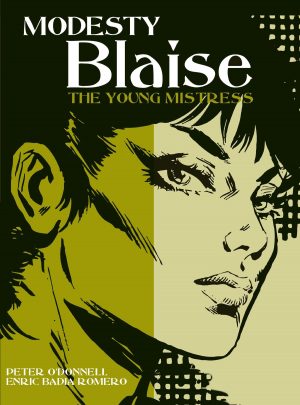 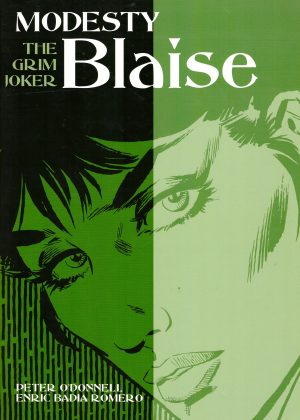