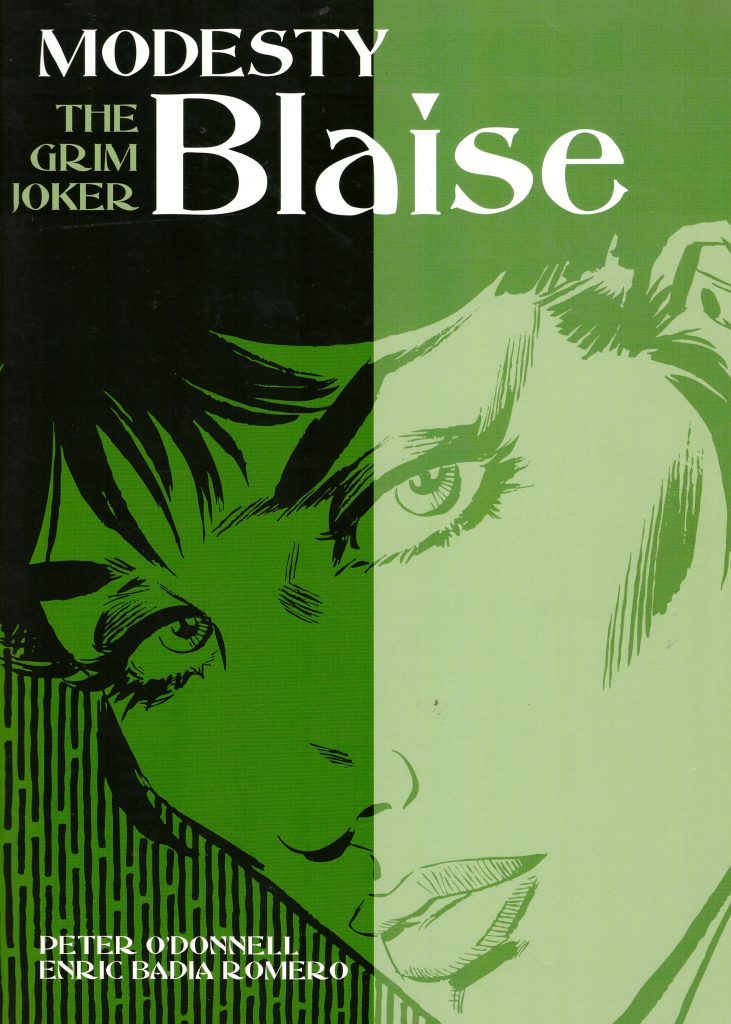 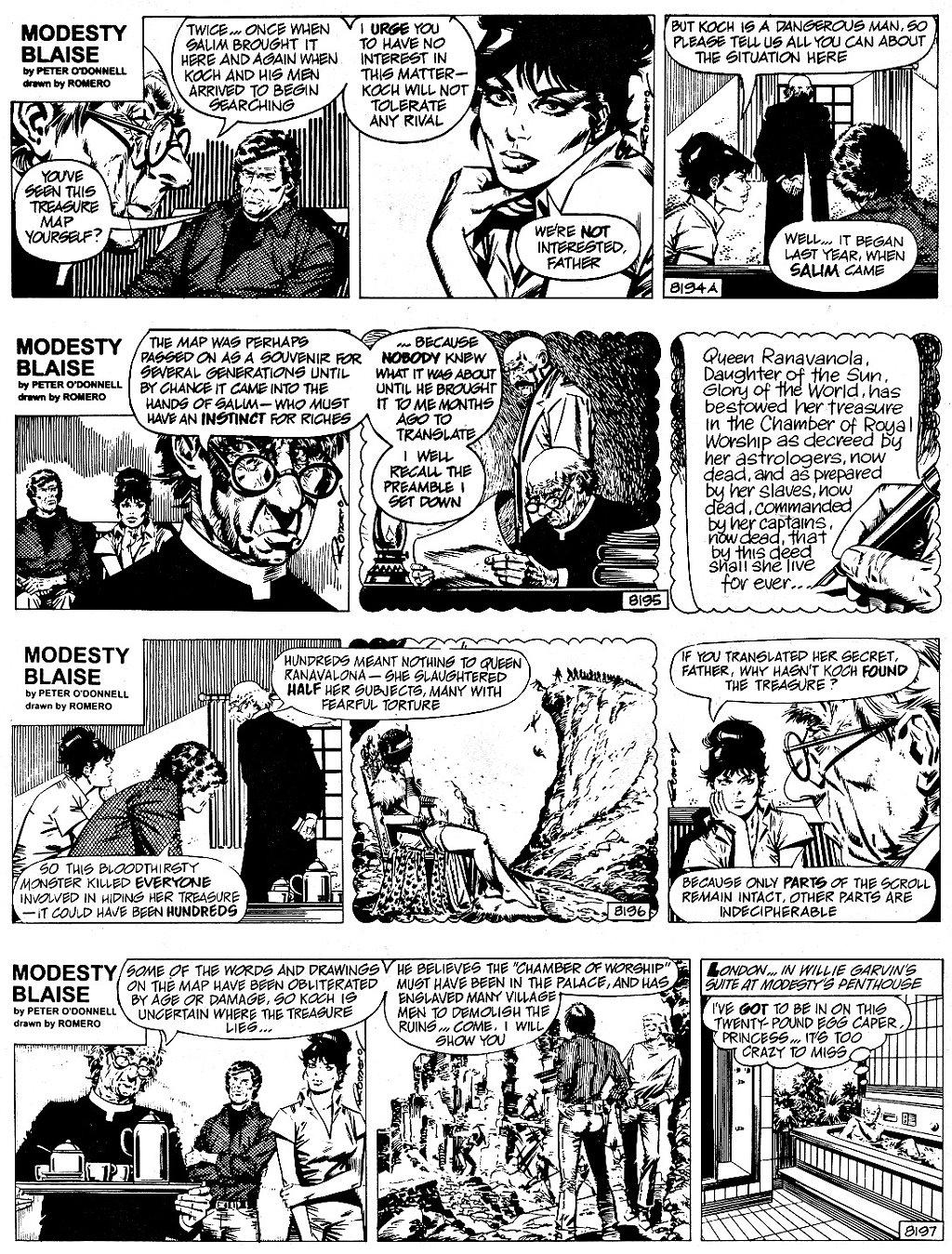 Peter O’Donnell again proves what a superb writer of criminal dramas he is, producing material that works fine as the original serialised newspaper strips, but is plotted well enough that it reads equally well when collected. This time he involves two forms of slavery in adventures on three continents, pulling in the lost treasure hoard of a terrible historical tyrant, and other exotica for another three stories that hook from the opening pages.

A big part of that is Enric Badia Romero making everything look so alluring. His Modesty herself never moves with the times, but has the classic Sophia Loren seductiveness, and it’s a rare spread of eight strips that doesn’t include at least one perfectly posed head shot. Likewise, Willie Garvin is a handsome hunk of beef, and also sticks with a classic look, his hair always 1960s short, never growing out into a perm or mullet. It ensures all Modesty Blaise strips have a timeless visual appeal.

The unique form of friendship shared by Modesty and Willie is the foundation of the entire strip, but rarely as explicitly explored as in the opening ‘A Present for the Princess’. Willie’s in a small South American state when he loses his memory, but the bond between him and Modesty is so strong she awakens in shock in England when he’s injured. A clever use of psychic divination occurs, and Willie is traced, his circumstances now considerably changed. It’s a touching adventure, and a page turning read.

O’Donnell changes the mood entirely for the second story, set in Madagascar and the unfortunate mixing of searches with two different aims, one of historical interest and the other a treasure hunt. It’s a complex stand-off for Modesty, who has a past with the criminals enslaving the local population. Anyone looking for a single story embodying what makes Modesty Blaise such a finely crafted strip doesn’t have to look past ‘Black Queen’s Pawn’. The title may be a little too clever, but there’s a fascinating historical figure in the form of Queen Ranavalona, a clever solution to a centuries old mystery, a viable trap that keeps tightening, and a nice reversal of the old scaring the superstitious natives trick. It goes without saying that Romero is excellent, but the story stretches him a little, much of the plot set in a single location, so reducing his options. It still looks great.

Modesty and Willie have been the focus of the first two stories, but for the title piece O’Donnell spends more time with the villains, two brothers and the girl who’s companion to both. They murder people for fun in ways O’Donnell is channelling from old Batman comics, using giant props and boastful notes, but with a greater purpose. The seemingly random killing of people for fun greatly angers Modesty, part of a rich vein of dark humour running through the plot, also encompassing two of the killers frequently masquerading as priests, leading to some funny faked piety. It’s another clever strip, anticipation not deriving from what killers will do, but from them being unaware they’re being drawn into a trap by experts. Some plot devices are little convenient, but there’s a great piece of staging toward the end as the killers are dealt with.

Has there been a poor Modesty Blaise collection? It’s certainly not The Grim Joker. The Killing Distance follows the chronological publication order, but as continuity is minimal there’s no reason to follow it.