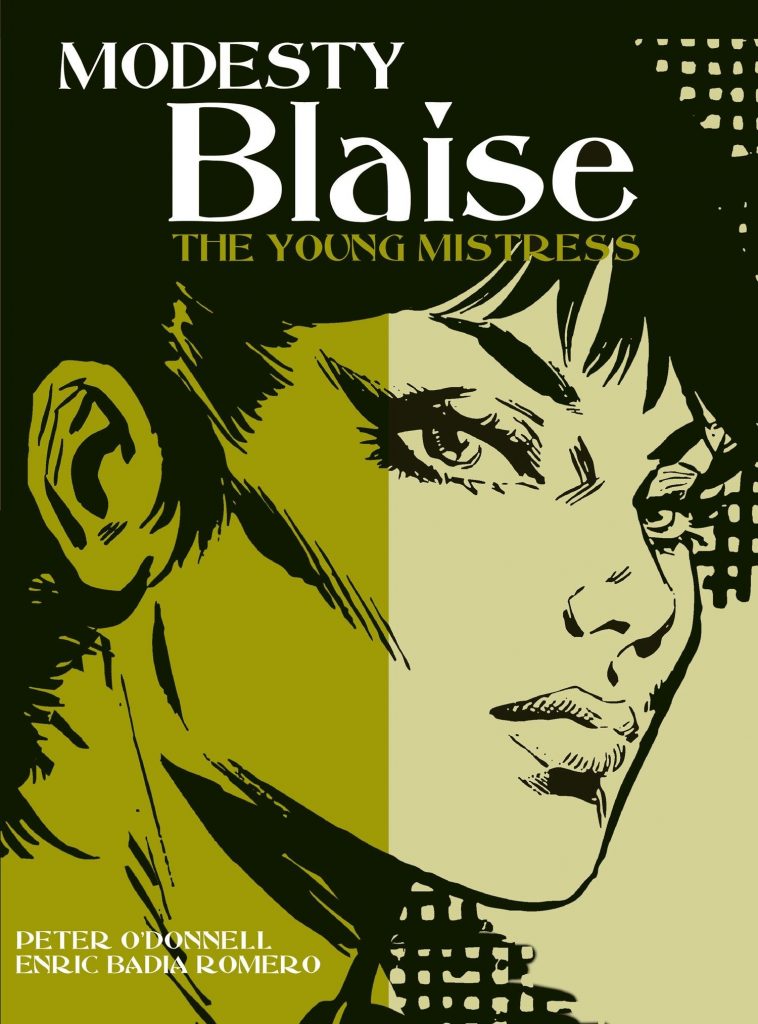 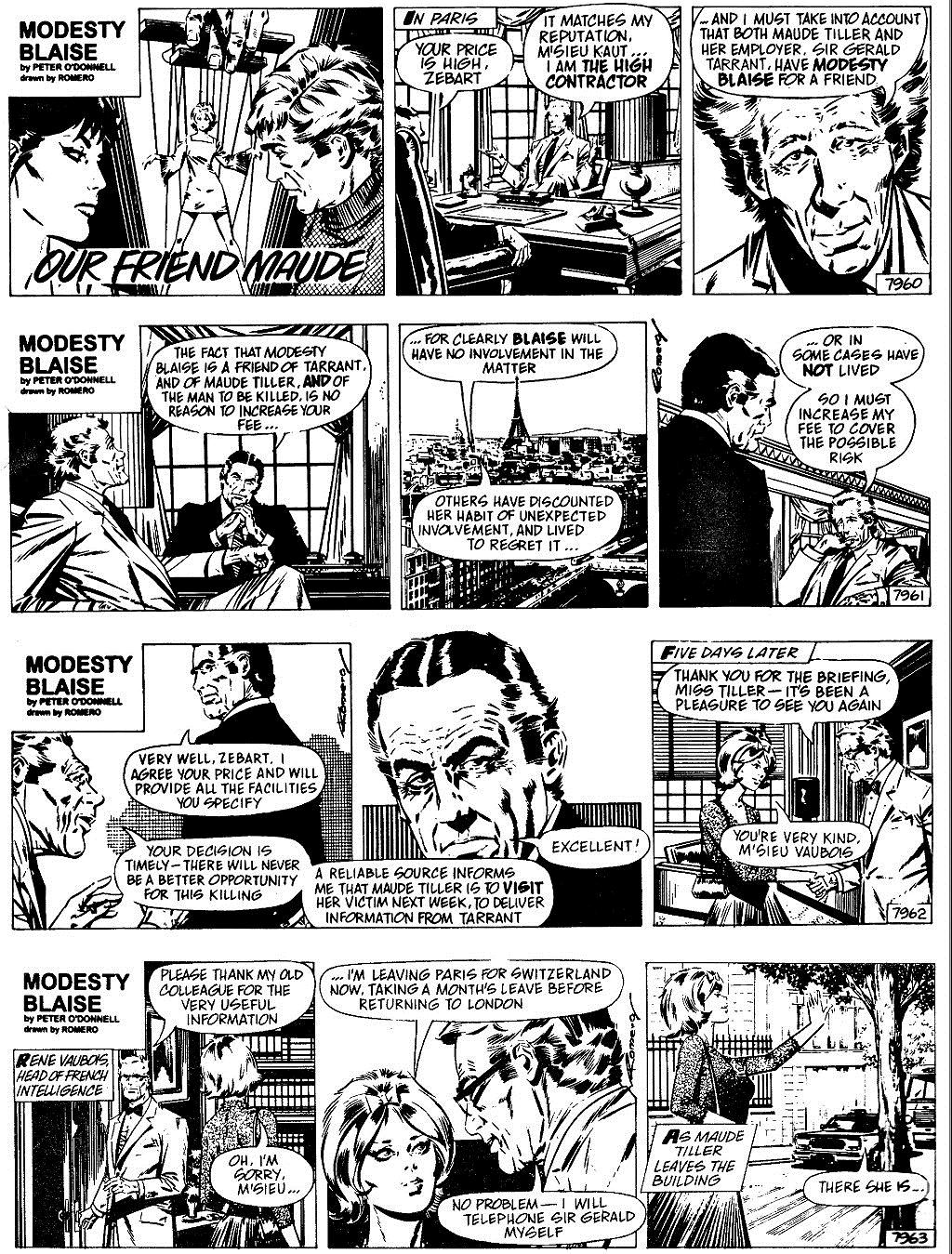 By 1991 Peter O’Donnell and Enric Badia Romero had produced so many Modesty Blaise thrillers, that they’d refined their technique to an unparalleled smoothness. That’s possibly to be expected, but what should be pointed out is how O’Donnell’s enthusiasm is maintained and the originality of his plots is sustained. While the strip has its standby foundations, there never appears any temptation to retread old ground or to re-work an old strip for daily three panel circulation in an era when O’Donnell’s older work wasn’t widely available. He continues to come up with clever situations that fool readers, even old hands who ought to be aware that Modesty’s almost always in control of a situation. It’s that ‘almost’ supplying the doubt, and by extension, the thrills.

Domestic violence is the starting topic for the title story, with Modesty’s doctor friend called to the assistance of Marion, whose partner regularly beats her with a riding crop. Abusing women is guaranteed to anger Modesty, but she rapidly discovers there’s more to events than first seems apparent. Marion’s partner, Bruce Lacey, is known to Modesty as a crook, despite his now earned reputation as a reputable art dealer, and the thrust of the strip is that leopards don’t change their spots.

In ‘Ivory Dancer’ O’Donnell is confident enough to let us know from the start of a plan to kidnap a prize-winning horse, and then throws in the eccentric element. O’Donnell loves a circus. It’s populated by people and creatures with unique talents, and always provides some visual spectacle. Halfway through the reason for disclosing the villains’ plans earlier is revealed, and it’s been beautifully set up, providing an ethical dilemma for a man who already has a lot on his shoulders.

O’Donnell has introduced such a wide cast of supporting players over the years he’s able to involve popular returnees in each of the three strips here, and ‘Our Friend Maude’ is named after Maude Tiller. She’d been introduced in a Modesty novel, Last Day in Limbo, and is a reliable British secret agent, that is unless she’s been abducted and drugged. It begins the most complex plot in the collection, involving brainwashing and hypnosis, and it’s a gem.

For all the wonder of how tightly O’Donnell knits his plots together, they’d not be nearly as effective without Romero’s intuitive art. An under-rated talent he has is creating uniquely designed people. As several cast members have been previously seen that work’s done, but take a look at the sample page and the variety of personalities depicted. As well as ensuring they’re all distinct he’s able to introduce an unconscious element of villainy where necessary.

So, another top class dose of glamour and intrigue. Other than reintroducing previously seen characters there’s no real continuity to Modesty Blaise, but anyone wanting to follow the original publication order should pick up The Grim Joker next.