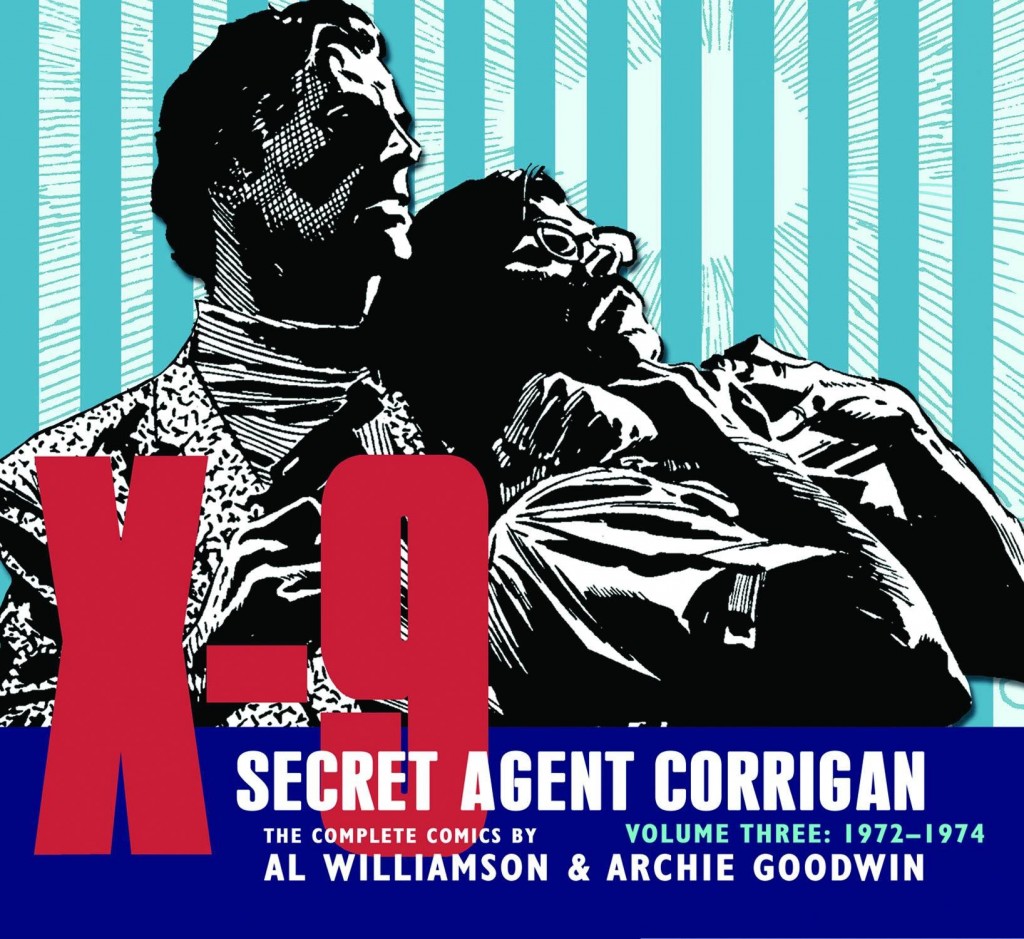 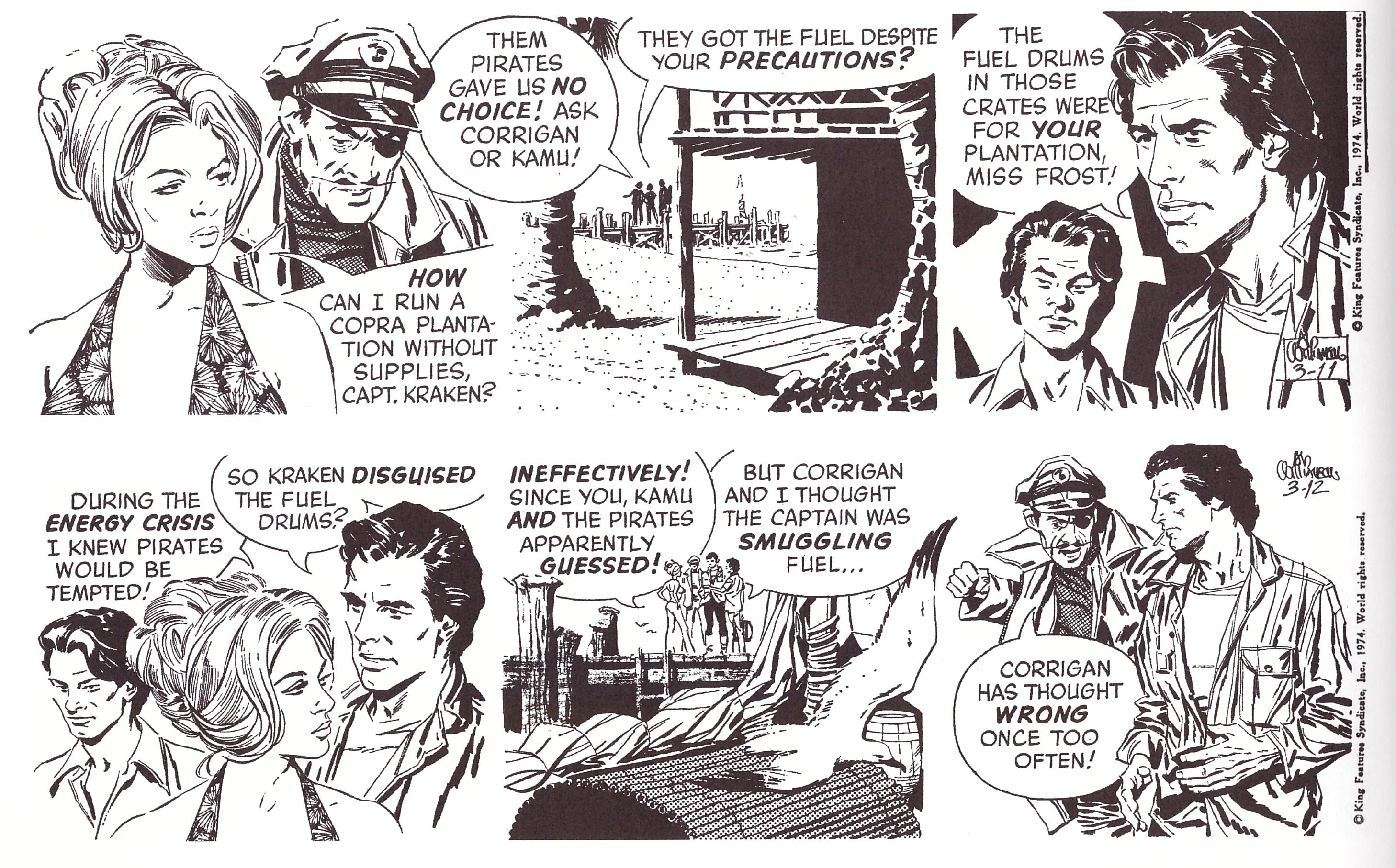 Something to be greatly admired about Secret Agent Corrigan under Archie Goodwin and Al Williamson is the sheer variety of locations and plots. This collection covers strips originally published from April 1972 to October 1974, but they’re timeless adventure strips, not least due to Williamson’s habit of illustrating classic cars wherever possible.

The best sequence comes early. A test tube containing a deadly airborne virus is stolen from a facility not as secure as believed. If let loose, this virus would kill everyone in any major city. From this starting point Goodwin involves a bike gang, a sandstorm and some great staging to escalate tension. While Corrigan’s perhaps not the most convincing biker, Viking, a man who’s a lot of trouble, is persuasively unhinged. Goodwin’s stories take Corrigan all over the world, experiencing danger amid Central American cultural ruins, a Tibetan monastery transplanted to South America, Caribbean Islands, and Pacific Islands, yet he still has time to root out a gangster returning to the USA incognito and other domestic threats. The craft is impeccable. Although written for daily consumption, when gathered the strips only very rarely exhibit repetition or padding, and always provide a smoothly plotted read.

Secret Agent Corrigan is far better known, however, for Williamson’s art, and he continues to impress throughout, never seeming to lose interest, and always presenting structured elegance. He even gives Goodwin a cameo as government helicopter pilot. His people have a grace to them, never looking posed, and the way he characterises Corrigan is great as someone always expecting danger and rarely relaxed.

Williamson used assistants and stand-ins throughout his run, and these are only identified in general terms after the first volume. An introduction to this collection from Colombian artist Carlos Garzón gives a clue, however, and someone other than Williamson evidently drew most of a strip midway through the book, and not quite as well as the figures aren’t as natural. That’s a clever piece of work on Goodwin’s part. He takes the basics of Richard Parker’s Stark novel The Score about a mining town, a massive payroll and a single road in and out, and turns it into a completely different caper.

Snaking through the book is Goodwin’s sinister global criminal organisation Triad, and those seeking to control it and use its influence, yet these are the weakest sequences as they move Corrigan very much into James Bond territory. Another similarity is the appearance of a glamorous woman in each strip, but Goodwin has a clear demarcation here as Corrigan was married before he and Williamson inherited the strip, with the exotically named Wilda a match for any other beauty depicted. Corrigan is no philanderer, and it’s actually very refreshing to see a rugged action hero who doesn’t fall into the arms of every available woman, despite Williamson illustrating some stunners. Check the ornate hairdo on Serena Frost, whose estate Corrigan visits toward the end of this collection.

There are exceptions, but Goodwin plotted most sequences to run for roughly three months, a length adequate to ensure a thrilling story that twists away from reader predictions, yet never keeping Corrigan in a single location for too long. Rarely has the adventure strip format been as neatly and compactly exploited.