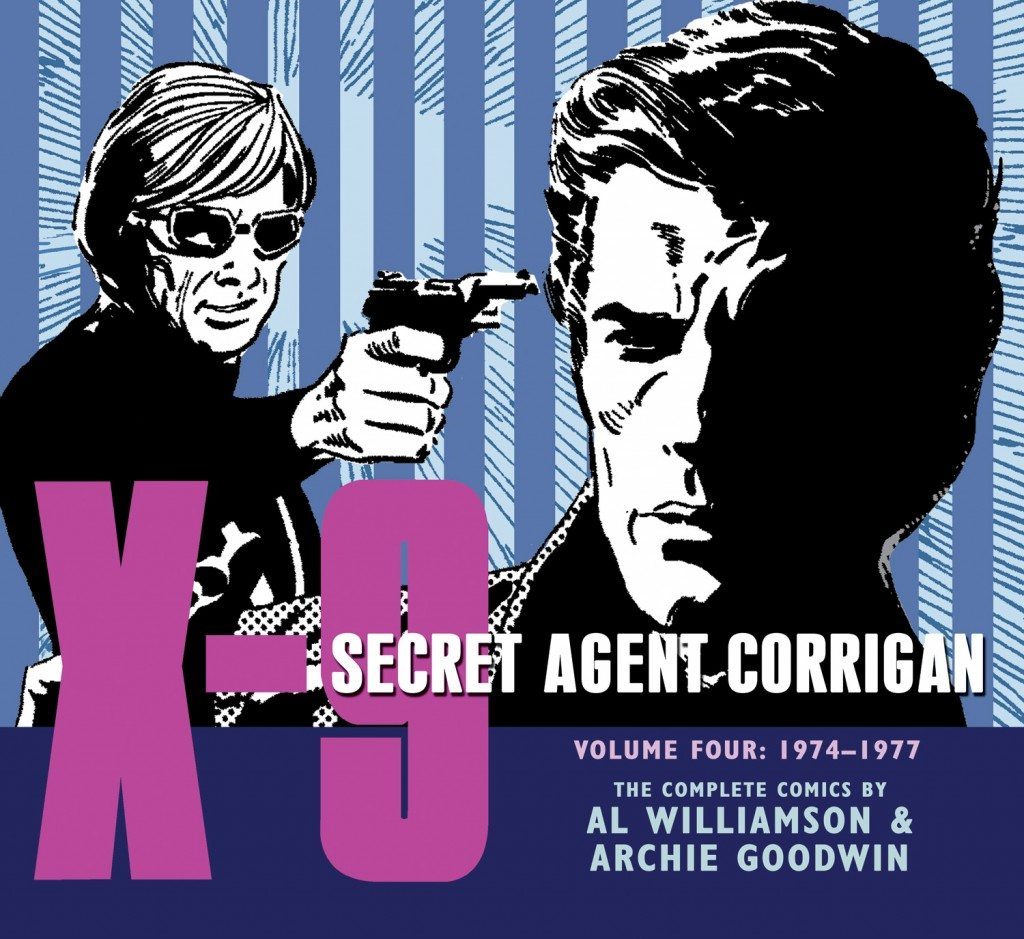 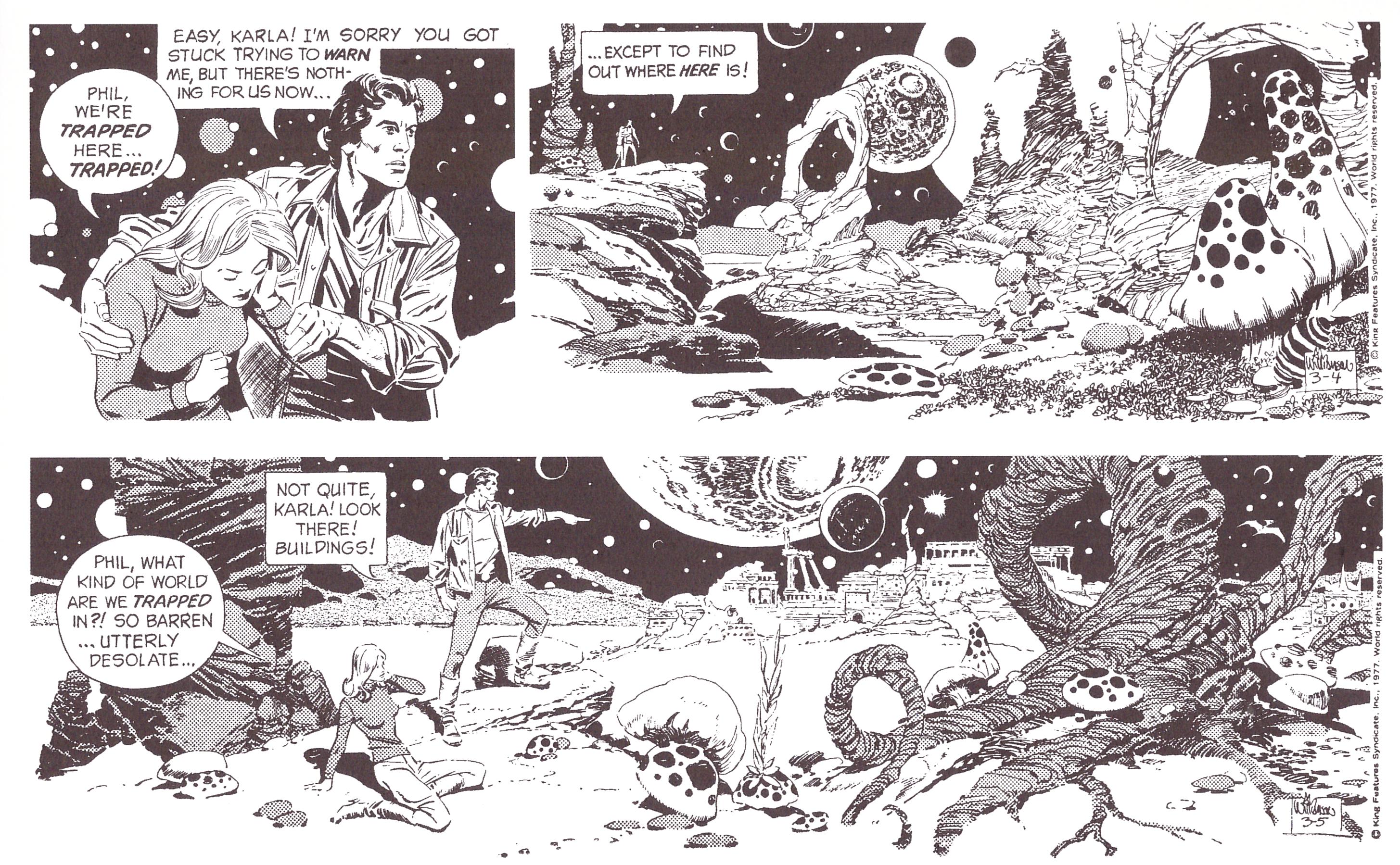 By the late 1974 strips opening this collection Archie Goodwin and Al Williamson had been guiding the destiny of FBI agent Corrigan for seven years, and their work is now a masterclass in how to tell an effective story three panels at a time.

The opening strip is a newspaper strip historian’s indulgence. Not only is Brick Bradford mentioned, but the creature he fought in Brick Bradford and the Metal Monster (1940) is here reactivated by regular foe Dr Seven, himself increasingly resembling Ming the Merciless. That doesn’t set the tone, however, and as always in these presentations, the variety is admirable. Among other threats are a satanic church, a lost civilisation in the Antarctic, genuine aliens, and a vindictive company CEO. Some of these may seem anomalous in what’s been a relatively straightforward action/adventure strip, but all of them are credible and make for compulsive reading once started. Time and again Goodwin sets up the elements needed for the finale furtively and diligently, works the characters well, with more now recurring, and ensures exotic locations. It is interesting to note how the invention of the cellphone has rendered many of Goodwin’s plots no longer viable, which is not to insult the craft with which he pieced them together.

Al Williamson’s art is elegant, stylish and impeccable, moving the story along in increments of three and very occasionally four panels while incorporating enough dynamic images to offset the dialogue and the heads required for it. The small print notes that George Evans, Carlos Garzon, Al McWilliams and Gray Morrow also drew portions of the content, all excellent artists who sublimate their own style so effectively it’s difficult to spot the joins. That’s except for Evans, where the sequence he drew was tailored to his fondness for World War I era bi-planes. It was almost an audition as he draws the final days of the strip in Volume Six.

Some elements of Secret Agent Corrigan are contrived, none more so than every strip featuring a new attractive woman, which is very much a sign of the times it was created. It’s refreshing, however, that Corrigan’s unusual status as a married hero means all relationships are strictly professional, which is anomalous for the times the strip was created.

It appears Goodwin and Williamson are rounding out this collection with a classic locked room mystery, or, to be correct, a locked lab mystery as one Professor Questor, working on government classified projects has disappeared. It’s also appropriately circular in returning a supporting character from the opening story, but there’s a big surprise ahead. Introductions to previous volumes have explained how plots were led by what Williamson fancied illustrating for weeks at a time as the story played out in daily instalments, and in this case it’s a return to the classic science fiction on which he made his reputation in the 1950s as per the sample strips. At the time Williamson possibly considered it a fond valedictory statement, little dreaming that a few years later he and Goodwin would be back to the genre on the Star Wars newspaper strip. It’s to this sequence that McWilliams contributes a few weeks of continuity, and it’s also indicative of the strip broadening its premise. This would be continued in Volume Five.