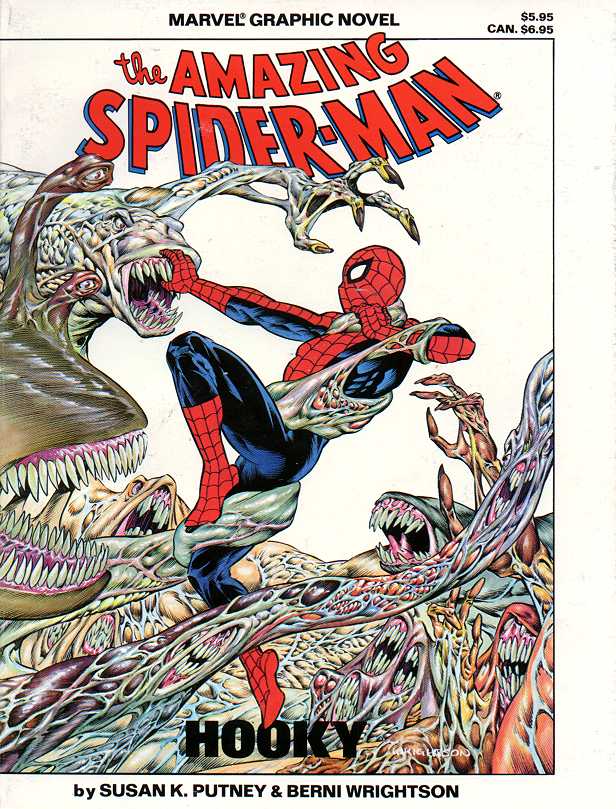 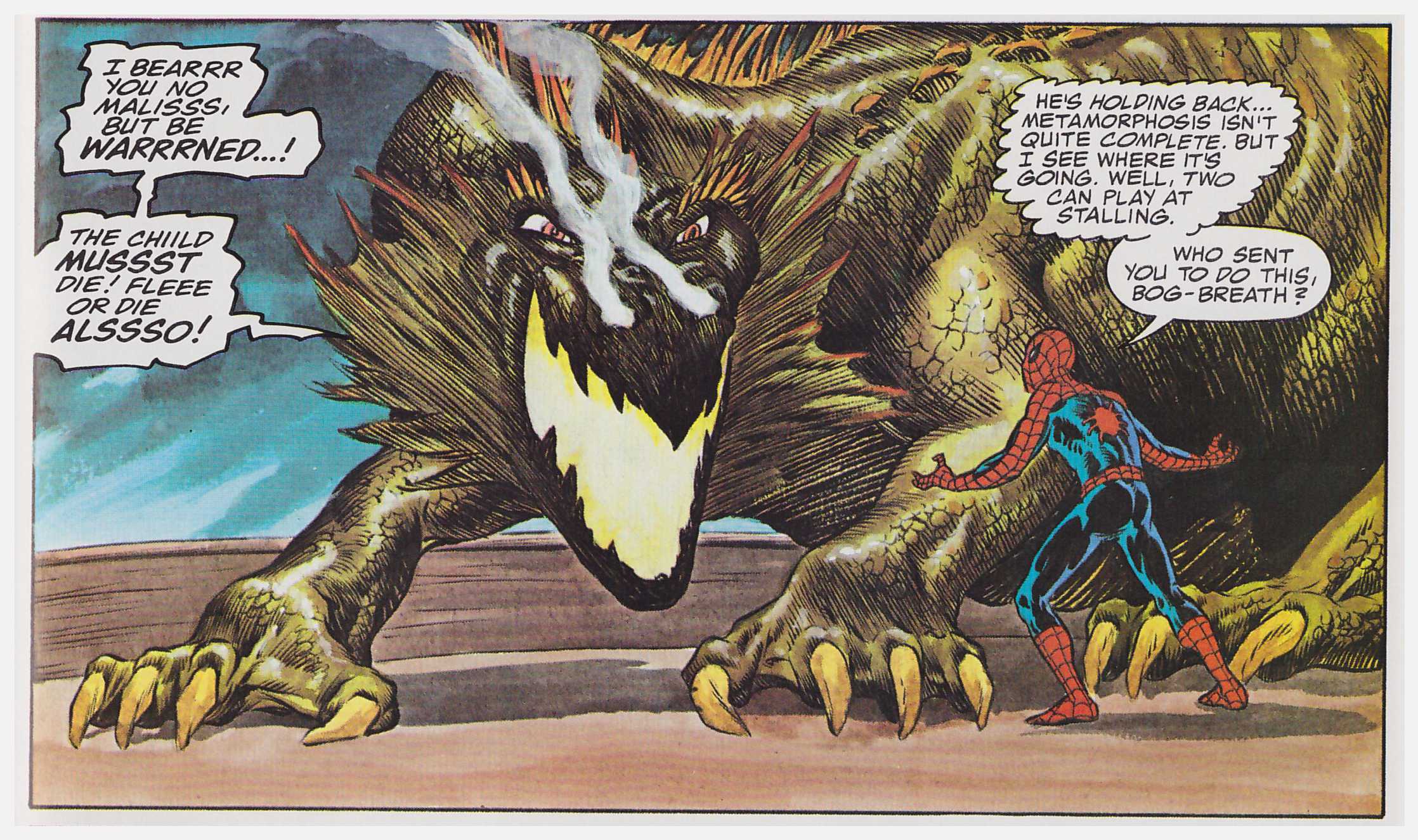 The combination of Spider-Man with artist Berni Wrightson, then best known for his horror work, doesn’t at first glance appear to be compatible, but unlike some of Marvel’s 1980s first flush of graphic novels it’s not aged badly.

That’s because Susan K. Putney’s story plays to Wrightson’s strengths, pitting Spider-Man against an amorphous, fleshy, transforming monster called the Tordenkaker. With every rejuvenation Wrightson creates a new horror until ending up with the gruesome creature depicted on the cover (and carried over to the back cover for additional ghastliness). The format enables Wrightson to stretch out, and he takes advantage with a succession of double-page spreads and full-page illustrations, most spectacularly drawn visceral nightmares, but some oddly serene. All Wrightson’s attention, however, is on the horror aspects, and he finds Spider-Man’s mask particularly troublesome.

The illustrations come at a price, though, as the story itself is relatively slim. After a decent opening sequence in which Spider-Man indulges himself dealing with some inept would-be burglars, he meets the puzzling Marandi Sjorokker, a sorceress who travels between worlds and who’s permanently twelve years old. She’s a well developed character with the fears and vulnerabilities of her age, and her innocence is well balanced against the horror that follows, but she’s never seen beyond this book. She transports Spider-Man to another dimension and after a brief tour it’s battle against the Tordenkaker all the way.

In the wake of events explained in the story, there’s some more material that could have been tidied up, but isn’t, and neither is the title ever explained. Perhaps at some stage a sequel was planned, but without it the ending is rushed.

This is now collected with Fear Itself, Parallel Lives and Spirits of the Earth as Spider-Man: Graphic Novels, but that’s traditional graphic novel size, so Wrightson fans might prefer seeing his art in the larger size this format offers.