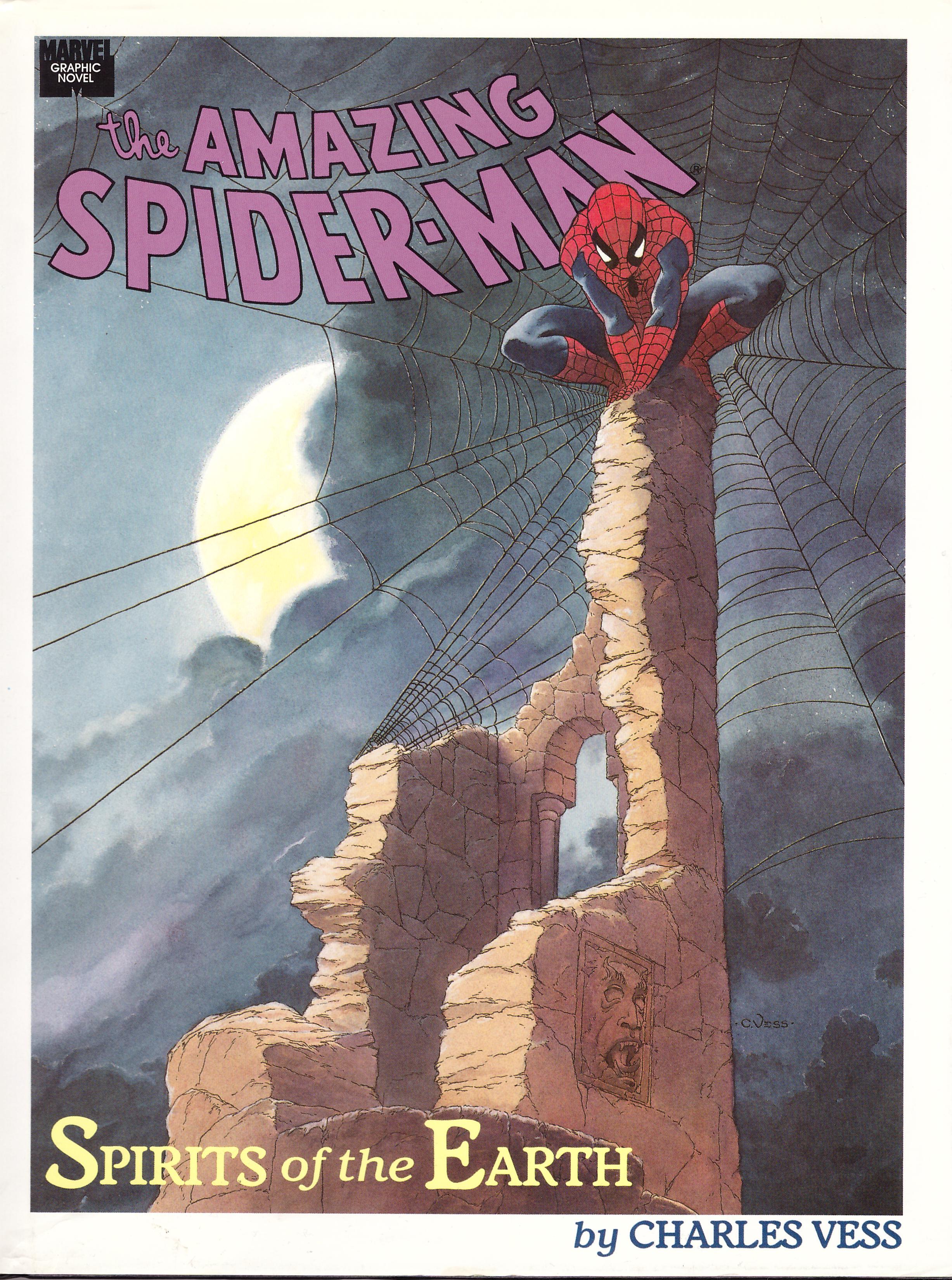 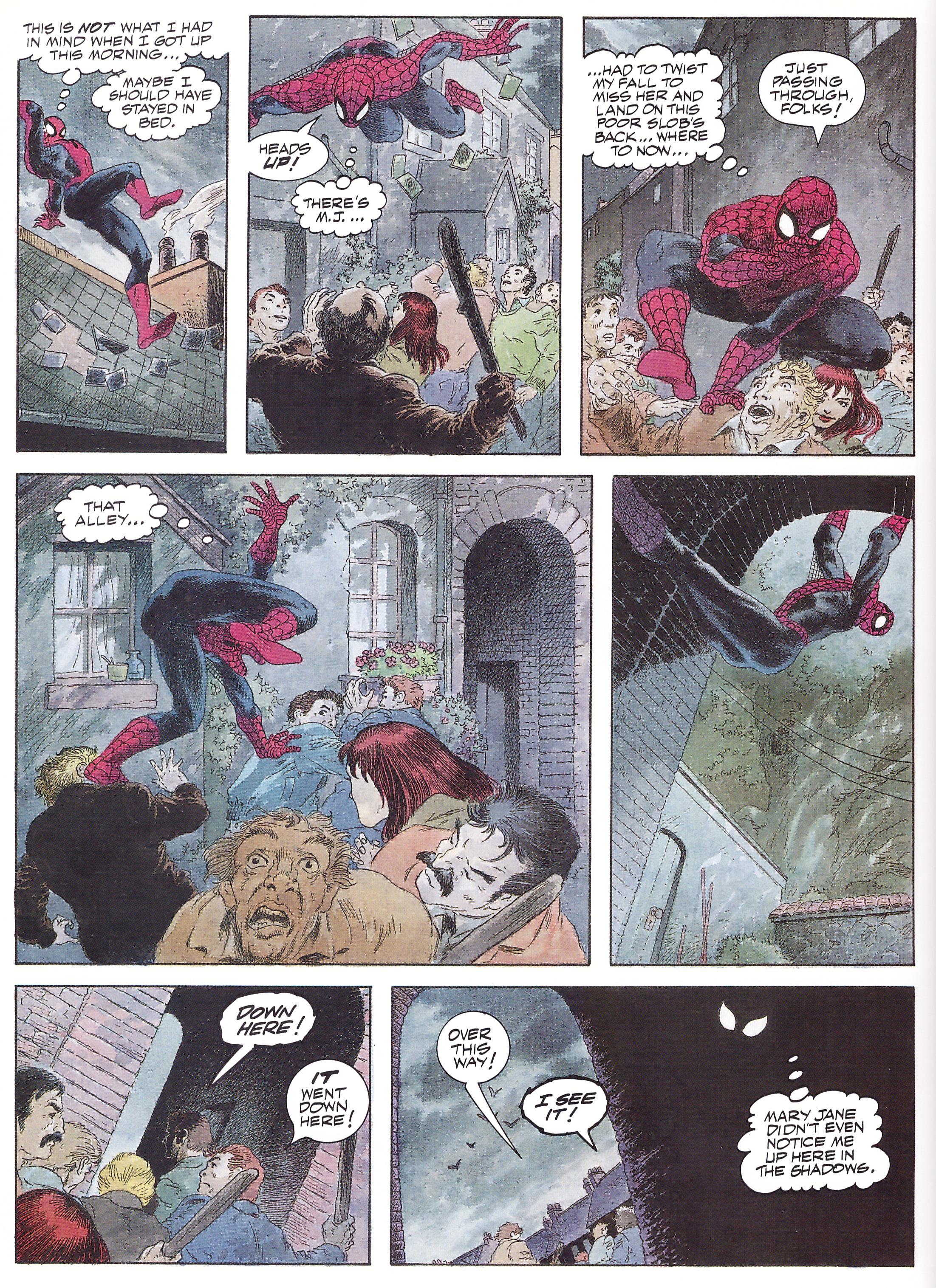 Spirits of the Earth was a real labour of love for Charles Vess, and it’s difficult to imagine a creator who’s been more personally involved with a Spider-Man project. The majority of the book takes place in lovingly detailed Scottish locales, some very recognisable such as the endpapers depicting the Kyle of Lochalsh (although Vess adds a cairn and restores the castle). He even provides a seven page afterword expanding on his love for the Scottish countryside.

The beauty of transporting Spider-Man to Scotland is that it also removes him from his comfort zone. There are precious few places to swing around via webbing in the Highlands. He’s visiting because Mary Jane Watson, then Mrs Peter Parker, has been bequeathed a property, and on arrival learns about a proposed land sale. The local laird, the one person who might be expected to lead the community in speaking out against it appears cowed. Vess mixes in the appearance of spirits resembling the fearsome Scottish warriors of old, ancient curses and a very modern resolution.

During his time illustrating comics it wasn’t always apparent how much Vess was influenced by the classic illustrators of early 20th century children’s books, but it’s obvious here. The likes of Arthur Rackham thrived on bucolic images, and the way he drew faces and expressions has filtered through to Vess. The scenery almost evolves as another character, wild, sparse and not to be taken likely, and Vess exploits the mystical elements of heritage both visually and narratively.

Spirits of the Earth deserves the status of a graphic novel, something that can’t be said about so many others among Marvel’s 1980s and early 1990s oversized publications. It’s set apart as a tale with a beginning, a middle and an end that wouldn’t fit any three standard Spider-Man comics of the time. For starters the printing used would have reduced Vess’ delicacy to mud, and it’s so far removed from the standard Spider-Man story, yet it still works very satisfyingly. The Vess of today probably looks back and regrets the odd flat face and not dealing with the coincidence of both Peter Parker and Spider-Man appearing in a very small village, but compared with the wonder of what is here that can be easily glossed over.

Spirits of the Earth is more recently available as part of a package combining it with three others from the era as Spider-Man: The Graphic Novels, but anyone truly interested is better advised to seek out the original. Not only are the stories it’s combined with poorer, but Vess’ art, designed for larger sized reproduction, is reduced to standard graphic novel size with the consequent loss of detail. 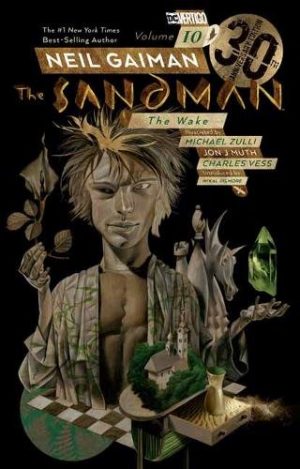