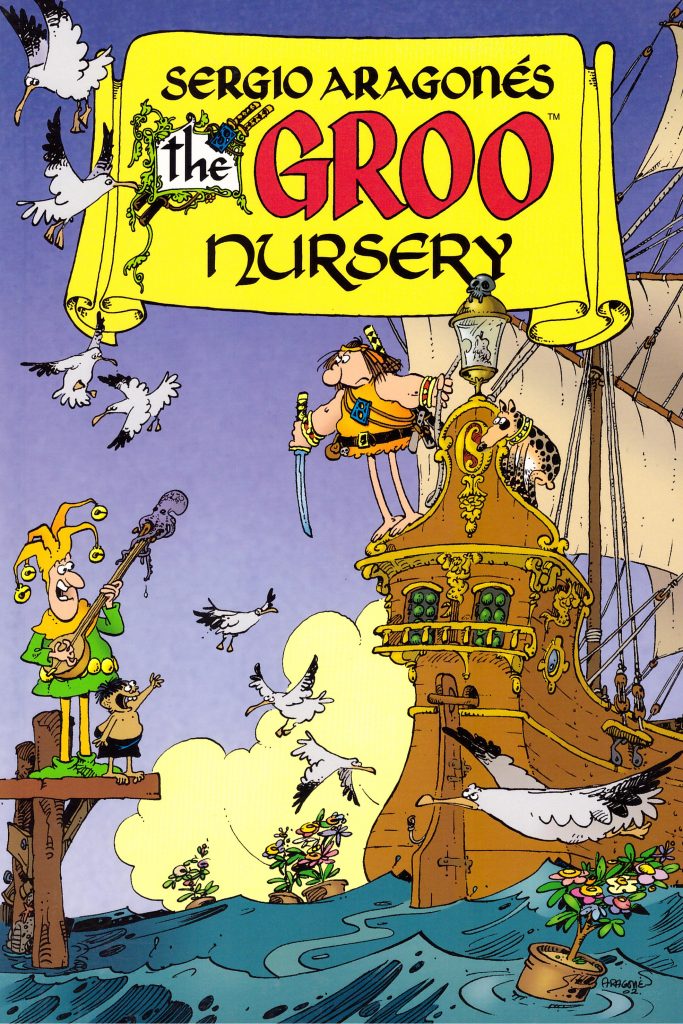 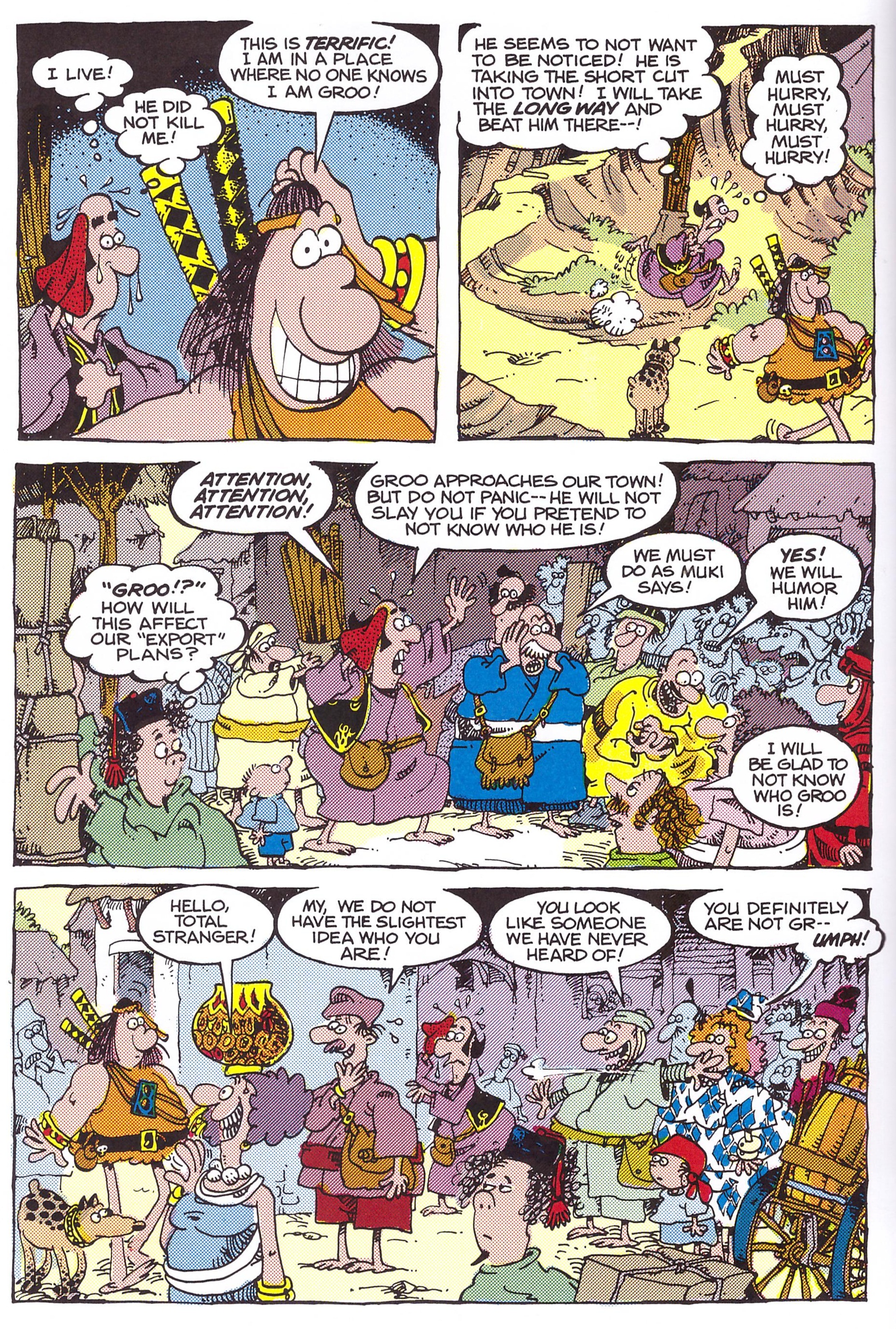 Back in The Groo Inferno a plot point was seemingly fudged. In order for the story to work, for once Groo didn’t sink a ship he was on, an inevitability from the earliest days of the series. In The Groo Maiden Sergio Aragonés and Mark Evanier contrived the caveat of a ship surviving Groo’s presence providing Rufferto accompanies him on board. Having introduced the idea, they base The Groo Nursery’s opening story around it, as Groo goes on a ship sinking rampage like never before. Poor Captain Ahab.

After the inevitable, Groo and Rufferto wash up on an idyllic island that knows only peace. It’s an early example of the allegorical stories into which Aragonés and Evanier would frequently slot Groo, highlighting the delicate balance of man and nature, and how the introduction of a single anomaly can disrupt and ultimately destroy that balance. In this instance the anomaly is Groo and his innocent propensity for destruction. That’s followed by a combination of another two standbys, Evanier’s rhyming skills on show as the Minstrel narrates a tale of Groo’s previous incompetence and the story based on an instruction Groo has to follow, yet is surely incapable of remembering. It’s inevitable he will err, but how? The twist is clever, and the solution cleverer still.

For the final story a community have to pretend they don’t know Groo is Groo, because he’s in disguise, but they simultaneously want to ensure he doesn’t stay in their town, which he seems to like. Direct confrontation isn’t on the agenda, as he’ll slaughter anyone in a fray, so how will they get rid of him? The solution is wonderfully worked, drawing on what’s been established in the opening story and so inducing that sense of anticipation found when readers are step ahead of the cast.

As with every Groo collection, the cartooning is astonishingly good. With so many Groo graphic novels issued and a further one out every year, the sheer volume of work may devalue how good Aragonés is. He devises new locations and people for every story, each given personality and life, and fills the panels with people, yet without them ever crowding out the intended focus, the colouring of Tom Luth important in consigning some to backgrounds. Little details abound, a decorative adornment or interesting clothing. The sample page shows a sizeable crowd, all of whom look different, while their clothing and accessories would mark them out if their hair didn’t, yet besides Groo only one of them is essential to the story. This page is relatively standard for Aragonés, who produces a couple of dozen like it in the course of the book, and that’s without considering the superlative spread over the second and third pages of every story. Now think about how much work some acclaimed superhero artists put into establishing panels.

The following Groo Odyssey is the final alphabetically named collection.