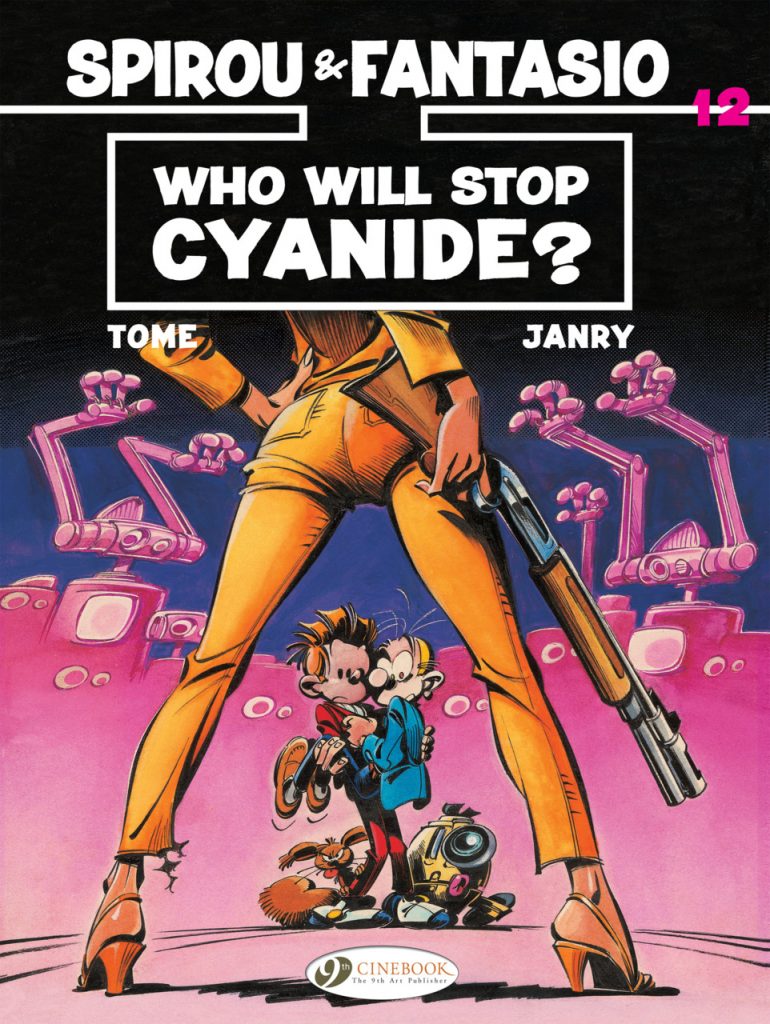 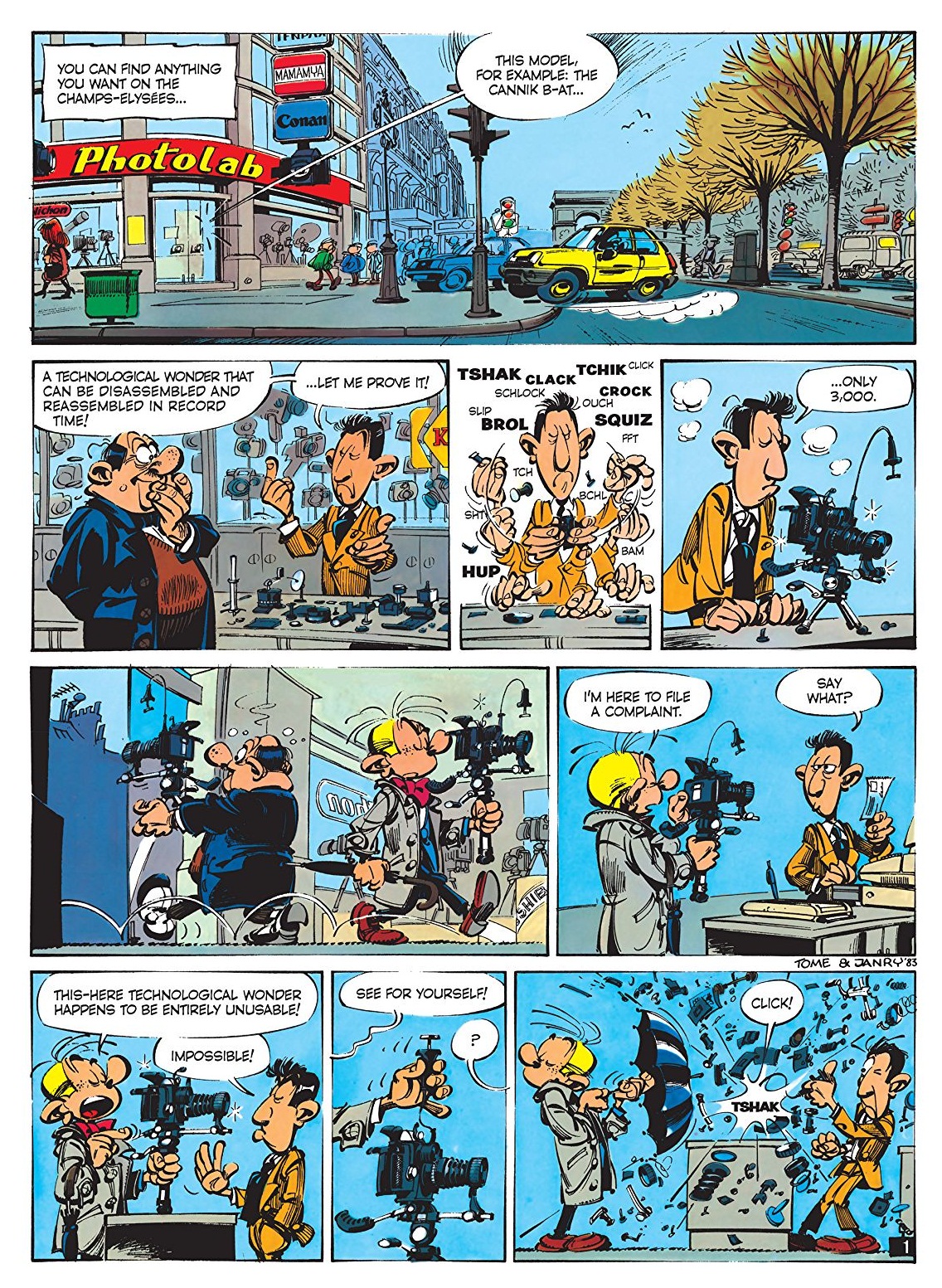 Why did Cinebook wait so long before translating this Spirou and Fantasio gem? It was the third by Philippe Vandevelde and Jean-Richard Geurts under their aliases Tome and Janry, and it’s a superbly produced, gag-packed spectacle from 1985.

The Cyanide of the title is a humanoid robot, amusingly drawn to resemble Marilyn Monroe in her notorious white flying dress picture, except on the cover for some reason. The creators spin much well-plotted mileage from her ability to control any machinery in her vicinity from the point Spirou and Fantasio become involved. They set her free, believing she’s human, been kidnapped and tied to a chair. She’s been constructed by the retired station master in Champignac, the small town that features in the series whenever the creators want to poke fun at French rural life. Cyanide’s abilities are an accident, and before the intervention of Spirou and Fantasio the station master had finally subdued her, fearful of what might happen with a new robotics factory opening outside the town.

Tome fosters a great sense of anticipation by introducing elements such as the robotics factory that even younger readers will recognise as having later relevance to events, and they all pay off in great comic fashion. Others include the Mayor’s protective attitude toward the statue of him, and an odd R2D2 style robot. Whether it’s Tome, Janry or both who choreograph the chase sequences, vast credit is due. It’s Janry’s skill with exaggerated expressions and effects that really sells the chases, but the plotting of them is great, which is just as well since there are several in Who Will Stop Cyanide? The little asides are also fantastic, items that will blow over the heads of children, but adults will love. The first thing the newly organised town militia do is have a drink, sales staff are unscrupulous and the little visual set pieces are great. In the later stages Janry infuses the robots with personality and the pages are comically busy without ever seeming crowded.

Cyanide herself is a great creation. Her personality moves far beyond mischievous to positively lethal, and is an indication of the way Tome and Janry would take the strip. They escalated the threats to life-threatening during their run, so beyond a murderous robot, we have assassination attempts, and near fatal car crashes, but always in a comic all-ages manner.

Spirou and Fantasio is inconsistent, which is why it’s never mentioned within the top tier of Franco-Belgian kids comics, but when the creators get it right, the feature is up there with the best of Asterix, and this is one of the good ones.