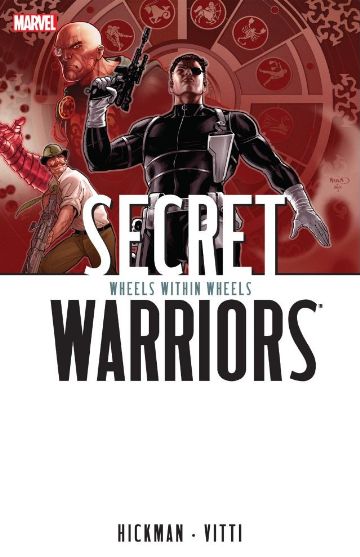 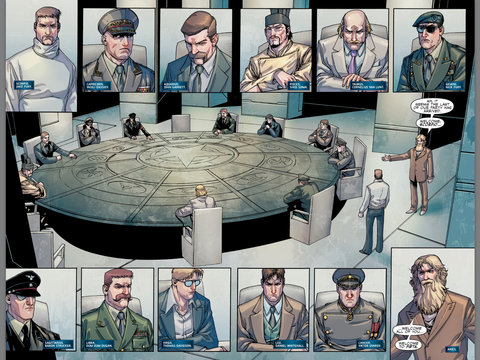 Throughout Secret Warriors allusions have been made to the mysterious Heavenly Wheel. While we didn’t know much, we’ve been made aware it was something that was older and ran deeper than S.H.I.E.L.D, Hydra and Leviathan. Travelling back in time to the Cold War days of 1961, we glimpse the origins of the long-standing rivalry between all the Shadow Agencies in the Marvel Universe and the forming of the Heavenly Wheel. In the present day, a helpless (is he?) and weary Nick Fury has been captured, held captive face-to-face with Baron Von Strucker in a twisted intervention of sorts staged by Kraken. The Wheel is reaching the end of its cycle but there are always wheels within wheels, and someone (if not all) will be ground to dust in them.

Jonathan Hickman here reverts from the action that dominated the previous Night and delivers a stand-out story simply by building complexly interesting characters within a very intricate plot. It is a trifle over-long with too many cast members to remember, constant little changes adding to the intrigue but also the confusion. In Wheels Within Wheels, events and references to them (sometimes in seemingly throwaway comments) made in other books as early as the opening Nick Fury, Agent of Nothing are tied up.

Allesandro Vitti returns with art as good as ever, helping to drive the story. His work is clean and precise, using very simple or plain white backgrounds to keep the focus on the characters and the personal dynamics playing out in front of us. The frames are big and wide, Vitti unafraid to use an entire page to render the story. It’s an approach that complements Hickman’s narrative incredibly well, and this creative pairing has produced some consistently good material over the course of the series. Some action is brutally violent, so even though it is a Teen rating, sensitive readers should take care.

What stands Secret Warriors in good stead is its consistency: an entertaining story, very strong leads, an interesting supporting cast,and vivid artwork. There is a little of everything in here to satisfy fans of all kinds of Marvel genres and convince critics of Nick Fury’s importance in Marvel lore. 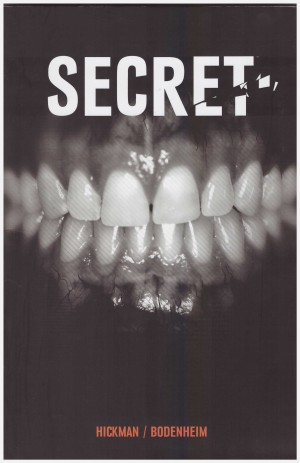 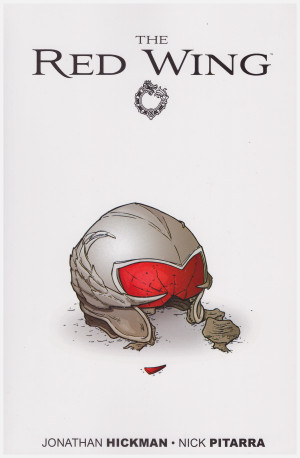