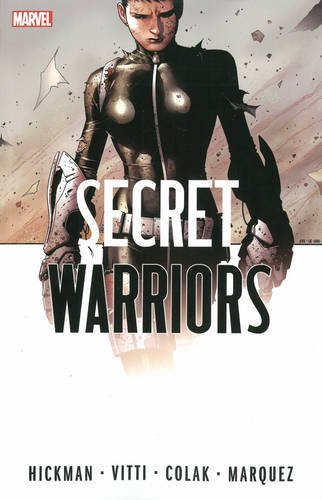 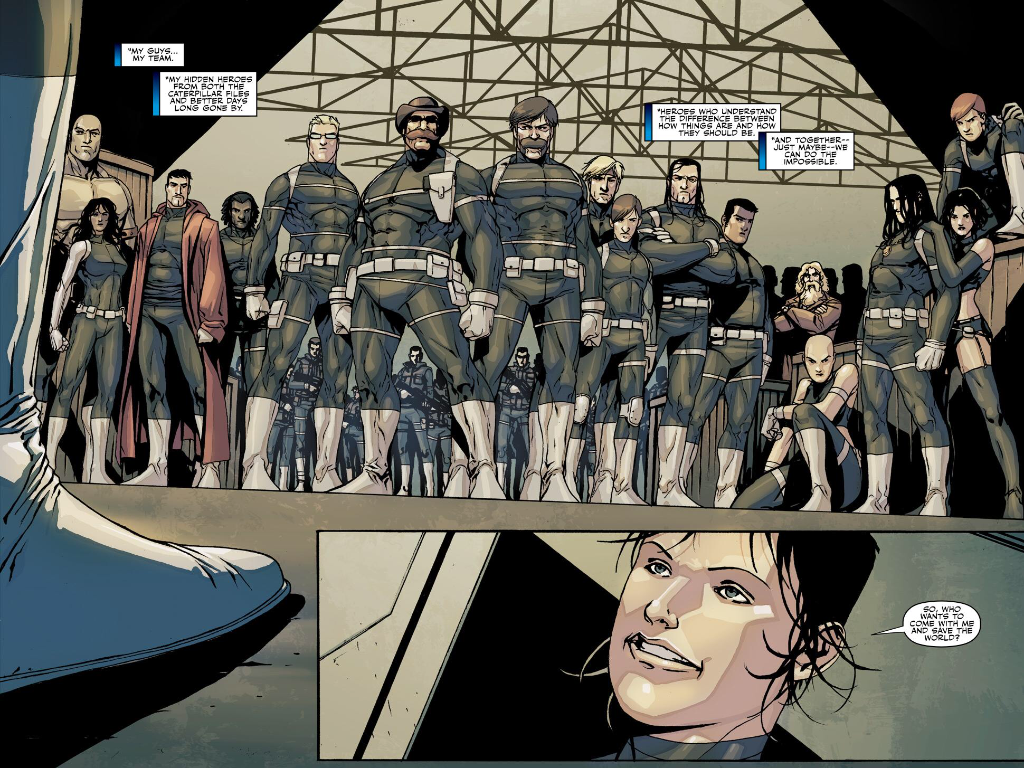 Volume 2 starts right at the middle of the series, and now that the players have been set, the pace picks up. Jonathan Hickman’s story of super-powered operatives, spies, power-hungry secret organisations, betrayal and war enters its most exciting stage as it heads towards a climactic finish.

Last Ride of the Howling Commandos flashes back through the history of Nick Fury and his band of brothers, the Howling Commandos. The high cost of keeping the world safe becomes apparent on a personal, public and political level. This is a poignant capturing of the brotherhood of warriors, comrades who’ve been through everything together, creating a bond hard to understand for outsiders. Flashing back over a series of memories and perspectives, artist Alessandro Vitti does a superb job of capturing the gritty edge of conflict. There is also an excellent series of wordless panels conveying the emotion so well. The flashing backwards and forwards between scenes interferes with Hickman’s story, causing a loss of focus, but writer and artist excel at the emotional aspects.

Night opens on a hardened group of soldiers experiencing all the effects of war, the loss of Team White’s youthful edge a stark contrast to earlier portrayals. Hickman pens a few striking plot-reveals in the most action-heavy story of the series to date, Mirko Colak helping to keep the right mix of action and emotional heft.

Wheels Within Wheels shows just why Fury is the greatest spymaster, the focus turning to the past and the source of the conflict between Fury’s crew, Hydra and Leviathan. This is far more complicated, overlaying an intricacy that’s difficult to absorb while already processing the information given in the preceding five books. The series is already dense and complicated, and new details are fed into the narrative without proper explanation. Alessandro Vitti finishes well with clean art and simple backgrounds.

The artwork is consistently good over the series and with the exception of the final episode, the story ticks along at a good pace. Secret Warriors gives us a behind the scenes look at the murkier side of the hero business, where people’s actions and choices are because everything is at stake. Consistently entertaining, this ranks among the better of Marvels offerings of the same timeframe, even overshadowing some of the events it runs parallel to. Had it not had to rely too much on tie-ins to events elsewhere in the Marvel universe, Secret Warriors would have been even better.

For readers who prefer to have the whole story in one place, the books collected in both Volume 1 and Volume 2 can also be found in the sturdy Secret Warriors Omnibus. 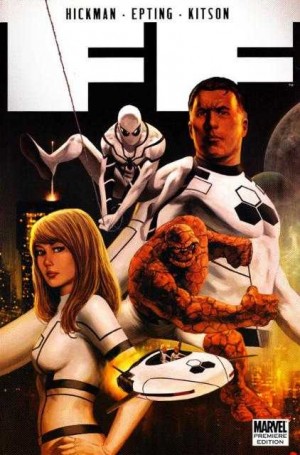 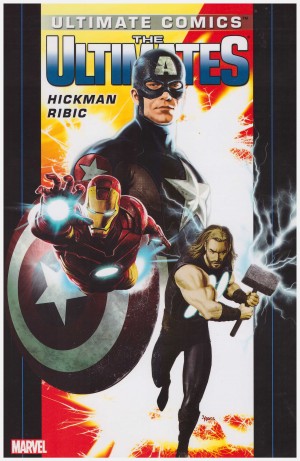