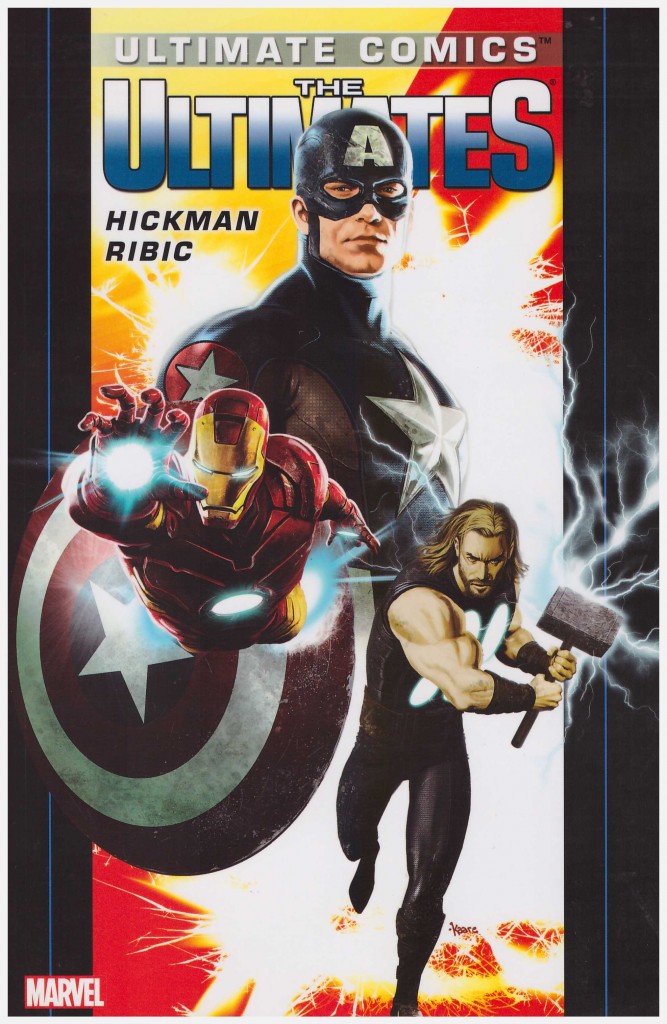 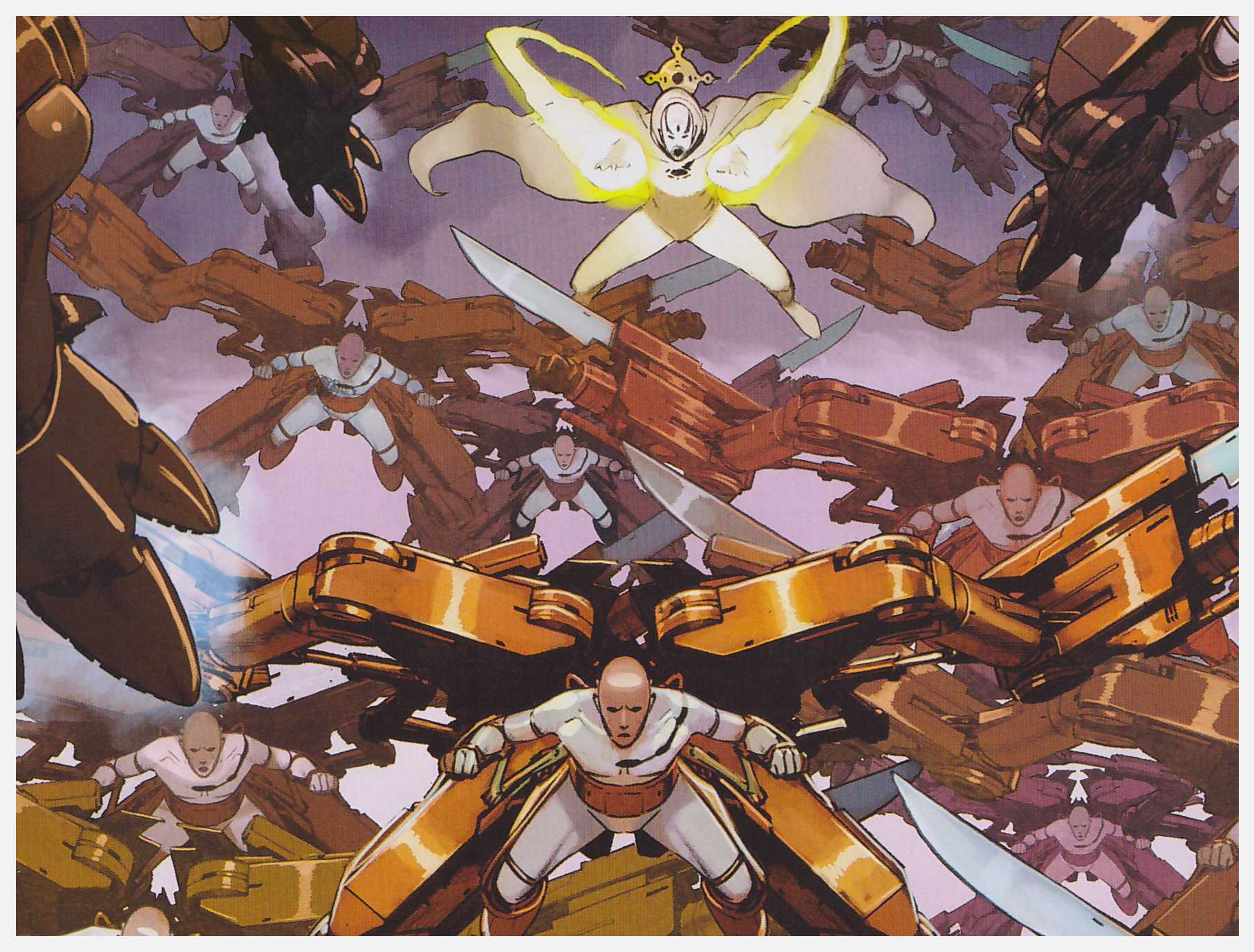 After the ninety car pile-up disaster of Jeph Loeb’s run on The Ultimates, Marvel wisely let the dust settle for a couple of years before re-booting the feature under the usually capable hands of Jonathan Hickman.

Hickman sets the scene brilliantly in the opening pages by focusing on just what Nick Fury, head of S.H.I.E.L.D. has to deal with on a daily basis: crises involving not only terrorists and natural disasters, but the whims of Gods and eccentric superheroes. When Montevideo is destroyed it only ranks third on his to-do list.

Much of Hickman’s work here (and on Avengers, Fantastic Four and Manhattan Projects) supplies a visionary view of science and technology as building a better future, and in all but FF it’s a future that evolves beyond the capacity to be contained. This is for better or for worse. The primary concern in this volume is a model society in which the pace of evolution is exponentially increased, enabling the inhabitants to cope with even the most powerful threats thrown at them. Behind it all, there’s a familiar face.

There’s not much indication that Hawkeye’s minimal participation in proceedings is because one entire cul de sac of the events introduced is covered in Ultimate Hawkeye. It should also be noted that Captain America’s dominant cover presence is misleading. He has a part to play, but it’s minor, and he only occupies half a dozen pages in the entire book, none of them in costume.

This is very much the template for what Hickman would later attempt with Avengers, utilising the same disjointed narrative structure and instilling a sense of even the most powerful beings on Earth being thrown into confusion and disarray. It’s not entirely successful. Even granting that this requires closer reading than some may be accustomed to when it comes to superhero material, there’s still an absence. The story leaps from level to level much as the future society he creates to face the Ultimates instantly reacts to danger by evolving, and when everything changes all the time there’s little to hold onto.

Hickman is a high-concept writer, and in a genre where perpetual recycling is state of the art, to complain about a constant stream of ideas being introduced may seem petty. Many of these ideas, though, never take root, so this has a further distancing effect. Some, though, are fascinating and explored. There are the tethers connecting Thor to Asgardian power, Steve Rogers’ resolute rejection of his previous life, and the limits of Tony Stark’s amorality. These are all neatly packaged with the points made. Hickman also enjoys the opportunity the Ultimate line affords for twisting the familiar, and the Earth as it’s known is significantly changed and considerably de-populated before the end of the book.