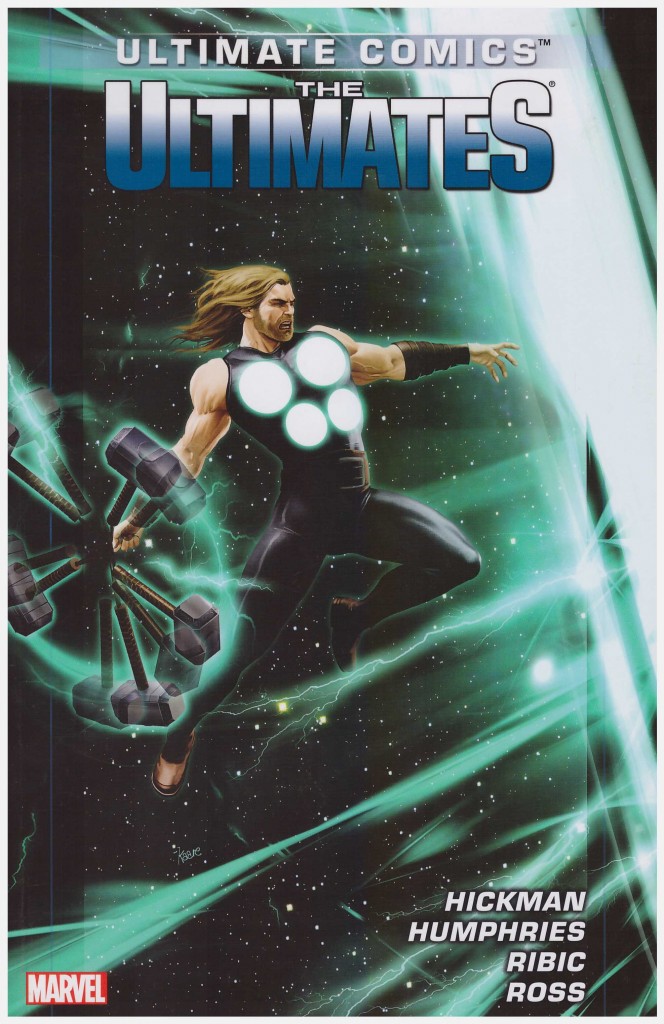 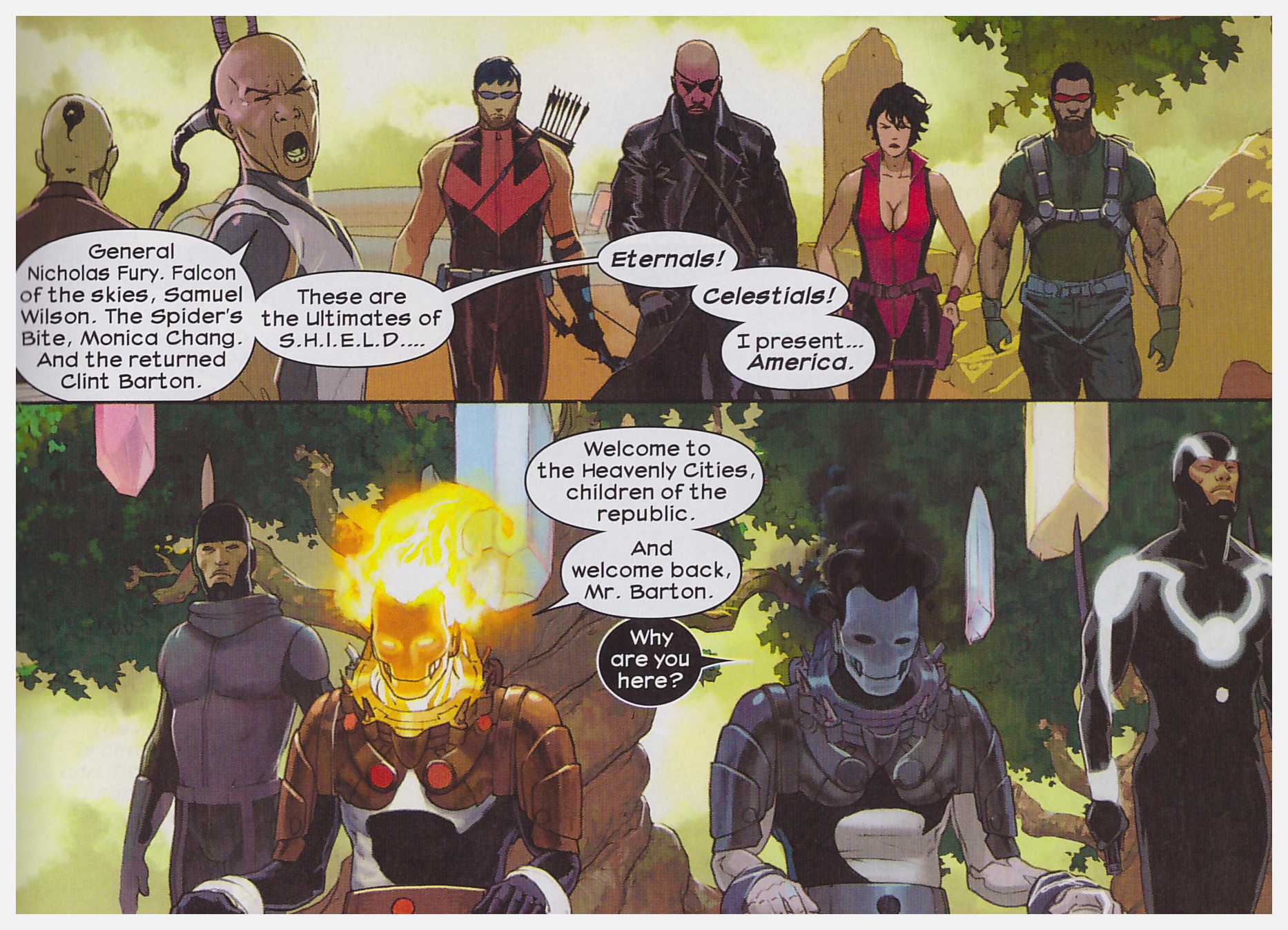 In volume one writer Jonathan Hickman established two world-threatening projects both of which are claiming to benefit mankind. A rapidly expanding and evolving society has taken over much of Northern Europe, and in South-East Asia there are societies led by two brothers creating superhumans in the hundreds of thousands. In essence these are two conflicting views regarding the purpose of evolution, and ordinary humans look to be surplus to requirement. With the Ultimates seemingly powerless against either threat the options are investigated. The President takes one, while Nick Fury and several Ultimates visit Asia.

There’s a real delight in reading dialogue such as “Ah. A precursor to a world mind”, “And an evolutionary step beyond the sentient zeitgeist”. It indicates ambition and thought, and for half the book that’s what we get with Hickman stepping up from a patchy first volume. Unfortunately the other half of the book is Sam Humphries concluding the plots Hickman has bequeathed, and it’s not the wide-ranging consideration of evolutionary process that takes precedence.

By most standards Humphries delivers a credible superhero story to wrap-up the book, but with one exception it’s entirely lacking in the inventive qualities that characterised the preceding work. It deconstructs the scope, reducing it to mundane, and the density is discarded along with several of the cast and sub-plots. The one inventive quality merely transfers a plot element being used by Hickman. Thor maintains conversations with dead comrades. Are they real, or has the loss driven him insane?

Artist Esad Ribić also departs halfway through, and we’re left with an entire troop of very skilled artists, with Luke Ross contributing the most pages, none of whom achieve Ribić’s eerie awe.

Not to worry, though, as Hickman eventually took over Avengers and this proved to be a trial run for the grandeur delivered there.