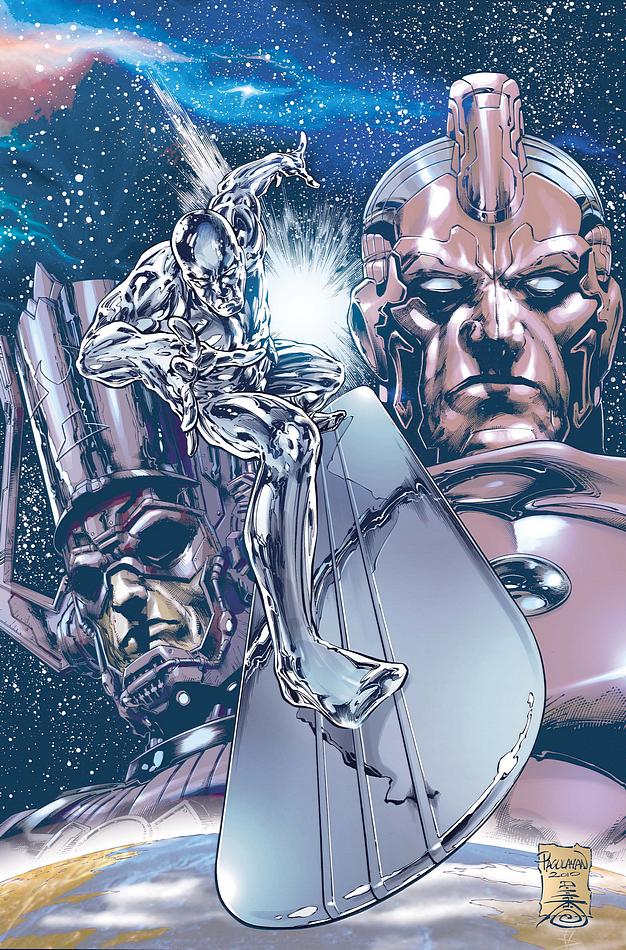 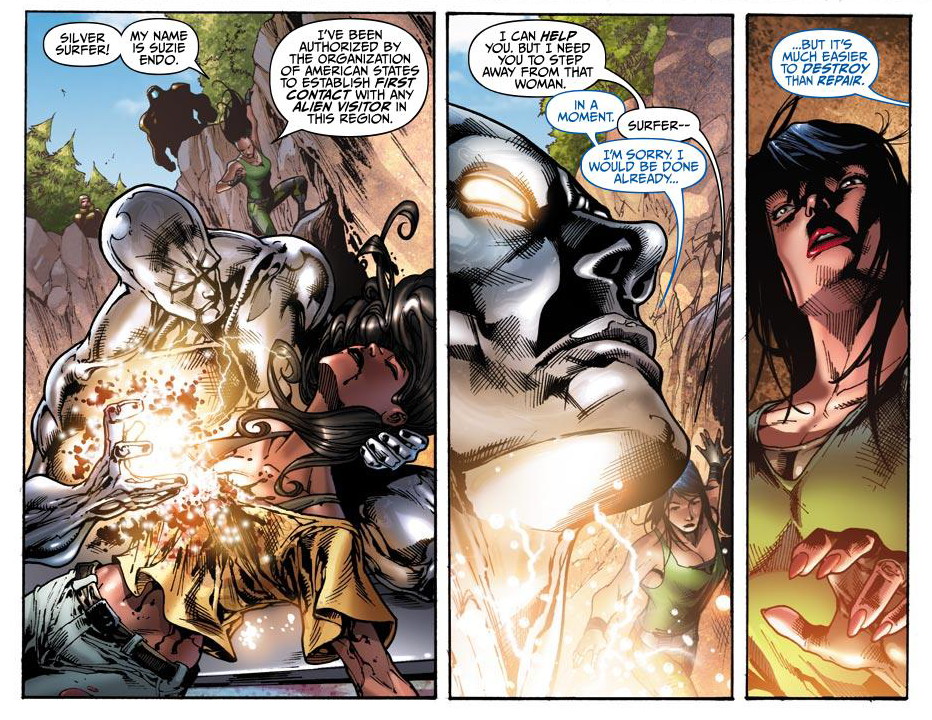 What is it about the Silver Surfer that despite myriad attempts since his 1960s introduction he’s only ever managed one series lasting over two years? Have successive generations simply no interest in the soul-searching, the hand-wringing and pontificating, the Jesus analogies, and the endless quest for answers? Is the Silver Surfer just plain boring?

In 2011 it was the turn of Greg Pak to answer those questions, and he possibly came up with the same answers as many before, as his Silver Surfer is unlike any seen for decades. For a little while at least. It’s not promising when the first page displays a lumpy, muscled Surfer rather than the sleek guardian of the spaceways, but Pak has defied convention elsewhere, and taking his lead from elements in Requiem he delivers one hell of a surprise to conclude the first chapter.

Pak’s inventive logic is applied to the High Evolutionary, once a human scientist with a predilection for genetic meddling, now far beyond with concerns that match. For reasons later revealed he needs the Silver Surfer’s power. Susie Endo will also be familiar to long-term Marvel readers, but her computing wizardry has never previously placed her in the vicinity of the Silver Surfer. Once again, Pak has an interesting take on her.

A manner of testing whether a plot fits a character is to speculate if that plot would work equally well with the lead character replaced, by say Spider-Man or Thor. That’s very definitely not the case here, and Pak achieves this despite some impressive meddling with the concept. Unfortunately the Fantastic Four and Galactus turn up, and it all rather falls to pieces.

The art isn’t as pleasing. Stephen Segovia starts pencilling, but by the second chapter he’s sharing the art with Harvey Tolibao, who in turn splits the third and fourth chapters with Iban Coello. If Marvel are asking people to pay good money for their books, couldn’t they at least ensure one artist draws all of what’s a five chapter story? None of the artists involved have a very pleasing style, and little of the graceful manner characterising the Surfer is visible here. Tolibao’s humans are poorly depicted as well, although much of that could be down to the varying quality of the army of inkers employed.